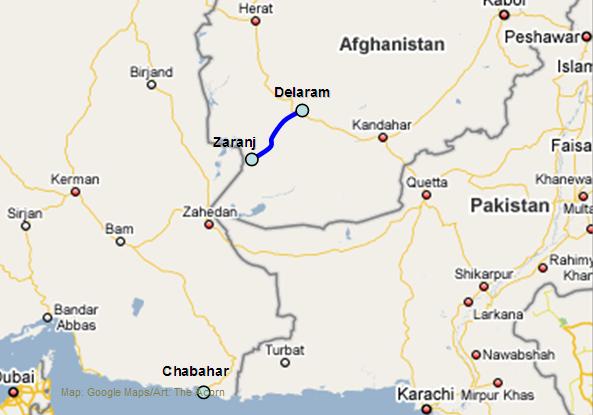 The first shipment of wheat on Sunday from Kandla port to Afghanistan via Iran’s Chabahar Port is cause for celebration in India. A surface route is not ethereal, unlike an air bridge; it is palpable, real, cost-effective and sustainable as an underpinning of the India-Afghanistan relationship for the medium and long-term. But it is easy to exaggerate the event as a political earthquake on the grounds that Chabahar route ‘bypasses’ Pakistan.

The Chabahar route no doubt helps India to access Afghanistan but the plain truth is that it will not significantly weaken the umbilical cords that tie that country to Pakistan at the societal, economic and political level. What it underscores is that India’s development assistance for Afghanistan can be rendered more efficiently if there is political will in Delhi.

The Indian analysts claim that Chabahar is a riposte to the China-Pakistan Economic Corridor – Gwadar port in particular. That is baloney. India is only developing a container terminal in the Chabahar port. From an Iranian perspective, Indian (or any foreign) assistance is welcome for the development of the backward Sistan-Baluchistan province bordering Pakistan. But Iran does not share India’s antipathy toward the One Belt One Road but instead hopes to be a regional hub for Chinese projects under the Belt and Road Initiative.

Tehran concludes that there is convergence possible as regards the imperative of Afghanistan’s stability and survival as a nation for regional security.

As regards regional connectivity, Iran’s focus is more on the North-South Corridor connecting it with Russia via Azerbaijan and an ambitious transportation route via Central Asia (Turkmenistan-Uzbekistan-Kazakhstan) connecting it with China. However, Iran welcomes the strengthening of relations with India and sees advantages in the Indian dependency on the Chabahar route, while it is under no illusions that Delhi, especially the Modi government, will not defy the US demands to set the parameters of India’s overall relationship with Iran.

Just as Iran does not have the capacity to influence US-Indian or Indian-Israeli relations, Delhi also cannot hope to make demands on Iran’s regional policies. Thus, relations with China are a top priority in Iran’s foreign policies. Equally, Tehran sequesters Iran-Pakistan relations from being influenced by Delhi, although it is a problematic relationship and Iran is a victim of cross-border terrorism originating from Pakistan.

Furthermore, Iran finds itself on the same page more or less as Russia, China, and Pakistan in regard to the US’ open-ended military presence in Afghanistan. India, on the other hand, is the only regional state that identifies with the Trump administration’s new Afghan strategy and would see in its opportunities for advancing Indian interests.

India cannot hope to make six shipments of wheat as aid for the Afghan people but for the access route through Iranian territory.

Suffice to say, Chabahar is a fine example of pragmatic cooperation between two countries with divergent approaches in their respective regional strategy. It is easy to both exaggerate and to gloss over the significance of Sunday’s event. Plainly put, India cannot hope to make six shipments of wheat as an aid for the Afghan people but for the access route through Iranian territory. The event calls attention to the critical importance of friendly ties with Iran, notwithstanding their low, unglamourous profile.

How far India is going to make use of the Iranian route to develop its meager relations with the Central Asian states (or Mongolia) remains to be seen. Suffice to say, India’s track record does not inspire hope.

Clearly, it is preposterous to see Chabahar as ‘rivaling’ Gwadar. According to reports, Iran hopes to join the CPEC and to have a rail link connecting Gwadar and Chabahar. Does the Chabahar route signify an Indian ‘geo-strategic push’? The answer is yes and no. Yes, insofar as India is now able to effectively render economic assistance to Afghanistan. But on the other hand, make no mistake, the biggest constraint still remains — namely, the limits to Indian capability to render aid to another country that is on the subsistence level, is a ‘basket economy’ and tottering on the brink of collapse.

Iran welcomes the strengthening of relations with India and sees advantages in the Indian dependency on the Chabahar route.

Besides, it is useful to remember that this Indian ‘geo-strategic push’ is entirely predicated on Iran’s goodwill. Therefore, isn’t this more of an Iranian ‘geo-strategic push’? Iran could have held back due to India’s exceptionally close ties with two of its sworn existential enemies — the US and Israel. But it didn’t. And, this at a time when India is cutting back on oil imports from Iran to make way for the US shale oil, which Trump is keen to sell to India. Now, that’s what makes platinum grade ‘geo-strategy’ — no matter the contradictions in Iran-India relations, Tehran concludes that there is convergence possible as regards the imperative of Afghanistan’s stability and survival as a nation for regional security. Which makes Iran so refreshingly different from India or Pakistan with their zero-sum mindset.