Change of guard in Islamabad: Who will fill Sharif’s shoes? 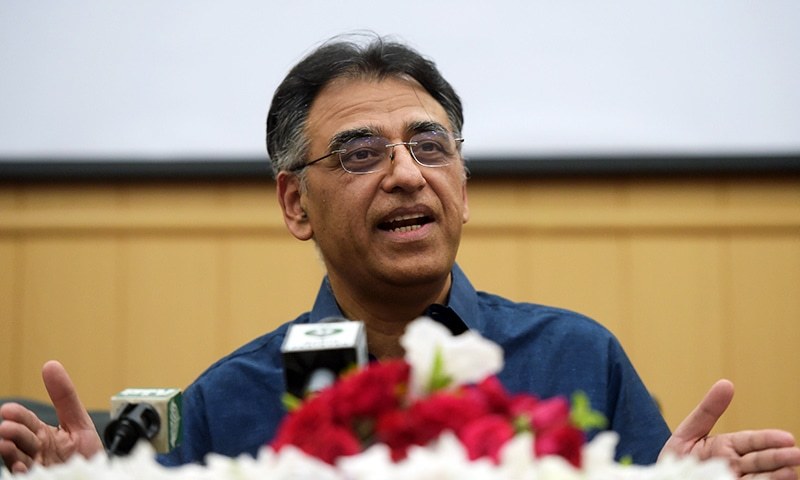 Rumors have been rife in the Capital that Khawaja Muhammad Asif, the current Minister of Defense and Federal Minister for Water and Power, will be the new Prime Minister in case Mr. Nawaz Sharif is disqualified by the Supreme Court of Pakistan. According to reports, this decision was taken in a high-level meeting of Pakistan Muslim League – Nawaz (PML-N) leaders after the Supreme Court reserved its judgment in the Panama Papers case on Friday.

These rumors have surfaced amid rising internal rifts within the ruling party. According to various sources, a few senior party leaders have resisted the proposal of replacing Mian Muhammad Nawaz Sharif with Khwaja Asif.

However, the flamboyant 67-year old minister has quashed these rumors. He addressed the media and said the party is not even thinking about the disqualification of the PM, yet alone a replacement.

The Hill Metal Trust Deed and the accusations on Ms. Mariam Nawaz of providing forged documents to Apex Court has exacerbated the problems for the current ruler of the country.

With the culmination of the proceedings of Panama Case, there is a good possibility that the prime minister might be disqualified. Nawaz Sharif himself has expressed his discontent over the poor defense of his cases by his lawyers. The Prime Minister has failed to satisfy the Supreme Court on a number of issues.

The revelation that Nawaz Sharif had obtained a work visa for Dubai and had received salary from Capital FZE while acting as the Prime Minister of Pakistan, along with his failure to provide a money trail for the businesses set up in Gulf countries and the UK, might lead to his disqualification. The Hill Metal Trust Deed and the accusations on Ms. Mariam Safdar-Nawaz of providing forged documents to Apex Court have exacerbated the problems for him.

The Prime Minister Secretariat is emitting feelers that the Prime Minister might have to resign and this is forcing the ruling party to think about a potential ‘weak’ alternative that will not threaten the Sharifs in the long run.

Several names being floated to take over the top seat in the country include Shahid Khaqan Abbasi, the Minister of Petroleum and Natural Resources, Ahsan Iqbal, the Minister of Planning and Development of Pakistan, Ayaz Sadiq, the Speaker of the National Assembly, Khwaja Muhammad Asif, the Minister of Defense and Federal Minister for Water and Power and Iqbal Zafar Jhagra, Governor of KPK.

It will be safe to assume that even after the speculated disqualification of the Mian Nawaz Sharif, he will continue to influence the office of the Prime Minister from Raiwind.

Kalsoom Nawaz, the wife of the current Prime Minister was also considered for the premiership however, the fact she was not a member of National Assembly or Senate, torpedoed this proposal.

It will be safe to assume that even after the speculated disqualification of the Mian Nawaz Sharif, he will continue to influence the office of the Prime Minister from Raiwind. Khwaja Asif is being proposed as he is expected to be a potentially weak Chief Executive. He does not have much influence in Punjab and has little power to challenge the current ruling family. Moreover, Khwaja Asif is closer to Nawaz Sharif then he is to Shahbaz Sharif which is another reason of him being supposedly preferred over his colleagues in the party.

Internal rifts within the ruling party

In all the fiasco in Islamabad, one man seems to be missing from the picture. Ch. Nisar, who is famous for his long press conferences, has been unusually quiet. It has been reported on various TV channels that Mr. Nisar is quite unhappy with the proposal of appointing Khwaja Muhammad Asif as the alternative Prime Minister.

One might ponder that why Mr. Nisar should not be Mr. Nawaz’s replacement. Chaudhary Nisar belongs to Potohar region of Punjab and has strong connections with the military establishment and the Chief Minister of Punjab.

Mr. Nisar is one of the senior most party leaders in PML-N. He remained loyal to Nawaz Sharif through thick and thin. Since the beginning of his political career, he remained affiliated to PML-N while many other leaders in the party switched affiliations. According to reports, Mr. Nisar has expressed his willingness to the appointment of Ayaz Sadiq or Shahid Khaqan Abbasi as the next premier since they are senior leaders but will openly oppose Khwaja Asif’s appointment.

Read more: Opposition buoyant as the Panama judgment is reserved

It is clear to all that Mr. Nisar will himself not be Mr. Nawaz’s replacement. Chaudhary Nisar belongs to Potohar region of Punjab and has strong connections with the military establishment and the Chief Minister of Punjab. Mr. Nisar enjoys considerable influence over the entire Potohar belt. Moreover, he is respected by many leaders on both sides of the isle. He is considered as a strong man with an ability to make independent decisions.

All these qualities do not suit the current Prime Minister and he has been sidelined which is a reason for his distaste. Will Nisar jump the ship? Will he be the whistleblower or will he patch up? These questions will be answered in the next few days.

Previous articleThe psychology behind defending the Sharifs
Next articleGHQ may save the day for Nawaz !

17 September 2021
Previous articleThe psychology behind defending the Sharifs
Next articleGHQ may save the day for Nawaz !