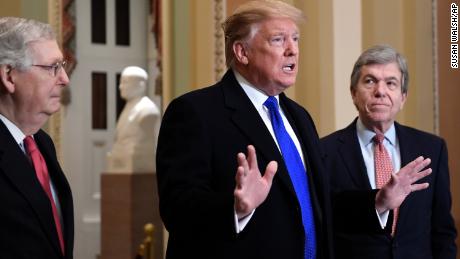 More vitriolic stuff is appearing in print pointing toward the US State Secretary Rex Tillerson leaving the ship. The National Interest carried a piece in the weekend titled Is This It For Rex Tillerson? It begins dramatically: “If the whispers around Washington are to be believed… Tillerson is a marked man. Word is that the former titan of ExxonMobil could be out by Halloween… But there remains a little question that Tillerson’s relationship with the president has deteriorated. The native Texan… is seen as just not respecting Trump.”

Pretty savage journalism. When is Halloween 2017 — the time in the liturgical year dedicated to remembering the dead? October 31.

The helm of affairs, Tillerson struck up a rapport with Lavrov and Chinese Councilor Yang Jiechi, which has gone a long way to steer the US’ two most consequential relationships through choppy waters

Indeed, there have been cases of US secretaries of the state having resigned, the most famous being of America’s first secretary of state Thomas Jefferson (1790-1793), who resigned expressing concern, amongst other things, over America’s neutrality in the French Revolution. Jefferson stuck to his pro-France stance even during the Reign of Terror when the revolution began devouring own children. He defiantly refused to disavow the French Revolution on the famous plea, “To back away from France would be to undermine the cause of republicanism in America.” Jefferson (who later became president) left the cabinet voluntarily. President George Washington never forgave him and never spoke to Jefferson again.

Tillerson, if he leaves, will be leaving under vastly different circumstances – although he has been feeling uncomfortable with President Donald Trump’s foreign policy forays – on trans-Atlantic relations, NATO, Qatar, North Korea and so on. Tillerson is a reluctant “cold warrior”. On Thursday, President Vladimir Putin quipped while responding to an American moderator at the Eastern Economic Forum meet in Vladivostok: “We once awarded the Order of Friendship to your compatriot Mr. Tillerson but it looks like he has gotten mixed up with the wrong company and is kind of drifting in the wrong direction.”

But Putin quickly added, “I hope the wind of friendship and interaction will eventually lead him to the right course.” Tillerson drew a lot of flak back home for being a recipient of the Order of Friendship from Russia. It was unkind criticism and only underscored the toxic political climate in the US. Tillerson is quintessentially a clever and efficient executive, wise to the world’s wickedness yet unshakably decent at heart. He never really belonged to the world of chaos that Trump cherishes.

The really shocking thing is about the three names being mentioned as his possible replacements – former Deputy Secretary of State John Bolton, chief of staff John Kelly and envoy to the UN Nikki Haley. All three would be obnoxious choices. Bolton is an incorrigible neocon; Kelly is a one-dimensional military man, and Haley is plain dumb. All three are fired up by grandiloquent notions of American hegemony. It will be America’s great misfortune if any of them holds the responsibility to steer the US’ inexorable decline in world politics.

Trump has no cohesive foreign policy, he is impulsive and unpredictable, and his White House is a vicious snake pit. In the prevailing civil war conditions, a foreign policy consensus remains elusive

However, it may be difficult to persuade any cerebral mind to take up a job in Trump’s foreign-policy team. Trump has no cohesive foreign policy, he is impulsive and unpredictable, and his White House is a vicious snake pit. In the prevailing civil war conditions, a foreign policy consensus remains elusive. Tillerson has been a steadying influence. He had good days and bad days. But the good days made all the difference.

Jefferson stuck to his pro-France stance even during the Reign of Terror when the revolution began devouring own children. He defiantly refused to disavow the French Revolution on the famous plea

Just 48 hours after the US intelligence illegally occupied the Russian consulate general in San Francisco, Tillerson was on the line Tuesday, calling Russian counterpart Sergey Lavrov – ostensibly to share assessments on the situation on the Korean peninsula following Pyongyang’s latest nuclear and missile tests. At the end of the telephone conversation, Tillerson calmly listened to Lavrov’s strong protest on the seizure of the Russian diplomatic property. He probably dialed up Lavrov in the first instance to remind the latter how much is at stake for global balance and stability.

Tillerson has been an invaluable interlocutor for both Moscow and Beijing. In the short while at the helm of affairs, he struck up a rapport with Lavrov and Chinese Councilor Yang Jiechi, which has gone a long way to steer the US’ two most consequential relationships through choppy waters.

Whatsapp down: Messaging app stops working for users across the world

Twitter reacts strongly to the shortage of Rooh Afza in India