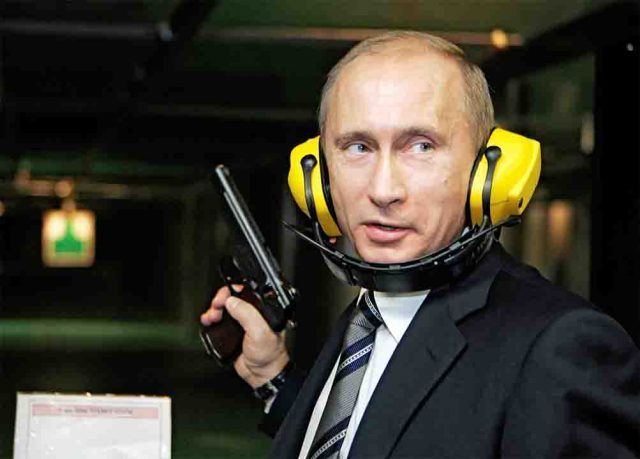 The world’s chemical weapons watchdog is set to convene Monday to discuss the suspected toxic gas assault in Syria that prompted an unprecedented wave of Western strikes, as its inspectors probe the attack near Damascus. As the on-the-ground investigation gets under way, the fallout from the US-led response continued to reverberate, with French President Emmanuel Macron claiming to have persuaded President Donald Trump to keep his troops in Syria.

And in London, British Prime Minister Theresa May was to face an emergency parliamentary debate Monday over her country’s part in the operation. The US-led strikes were the biggest international attack on President Bashar al-Assad’s regime since the start of Syria’s seven-year war.

They have risked a confrontation with Moscow, the Syrian regime’s top ally, with President Vladimir Putin warning that fresh attacks would spark “chaos”, while Washington vowed economic sanctions against Russia rather than further military action.

A Western draft resolution obtained by AFP at a meeting of the UN Security Council Saturday calls for unimpeded deliveries of humanitarian aid and enforcement of a ceasefire, along with demands that Syria engage in UN-led peace talks.

US, French and British missiles destroyed sites suspected of hosting chemical weapons development and storage facilities Saturday, in a move lauded by President Donald Trump as “perfectly executed” — although the buildings were mostly empty and both Damascus and Syria’s opposition rubbished its impact.

The Western trio swiftly reverted to diplomatic efforts, with leaders facing flak at home over the punitive attack. But their unified stance appeared to be shaken Sunday when Washington knocked back French President Emmanuel Macron’s claim that Paris had convinced Trump to stay engaged in Syria “for the long-term”.

White House spokeswoman Sarah Sanders said the US mission “has not changed” and Trump wanted troops home “as quickly as possible”. Saturday’s strikes came just hours before a team of experts from the Organisation for the Prohibition of Chemical Weapons arrived in Damascus.

They have been tasked with investigating the site of the alleged April 7 chemical attack in the town of Douma, in the formerly rebel-held enclave of Eastern Ghouta, which Western powers said involved chlorine and sarin, and killed dozens.

British Prime Minister Theresa May was to face an emergency parliamentary debate Monday over her country’s part in the operation. The US-led strikes were the biggest international attack on President Bashar al-Assad’s regime since the start of Syria’s seven-year war.

The OPCW is set to meet in the Hague on Monday over the attack, although there have been no signs yet that the investigators have travelled to Douma to begin their fieldwork. The inspectors will face a difficult task, with all key players having pre-empted their findings, including Western powers, which justified the strikes by claiming they already had proof such weapons were used.

The team will also have to deal with the risk that evidence may have been removed from the site, which lies in an area that has been controlled by Russian military police and Syrian forces over the past week. “That possibility always has to be taken into account, and investigators will look for evidence that shows whether the incident site has been tampered with,” Ralf Trapp, a consultant and member of a previous OPCW mission to Syria, told AFP.

The OPCW declared that the Syrian government’s chemical weapons stockpile had been removed in 2014, only to confirm later that sarin was used in a 2017 attack in the northern town of Khan Sheikhun. “We will ensure they can work professionally, objectively, impartially and free of any pressure,” Assistant Foreign Minister Ayman Soussan told AFP.

Just hours after the Western strikes, the Syrian military declared it had fully retaken Eastern Ghouta, in a key victory for the resurgent regime, which had launched a blistering two-month assault on the opposition stronghold.

US leader Trump exclaimed “Mission Accomplished” after the pre-dawn strikes that lit up the sky around Damascus in a tweet that drew swift derision from his critics and parallels with president George W. Bush’s notoriously premature Iraq war victory speech on an aircraft carrier 15 years ago.

The Pentagon said no further action was planned but Washington’s envoy to the United Nations, Nikki Haley, warned that the US was “locked and loaded” should another gas attack occur. Haley later told CBS that sanctions would be announced, likely on Monday, against Russian companies supplying the Syrian regime.

Speaking to Rouhani by telephone the day after US-led strikes on suspected chemical weapons facilities, Putin said “if such actions, carried out in violation of the United Nations Charter, are repeated, that would inevitably provoke chaos in international relations,” according to a statement from the Kremlin.

The two leaders “found that this illegal action seriously damaged the prospects of a political settlement in Syria,” the statement said. The United States, France and Britain on Saturday launched strikes against Bashar al-Assad’s government a week after an alleged chemical attack in the Syrian city of Douma, just east of the capital Damascus.

They have been tasked with investigating the site of the alleged April 7 chemical attack in the town of Douma, in the formerly rebel-held enclave of Eastern Ghouta, which Western powers said involved chlorine and sarin, and killed dozens.

Putin denounced on Saturday “with the utmost firmness” the strikes which he described as “an act of aggression against a sovereign state which is at the forefront of the fight against terrorism”. Putin told his Iranian counterpart Hassan Rouhani, also an Assad ally, that any new Western strikes in Syria would provoke “chaos in international relations,” a Kremlin statement said.

Assad denounced a “campaign of deceit and lies at the (United Nations) Security Council” after a push by Moscow on Saturday to condemn the strikes fell far short. Macron insisted in an interview Sunday that France had “not declared war” on Syria, striving to underscore Paris’ justification for the attacks.

Britain’s May will also defend London’s participation in parliament Monday, after opposition parties claimed the attacks were legally dubious and should have been approved by lawmakers. Western leaders have called for a fresh diplomatic push, aiming to end a conflict that has killed more than 350,000 people and displaced half of Syria’s population.

A Western draft resolution obtained by AFP at a meeting of the UN Security Council Saturday calls for unimpeded deliveries of humanitarian aid and enforcement of a ceasefire, along with demands that Syria engage in UN-led peace talks. But Russia has blocked countless resolutions against its Syrian ally and the regime has appeared determined to continue its military reconquest of the country.

“For all the sound and fury of these strikes, their net effect is a slap on the wrist of Bashar al-Assad,” said Nick Heras, an analyst at the Center for a New American Security.

Imran and Boris are same when it comes to women: Reham Khan