China: A story of a great transformation 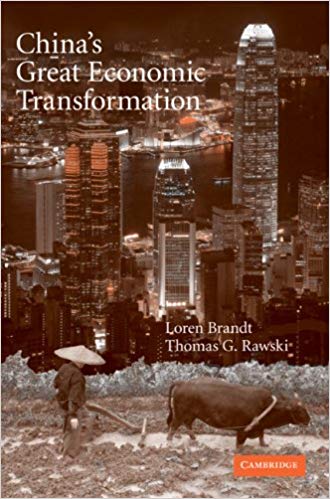 I recently embarked on a journey to China for three weeks to attend a Seminar on New Energy Industry Cooperation for Developing Countries, where the tremendous success in sustainable development in almost all walks of life was worth witnessing. The ongoing transformation from an agrarian to a robust economy is simply phenomenal. China consists of a land area of 9.6 million square kilometers (Pakistan: 0.88 million sq kms); third largest country in the world, next to Russia and Canada; is as large as Europe, or 1/3rd of Africa; having a population of 1.4 billion, accounting for close to 20% of global total; most populous and largest developing country in the world. China is the largest energy consuming country, taking up 23 % of global energy consumption, largest manufacturing and largest material consuming state.

The continent-sized realm is the second largest economy and largest trading nation in the world with 2017 nominal GDP estimating to US $ 11.8 trillion (Pakistan: US $ 0.3 trillion) which accounts for approximately 18% of the global total; next only to United States (US $ 18.5 trillion). China has been the largest foreign investment destination in recent times. Average life expectancy is 76 years (world average: 69.6 years, Pakistan: 66 years). Services’ share of GDP: 50.5%, manufacturing: 40.5% and agriculture: 9% (2015 estimates). Investment’s share of GDP is 54.4% with a Private sector’s share of GDP is over 60%; 16 million private businesses. New jobs created in 2015 were 13 million; largest in history. The annual growth rate has been close to 10% for 34 years; out of a population of one billion, 676 million people were extricated out of poverty in the period from 1981 to 2015. It is an unprecedented achievement in history and is being hailed by the United Nations.

China is the leading global producer and consumer of steel, cement, coal, electricity, machinery, and other items to include footwear and home appliances.It is the world’s largest producer and exporter of over 200 industrial products.In 2014, it produced 60% of global output of power generating equipment, 70% of mobile phones and computers, 41% of ships, and 25% of cars. 2014 steel output was 823 million tons, which was over 50% of world total (EU: 10%). 29 of 75 most dynamic cities in the world are in China. Two billion square meters of buildings are constructed in China annually, accounting for 42% of buildings constructed globally. Two-thirds of new airports under construction in the world are in China. China’s electricity generation capacity as of the year 2016 was 1649 GW (coal: 943 GW; thermal, natural gas, biomass: 114 GW, Hydro: 332 GW, Wind: 149 GW, Solar: 77 GW, Nuclear 34 GW).

Apart from learning about the subject matter of the seminar, I was equally keen to relate Pakistan’s challenges to those of China. The comparative contemplation suggests that China was not subjected to conquest by external civilization, as was the case in other parts of the world, including the subcontinent (Pakistan), therefore Chinese cultural heritage persisted uncontaminated for several millennia. China had been an inward-looking power; the Great Wall (entire wall with all of its branches measure out to be 21,196 km according to an archaeological survey) was built to defend itself, not for expansion. A recorded uninterrupted history of over 4,000 years, making it only surviving ancient civilization in the world. China invented gunpowder, the compass, printing, and papermaking, which exerted a profound impact on the evolution of human civilization.

Read more:Will China be able to defeat USA in a direct military…

China has always been a secular country. Unlike Pakistan or many Western countries, it has no state religion. The power of the state has always been much greater than that of religion. Religion’s role in shaping the Chinese mind is far less important than Confucianism. Religion’s impact on the evolution of Chinese culture is limited. China does not have a messianic culture of converting others. Hence, the cause of China’s development despite the absence of religious domination is achieved by advancing human value system, hard work, patriotism and meritorious policies. Pakistan, instead of capitalizing on all these principals well professed in Islam in addition to spirituality & infinitely lot more, has gone astray.

From the perspective of ethnic assimilation, there are 56 ethnic groups in China. The Han people, the largest group, accounts for 92% of China’s total population, so the Chinese culture generally refers to the culture of the Hans. The remaining 55 minority groups are mostly in southwest, northwest and northeast China. Pakistan, on the other hand, is still facing the challenge of bringing about the desirable level of harmony among its Punjabi, Pashtun, Sindhi, Balochi & Urdu speaking ethnic entities.

China remained under imperial rule until 1911. The Chinese empire reached a golden age in the Tang and Song Dynasties (618-1279) — largest economy in the world. That period is also recognized as Golden Era of Muslim civilization. The Silk Road linked China with the West. It saw a fast decline in the Qing Dynasty in the 18th century. Chinese rulers religiously believed in the superiority of imperial China and refused to open the country to the rest of the world. Thanks to the Industrial Revolution, the West closed the gap with China and surpassed it. Chinese consider the 19th century as a century of humiliation for themselves. The western powers, in the period following the occupation of the subcontinent (today’s Pakistan), forced open China’s door, occupied parts of the country and imposed unequal treaties upon it. Hong Kong and Macao respectively came under British rule and Portuguese rule, and Taiwan was occupied by Japan. This is why till today, the Chinese are still sensitive about foreign interference in China’s internal affairs.

Private businesses now account for over 70% of the national total, contribute to over 60% of China’s GDP and create over 90% of new jobs in China.

The Republic of China was founded in 1911; the Nationalist Party gained power. The Communist Party of China was formed in 1921. The Nationalist Party tried to suppress the CPC, triggering a prolonged civil war. It was the time when freedom movement was striving to attain pace in British Indian Empire and political parties in the likes of Indian National Congress & All India Muslim League were newly formed. After the victory in the war against Japanese aggression, the Nationalist Party provoked a civil war against the CPC, but it was defeated and fled to Taiwan. On October 1, 1949, Mao Zedong, leader of the CPC, proclaimed the founding of the People’s Republic of China, just two years after the independence of Pakistan. This ushered in a new historical stage in contemporary China.Fortunate to have Mao for the next 27 years after independence, China achieved political stability, which is the most important pre-requisite in triggering the development of any nation.

Read more:Taiwan’s President says it will not seek war with China

Pakistan, unfortunately, lost its founding father Quaid-e-Azam Muhammad Ali Jinnah just after one year of independence and hence is striving to acquire political stability. Due to political steadiness and peace, China attracted mammoth foreign direct investment. Private businesses now account for over 70% of the national total, contribute to over 60% of China’s GDP and create over 90% of new jobs in China. It provides optimum utilization of Chinese youth & manpower, unlike Pakistan despite accumulating very large young population, where lack of job creation makes Pakistani youth prone to be exposed to religious fanaticism and erosion.

Western democracy has done well in those parts of the world where people become rational enough to distinguish between right & wrong and wherein a common man was capable enough to be given the right to elect his representative. Can such political system thrive in Pakistan in present circumstances is a food for thought.

China’s mix of energy consumption is Coal: 66%; oil & natural gas 17.1 %; hydro, nuclear, wind and solar power: 16.9%. Coal is a dirty energy, creating acid rain affecting 1/3rd of China’s land area. Though a major cause of carbon emission and pollution, since it is their indigenous resource, they have been heavily depending on it during their initial developmental stage instead of depending on foreign resources. But as they are now generating enough electricity to cope up with their essential demand, China has started to invest heavily in renewable & clean energy projects.Pakistan may also adopt a similar energy policy of self-sufficiency and dependence on local resources instead of relying on foreign fossil fuel resources.

China ranks 79th on 2016 global corruption perceptions index (Pakistan ranks 116th) and about 240 ministerial-level officials have been apprehended in last three years on corruption charges.  The country is governed by the Communist Party of China; CPC-led multi-party cooperation and political consultation system termed as People’s Democratic Dictatorship. Western democracy has done well in those parts of the world where people become rational enough to distinguish between right & wrong and wherein a common man was capable enough to be given the right to elect his representative. Can such political system thrive in Pakistan in present circumstances is a food for thought.

Significant to my understanding and on a personal note, like in most of the western countries, Chinese, as we generally hold, compromise on personal hygiene by consuming pork & alcohol, etc.; and by not rinsing concerned body parts after every lavatory use, but still their life expectancy is 76 years in comparison to 66 years in Pakistan, which construes that this particular aspect, considered essential in our society for improving health conditions, has less to do than other factors such as consuming nutritious & uncontaminated food, clean water, social harmony, economic well being in society, access to justice, physical exertion & walk in everyday life.

Umair Aslam is an Electrical Engineer, working in Islamabad Electric Supply Company as Additional Executive Engineer. The views expressed in this article are the author’s own and do not necessarily reflect Global Village Space’s editorial policy.