China and India are face to face on the matter of annexation of Ladakh and Indian demands for sovereignty and territorial integrity seems ludicrous. India seeks international legitimization for its actions but China has a far better grip on things. 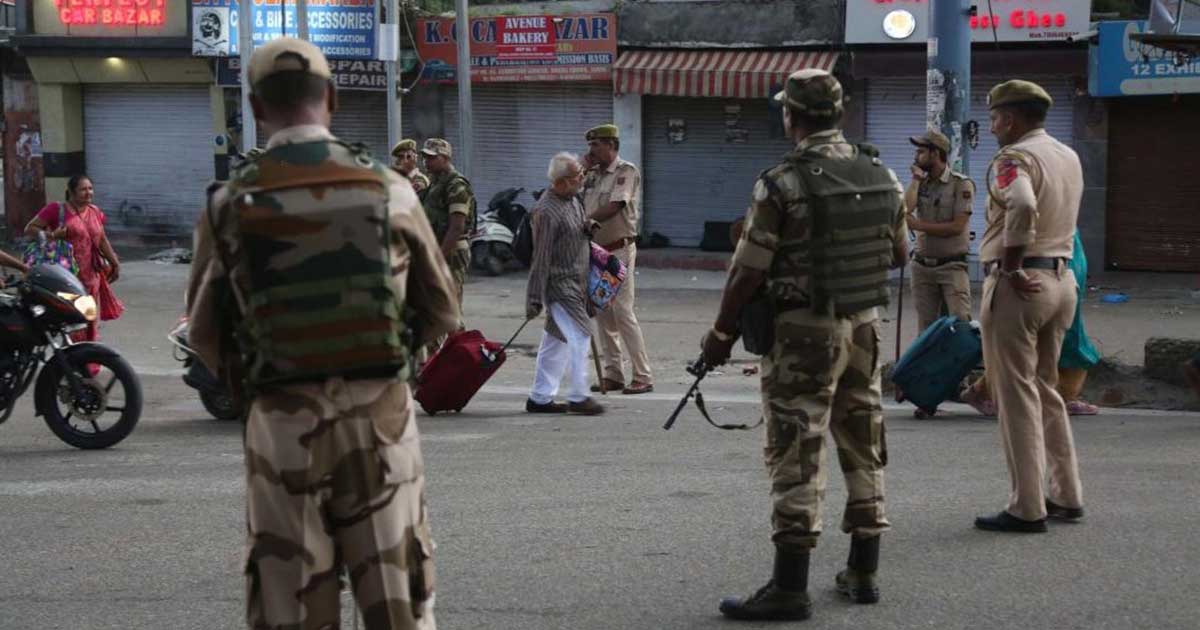 The so-called “Wuhan spirit” that was supposedly revived during last month’s “Chennai Connect” between President Xi and Prime Minister Modi appears to have prematurely dissipated into the ether following India’s “official” “bifurcation” of the UNSC-recognized disputed territory of Jammu & Kashmir on Thursday after de-facto annexing it in early August, which prompted China to chastize New Delhi for so blatantly breaking international law and infringing on its territorial integrity.

Reuters quoted Chinese Foreign Ministry spokesman Geng Shuang as saying that “The Indian government officially announced the establishment of so-called Jammu Kashmir territory and Ladakh Union territory which included some of China’s territory into its administrative jurisdiction. China deplores and firmly opposed that. India unilaterally changes its domestic law and administrative divisions, challenging China’s sovereignty and interests. This is awful and void, and this is not effective in any way and will not change the fact that the area is under China’s actual control.”

Indian Ministry of External Affairs spokesman Raveesh Kumar lashed out at his country’s neighbour in response by saying that “We expect other countries to respect India’s sovereignty and territorial integrity. China continues to be in occupation of a large tract of the area in UTs of J-K, and Ladakh. It has illegally acquired Indian territories from PoK under so-called China-Pakistan boundary agreement of 1963.” Without a doubt, one of the two territorial disputes between these two BRICS and SCO member countries has once again returned to the fore of bilateral relations and is threatening the cohesiveness of the emerging Multipolar World Order, begging the question of why India decided to tempt the dragon in the first place through its annexation of Kashmir in early August.

The answer is multifaceted but comes down to a mix of the Indian leadership’s hubris in underestimating the reaction of the international community (and especially the Chinese and Pakistani stakeholders in this dispute) and a desire to signal to the rest of the world that India is as “exceptional” of a country like the US which can ignore international law so long as it claims that doing so is in the national interest.

None of this is a coincidence either since India is the US’ primary “Lead From Behind” partner for “containing’ China through the “Indo-Pacific” strategy, which is proven by the South Asian state having entered into a fast-moving military-strategic partnership with America in recent years through the “Logistics Exchange Memorandum Of Agreement” (LEMOA) that they clinched which allows each country’s military to use some of the other’s relevant facilities on a case-by-case “logistical” basis, to say nothing of India being designated as the US’ first and only “Major Defense Partner”.

American arms exports to India have surged so much over the past decade that it’s now New Delhi’s third-biggest supplier, which contributed together with their mutual “Israeli” ally’s exports to that country to the Stockholm International Peace Research Institute (SIPRI) reporting earlier this year that Russia’s sale of military equipment to India had dropped by 42% over the past decade.

It’s therefore not for naught that Director-General of the influential Russian International Affairs Council (RIAC) Andrey Kortunov warned back in February that “Today we are witnessing an attempt by the United States to replicate the successful approaches of Henry Kissinger taken in the 1970s and to build a Eurasian geopolitical triangle. The difference is that the USSR is replaced by China, and China is replaced by India.”

Even so, Russia isn’t going to “lose” India without a fight, recently reinvigorating relations during September’s Eastern Economic Forum in Vladivostok by agreeing to establish the game-changing Vladivostok-Chennai Maritime Corridor (VCMC) between the two, which is envisaged as becoming a crucial part of Russia’s larger geopolitical “balancing” act between India and China. Simply put, Russia cannot afford to lose the billions of dollars of deals that it reaches with India each year, especially not during its ongoing economic systemic transition, hence why it also wholeheartedly backed India’s annexation of Kashmir back in August despite China’s vehement opposition.

This brings the analysis back to talking about the international legal and subsequently strategic consequences of India going through with its so-called “bifurcation” on Thursday, which are that China proved to the rest of the world that it’s actually a defender of the UN-centric world order whereas America’s new military-strategic partner India is following in its superpower patron’s shoes by destabilizing this same order for self-interested reasons.

The resultant outcome is that the security dilemma between the two Asian Great Powers has noticeably spiked and the Kissingerian scenario that Kortunov warned about is being advanced at an accelerated pace. India’s territorial pretensions to Chinese-held Aksai Chin through this pseudo-“legal” move are completely unacceptable to the People’s Republic, which won’t tolerate such actions no matter how much it wishes that relations with New Delhi were different and the two could jointly cooperate to the benefit of all Asians instead of India doing the US’ dirty work in attempting to divide and rule the continent by proxy.

Andrew Korybko is a political analyst who specializes in Russian affairs and geopolitics, specifically the US strategy in Eurasia. His other areas of focus include tactics of regime change, color revolutions and unconventional warfare used across the world. His book, “Hybrid Wars: The Indirect Adaptive Approach To Regime Change”, extensively analyzes the situations in Syria and Ukraine and claims to prove that they represent a new model of strategic warfare being waged by the US. The article originally appeared at One World Global Think Tank and has been republished with the author’s permission. Views expressed in this article are author’s own and do not necessarily reflect editorial policy of Global Village Space.

Previous articleVibrant Lahore Declared ‘City of Literature’ by UNESCO
Next articlePeshawar National Games: City We Do Not See & City We Need To See

23 June 2021
Previous articleVibrant Lahore Declared ‘City of Literature’ by UNESCO
Next articlePeshawar National Games: City We Do Not See & City We Need To See