China is overtaking US in artificial intelligence: researchers 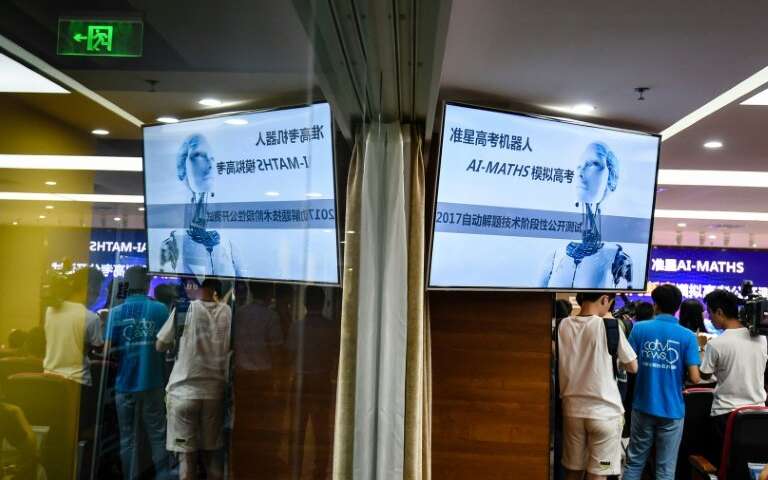 China is poised to overtake the United States in artificial intelligence with a surge in academic research on the key technology, an analysis published Wednesday showed.

The analysis by the Allen Institute for Artificial Intelligence showed China has already surpassed the US in published papers on AI — although many of these were considered “medium-quality” or “low-quality.”

US think tanks and researchers have recently called on Washington to develop a national AI strategy to encourage more work in the private and public sectors on the technology.

The findings highlight concerns in Washington and Silicon Valley that China is racing ahead of the US in key areas of technology such as autonomous vehicles, virtual reality and fifth-generation wireless networks.

Allen Institute researchers Field Cady and Oren Etzioni said the surge in AI investment in China began more than a decade ago, well before the 2017 announcement by Beijing that it planned to become the world leader in the sector by 2030.

“By most measures, China is overtaking the US not just in papers submitted and published, but also in the production of high-impact papers,” the researchers said in a blog post. They added that new US measures that tighten immigration could make it harder for the US to keep up.

“Recent US actions that place obstacles to recruiting and retaining foreign students and scholars are likely to exacerbate the trend towards Chinese supremacy in AI research,” they wrote.

US think tanks and researchers have recently called on Washington to develop a national AI strategy to encourage more work in the private and public sectors on the technology.

Last month, President Donald Trump signed an American AI Initiative executive order calling for the administration to “devote the full resources of the federal government” to help fuel AI innovation, although analysts said it fell short of a comprehensive strategy.