China killing CIA spies, but why is the US spying on China? 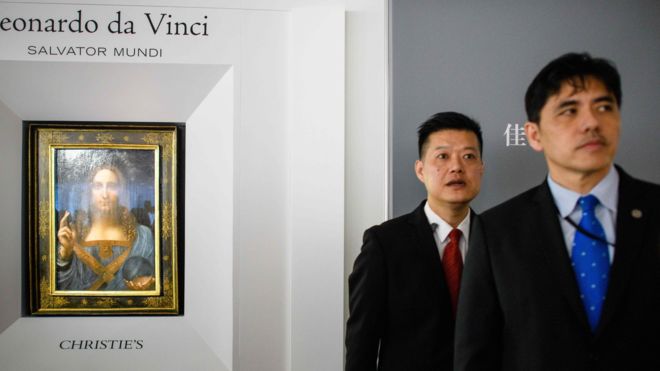 In its May 20 edition, the New York Times reported that between 2010 and 2012, China executed at least a dozen spies for the CIA. The report, which was based on information received from unnamed U.S. officials, stated that one spy was executed in the courtyard of a government building to serve as a warning to others who might also be working for the CIA.

Wait a minute! I thought the Cold War ended in 1989. Isn’t that what everyone told us? If that’s true, then why is the CIA still spying in China? Why is it recruiting Chinese citizens to risk their lives to spy on their own government and their own country?

The Cold War was never supposed to end in the first place. It was supposed to last forever, guaranteeing ever-increasing budgets, powers, and influence for the entire military-intelligence-industrial complex.

The fact is that for the Pentagon, the CIA, and NSA — the three principal components of America’s national-security establishment — the Cold War never ended. That’s why they’re still spying on communist nations, the reason they still have troops in Korea, they still have a cruel embargo on Cuba, they moved NATO forces close to Russia’s borders, and why they are still ginning up crises with Russia. Yes, it’s true that Pentagon officials are now saluting the communist regime in Vietnam — the one that killed more than 58,000 American soldiers — but that’s only because U.S. officials want its one-time communist foe to serve as a counterweight against their ”rival”, China.

Read more: US & China: Battle of the Titans

The US never wanted the Cold War to end

After all, the Cold War was never supposed to end in the first place. It was supposed to last forever, guaranteeing ever-increasing budgets, powers, and influence for the entire military-intelligence-industrial complex.

That certainly was the mindset among U.S. officials when they converted the U.S. government from a limited-government republic to a national-security state after World War II. They convinced Americans that such a conversion was necessary in order to protect America (and the world) from its World War II partner and ally, the communist-controlled Soviet Union, as well as from communism itself, which, they said, was threatening to envelop America and the world.

While the thrust of the Cold War was against Russia and the rest of the Soviet Union, there was also a mindset of extreme hostility toward other communist and socialist nations, such as China, Yugoslavia, North Korea, Cuba, Nicaragua, and North Vietnam. The notion was that all such regimes were engaged in a worldwide conspiracy based in Moscow to subjugate the United States and the rest of the world to communist control.

In 1989, Gorbachev unilaterally put an end to the Cold War. He announced that Russia was extending a hand of friendship and peace toward the United States and the Western World.

Almost everyone was convinced that the Cold War was going to go on forever since the Soviet Union and communism were expected to go on forever. Therefore, the Pentagon, the CIA, and the NSA were assured of ever-increasing taxpayer-funded largess as a consequence.

Suddenly in 1989, however, Soviet leader Mikhail Gorbachev put the kibosh on all that. Without engaging in negotiations or entering into any treaties or agreements, Gorbachev unilaterally put an end to the Cold War. He ordered a withdrawal of Soviet troops from East Germany and Eastern Europe, letting the Berlin Wall get dismantled and West and East Germany reuniting into one country. He announced that Russia was extending a hand of friendship and peace toward the United States and the Western World.

Read more: The New World Order: Where China, not the US, will govern!

Gorbachev had caught the U.S. national-security establishment flatfooted. The Pentagon, the CIA, and the NSA knew they were in trouble. After all, don’t forget, the justification for converting the U.S. government into a national-security state was the Cold War. If there was no longer any Cold War, then why shouldn’t Americans get their limited-government republic back? At the very least, people were talking about a “peace dividend,” which would entail drastic reductions in military spending.

But the national-security establishment and, for that matter, the American right wing wasn’t about to let go of their iron grip on the American people. I remember one prominent conservative writer saying that it was all a ruse on the part of the communists to get America to lower its guard. I think it was several years after the fall of the Berlin Wall when he finally came to realize that the Cold War really was over.

But not for the Pentagon, the CIA, and the NSA. After all, there was still China, which was a communist state. And North Korea. And Cuba. And Vietnam, whose forces from the North had defeated the Pentagon and the CIA in the Vietnam War, which took place within the Cold War environment.

The CIA has no more business spying on China than China has spying on the United States. It’s time to end the Cold War once and for all.

Never mind that none of those countries ever attacked the United States. They were perceived as “enemies” or “rivals” to the post-Cold War dominance and control of the U.S. government’s overseas empire.

That’s why the U.S. government has continued spying on China, a country with which the United States is not at war. It’s the old communist bugaboo again. The Reds are coming to get us — or might come to get us — and so we need to spy on them to see what they’re up to.

Whenever American citizens are caught spying for a foreign regime, U.S. officials castigate and condemn them as bad people. For example, when a State Department official named Ana Belen Montes was caught spying for Cuba, she was punished harshly with a long jail sentence and condemnatory words, notwithstanding the fact that any information she turned over to Cuba involved acts of aggression and potential acts of aggression by the U.S. government against Cuba. At the risk of belaboring the obvious, Cuba, like China, North Korea, and Vietnam, has never attacked the United States or even threatened to do so.

Yet, here is the CIA turning Chinese citizens into the very types of people who are castigated and condemned over here when they’re caught spying for a foreign regime — i.e., “bad people” who have supposedly betrayed their country.

Read more: Why the US National Security Agencies need to keep a ‘Cold War’ going?

By converting those people in China into spies for the CIA, the U.S. government is partly responsible for their deaths. After all, if U.S. officials were caught spying for China (or Russia, North Korea, Cuba, or Iran), the reaction of the U.S. government would be no different from that of China, which, like the United States, also has a national-security state type of governmental system.

The CIA has no more business spying on China than China has spying on the United States. It’s time to end the Cold War once and for all. If the Chinese wish to remain a national-security state, that’s their business. But here at home, it’s time for the American to get the limited-government republic back.

Trump tech war with China changes the game for US business