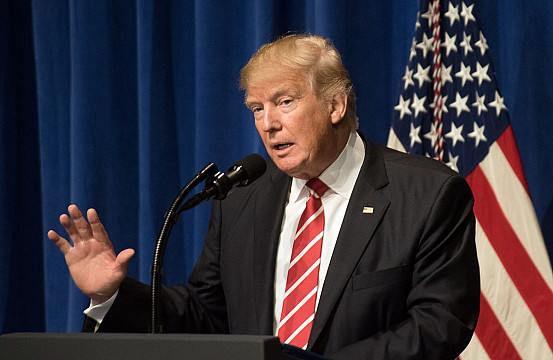 China has come out in full support of its crucial regional ally Pakistan after President Trump called it a sponsor of terrorism. US president castigated Pakistan while unveiling the much-awaited Afghan and South Asia strategy on Monday. Chinese Foreign Ministry spokesperson Hua Chunying said Pakistan has been on the forefront in the struggle against terrorism and had made “great sacrifices” and “important contributions” in the fight.

“We believe that the international community should fully recognize Pakistan’s anti-terrorism efforts,” she told a daily news briefing.

The region is in for more turmoil; the very idea of bringing Taliban to the table through a military-heavy policy is flawed at best

Trump while addressing the nation said Pakistan provides sanctuaries to the very terrorists who are fighting against the United States and the Afghan government. Without giving out details on how Pakistan would be compelled to change course, Trump said: “That has to change and will change.” He was alluding to Pakistan’s alleged subversive attacks and its alleged support to terrorist outfits despite getting billions of dollars from the US. This fitted in with the often repeated US rhetoric on the subject.

Read more: A ‘new normal’ in the South China Sea

China, being an all-weather ally of Pakistan and a regional power itself concerned on US unrelenting presence in Afghanistan, had on many previous occasions also batted for Pakistan and supported its stance.

The spokeswoman further added: “We are happy to see Pakistan and the United States carry out anti-terror cooperation on the basis of mutual respect, and work together for security and stability in the region and world.”

The Afghan war has, hence entered a new an internationalized phase with far-reaching ramifications

China has started taking interest in solving the Afghan quagmire, for it is wary of the establishment of links between Afghan militants and those in Xinjiang. China has called on Afghanistan, Pakistan, and other stakeholders to mend differences in order to amicably resolve the Afghan conundrum.

“We hope the relevant US policies can help promote the security, stability, and development of Afghanistan and the region,” Hua said.

Much of what Trump said was expected, barring his open call for support from India. Trump said that he recognizes the contributions of New Delhi toward the stability of Afghanistan. He went on to say that India should step-up its efforts in the realms of economics and security in Afghanistan.

Snubbed by the US, Pakistan will look to tighten its embrace of China and look to build-upon positive developments in Russo-Pak relations

The US, in all probability, has propped up India in order to forestall the nascent influence of Beijing in Afghanistan. India is an enemy state of China and Pakistan. US’ attempts to stoke up Sino-Indo rivalry are further solidifying ties between Islamabad and Beijing.

China has reasons to support Pakistan other than the need to keep the China Pakistan Economic Corridor (CPEC) thriving. As of this writing, India and China are eyeball to eyeball in Doklam; the war between the two cannot be ruled out. The increase in Indian influence in Afghanistan is a cause of concern for both, China and Pakistan. This is a concern shared by other regional powers like Russia and Iran.

The US sees India as a bulwark against a burgeoning China. Both Washington and Beijing are at loggerheads in the South China Sea and there is a great deal of uneasiness over China’s inability to stop North Korea’s nuclear program.

China and Pakistan have fully supported Russian efforts to bring about a peaceful settlement to the Afghan imbroglio. The US has been recalcitrant in its approach in Afghanistan

Russia is another challenger to the US in Afghanistan; China and Pakistan have fully supported Russian efforts to bring about a peaceful settlement to the Afghan imbroglio. The US has been recalcitrant in its approach in Afghanistan. Despite harbingers to the contrary, the Trump administration and the Pentagon covet a win in Afghanistan.

The battle lines have become more conspicuous than ever before. Snubbed by the US, Pakistan will look to tighten its embrace of China and look to build-upon positive developments in Russo-Pak relations. The US, bereft of a concrete strategy for Afghanistan will look to outsource its responsibilities to India at a later stage.

The region is in for more turmoil; the very idea of bringing Taliban to the table through a military-heavy policy is flawed at best. The Afghan war has hence entered a new an internationalized phase with far-reaching ramifications.

Who will benefit from the continuous US presence in Afghanistan?

All the regional countries have called for the withdrawal of US forces from Afghan soil except India. Pakistan, Iran, China, and Russia have time and again iterated that all the warring parties must resolve their disputes through dialogue to ensure lasting peace in Afghanistan.

Pakistan facilitated dialogue between Afghan Taliban and government in Murree in 2015, which ultimately came to be known as ‘Murree Peace Process’. These talks were backed by USA and China. However, the death of Mullah Umar hindered this process and no settlement was reached.

According to Taliban spokesperson, Russia sought to broker peace between warring parties in Afghanistan but to no avail.

Meanwhile, India has pledged full support to US mission in Afghanistan and has assured the US of its assistance. India, which considers itself an emerging power, has forged a strategic relationship with the US over past several years. The signing of LEMOA strengthened the bond between the two countries.

The recent escalation of tensions between China and India have also been attributed to this budding alliance between the latter and the US, by many security experts.

India considers CPEC project as a threat to its interests in the region and sees it as its strategic encirclement. India’s investment in Chabahar port project, an enhanced relationship with the USA and naval exercises with US and Japenese Navies in the Indian Ocean are Indian efforts to counter this ‘supposed’ encirclement.

US presence in Afghanistan is in India’s interests. India believes that this will help keep Pakistan and China under check which will ease pressure on it.

India must realize that any escalation of Afghan conflict is not in its interests. The only solution to the Afghan quagmire can be achieved through dialogue which India should support. Otherwise, India might see itself bogged down in an endless war which might cost it dearly.

Zamir Ahmed Awan - 26 July 2021
The US did not digest the rise of China and perceived it as a threat. It is projected that the Chinese economy may surpass...

Gulf crisis: A new tale or a recap of the Southeast Asian story?