China may send ducks to Pakistan to tackle locust attack

Agricultural researcher in China believes that a single duck can eat 200 ducks a day and are more effective than pesticides. The use of ducks is less expensive and damaging to the environment than the use of harmful chemicals and pesticides. 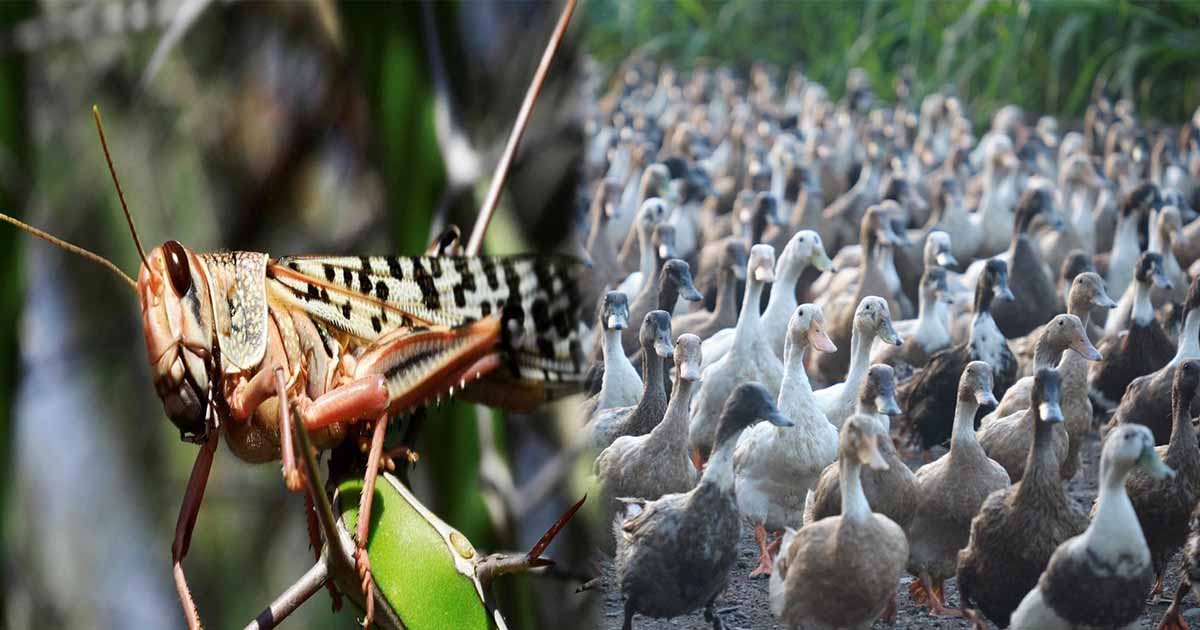 China offered assistance after Pakistan declared an emergency last month, calling the ongoing locust-attack worst in more than two decades. Hence agricultural researcher in China believes that a single duck can eat 200 ducks a day and are more effective than pesticides.

The swarm of locusts inflicted severe damage to the farmland and crops across Pakistan, creating the potential risk of food scarcity in the country.

The news quoted Li Lizhi, a researcher at Zhenjiang Provincial Institute of Agricultural Technology, as saying that China had deployed duck whose natural diet included insects to fight a similar infestation in Xinjiang two decades ago. The use of ducks is less expensive and damaging to the environment than the use of harmful chemicals and pesticides.

Ducks are the ‘biological weapon’ while Chicken can devour 70 locusts a day, ducks can eat three times more than that.

“Ducks like to stay in a group so they are easier to manage than chickens,” he told Chinese media.

However, a professor from China Agriculture University, who is part of the delegation visiting Pakistan, expressed doubt on the remedy provided by the researcher. He said ducks need water and asked if they would survive in Pakistan’s arid areas where locusts are a problem.

“Ducks rely on water, but in Pakistan’s desert areas, the temperature is very high,” Zhang Long told reporters in Pakistan.

“We will also provide special vehicles to spray the pesticide,” he stated. “One vehicle can cover an area of 333 hectares in eight hours and we will provide 50 such vehicles for efficient elimination of the problem.”

PM Imran Khan thanks China for its unwavering stand on Kashmir