China sends firearms to the Philippines! 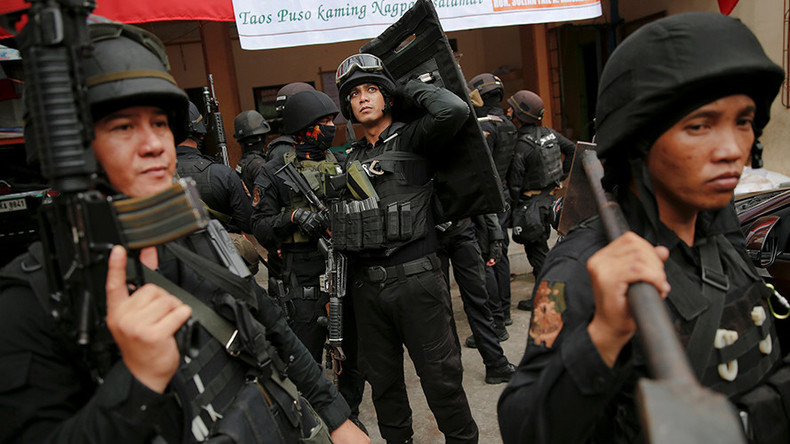 The Chinese government on October 5 turned over 3,000 units of assault rifles as part of its continuing “military assistance gratis” to the Armed Forces of the Philippines (AFP). Defense Secretary Delfin Lorenzana said the Chinese weapons were supposed to go to the military, but President Duterte felt the police needed them more.

“We are lucky that the Chinese government provided the firearms,” Lorenzana said at a news conference, where stacks of rifles were on display. The M4 rifles will be turned over to the Philippine National Police for the use of its special units and not for policemen on foot patrol carrying out the government’s war against illegal drugs, according to AFP chief of staff Gen. Eduardo Año.

China is bribing us with sweeteners like this – as if they were the good guys. But let us see how the armaments will function well on the ground

The donation was given through the defense ministries of the two governments so that it would be the Department of National Defense and the AFP that would turn over the weapons to the PNP. “The donation is military to military so it stands to reason that we should receive it first, then to be received by the chief of staff,” Lorenzana said.

Read more: Philippines: trapped between rising China & unassertive US in the Far…

Use of American and Chinese Donations

Meanwhile, Lorenzana also said that it was the President who “directed” that the weapons be given to the PNP after its scuttled purchase of 26,000 assault rifles from the United States last year. Aside from the assault rifles, the Chinese government also donated 3 million rounds of ammunition and 90 scopes for the sniper rifles that were part of the first batch of weapons donated by China in June and received by President Duterte himself.

Most transactions of other states will definitely be endowed first to AFP before any PNP-related endowment.  On the other hand, this is far from equal to what the Chinese have taken from the Philippines

First and foremost, the US state department stopped the transaction with the PNP last year after two US senators proposed to restrict sales of firearms to the Philippines, after raising concerns over human rights violations resulting from the government’s unrepentant war against illegal drugs that has claimed the lives of thousands of poor Filipinos.

Due to that impression, most transactions of other states will definitely be endowed first to AFP before any PNP-related endowment (i.e. donor such as this). On the other hand, this is far from equal to what the Chinese have taken from the Philippines. China occupied areas in the South China Sea (West Philippine Sea) which are within the 200 nautical mile Exclusive Economic Zone of the Philippines as defined by the UNCLOS and affirmed by the Permanent Court of Arbitration in the Hague.

If Chinese have not just invaded (in actuality), we somehow see how they have constructed military bases beyond their limits. China is bribing us with sweeteners like this – as if they were the good guys. But let us see how the armaments will function well on the ground. While Duterte has been trying to leverage with China, I hope that whatever will be the endgame of his game, it will be more favorable to the entire nation’s sovereignty and integrity.

I vouch for their continuous support in RP’s combat against terrorism and crimes. But I also want to maintain some sort of reservation in connection with the issue of SCS/WPS dispute settlement. Geopolitics and jurisprudence have been so interesting since last year; game theory revitalizes what strategy is all about.

Jumel Gabilan Estrañero is a defense analyst/researcher in the Philippine government. He specializes in defense & security, strategy & policy, South China Sea, Terrorism, global & regional politics, and special intelligence. The views expressed in this article are the author’s own and do not necessarily reflect Global Village Space’s editorial policy.