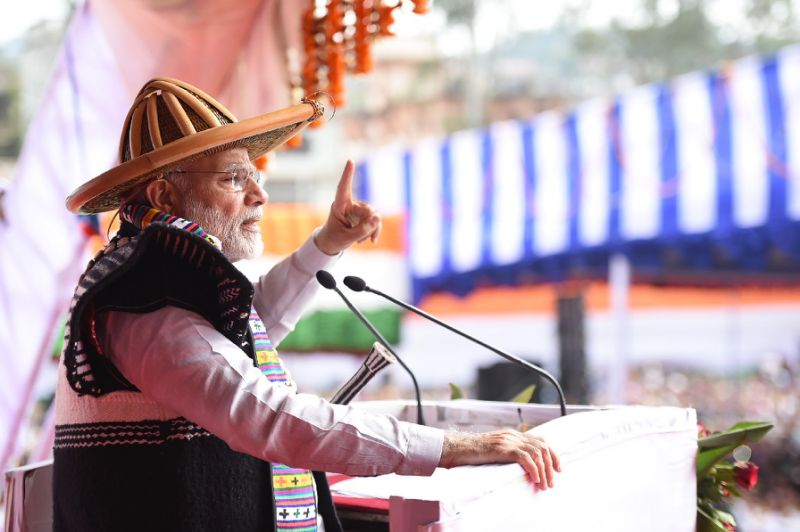 Beijing will lodge a “stern” protest with New Delhi over a trip by Indian Prime Minister Narendra Modi to a disputed area, an official said Thursday, months after the nuclear-armed neighbours ended a tense border standoff.

Modi paid a low-key visit to the northeast Indian state of Arunachal Pradesh on Thursday, where he inaugurated a local convention centre, but the trip was quickly criticised by China, which also claims the area.

“The Chinese government has never recognized the so-called Arunachal Pradesh and is firmly opposed to the Indian leader’s visit to the disputed area,” said Chinese Foreign Ministry spokesperson Geng Shuang.

“We will lodge stern representations with the Indian side.” Last year, hundreds of Chinese and Indian troops faced off on the Doklam plateau, a small strip close to the intersection between China, India and Bhutan.

The border dispute began in mid-June after Chinese troops started building a road on the Himalayan plateau.

India has an army base nearby and moved soldiers into the flashpoint zone to halt the work, prompting Beijing to accuse it of trespassing on Chinese territory.

The two nations finally pulled back their troops in mid-August, averting a full-blown crisis. Arunachal Pradesh is a strategically important border district and came briefly under Chinese control during the 1962 war between the neighbours.

Why China added The Belt & Road Initiative to its Constitution?

Is US exaggerating Coronavirus to contain Chinese growth?