China stands with Pakistan amid rising pressure from the US 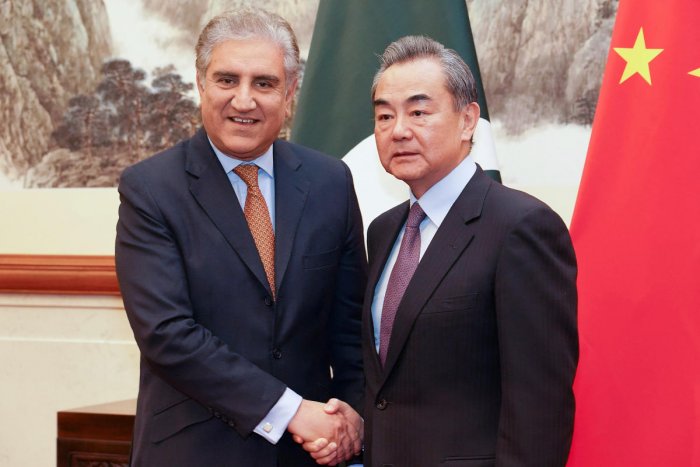 US Secretary of State Rex Tillerson previously made remarks in New Delhi that “terror safe havens” in Pakistan will not be tolerated, reacting to this Shuang said that for many years Islamabad has made “positive efforts and great sacrifices” in its efforts to curb terrorism.

“Pakistan has made important contributions to world peace and maintaining regional stability. We believe that the international community should recognize efforts made by Pakistan in counter-terrorism,” he said. Geng also highlighted China’s support towards the fight against terrorism.

“We welcome Pakistan and the US to conduct counter-terrorism cooperation based on mutual respect, and jointly committed regional and world peace and stability,” Geng added referring to Tillerson’s visit to Islamabad earlier this week. Tillerson and India’s Minister of External Affairs Sushma Swaraj, in a joint statement, asked Pakistan to take action against terror groups.

It also said that the US is now threatening the stability of the Pakistani government as well. The joint statement was issued after Tillerson and Swaraj talked on a range of key issues on Wednesday.

Speaking of Indo-US ties, Geng said, “We welcome India and Pakistan and all other countries in the world to develop friendly cooperation. We believe this relationship is conducive to the regional stability besides regional development and prosperity.”

Analysts believe that Tillerson’s latest visit is another reiteration of US efforts to establish India as a counter-weight to China in the region. By repeatedly pressurizing Pakistan, the US is reinforcing its alliance with India.

Read More: What does strategic relationship with China means for Pakistan?

The statements made by Geng Shuang indicate that China is cognizant of the motivating factors behind the Indo-US strategy. The Chinese have sent out a clear message that they won’t waver when it comes to supporting their key strategic partner in the region.