China: threatened by a second wave of Corona pandemic?

China feels threatened by a second wave of corona pandemic. Zhong Nanshan, China's point man on the issue has sounded the alarm over a potential second wave in the country amid emergence of clusters in Wuhan and the North East. Now it's believed that unless large numbers of Chinese develop immunity there will be no real protection. 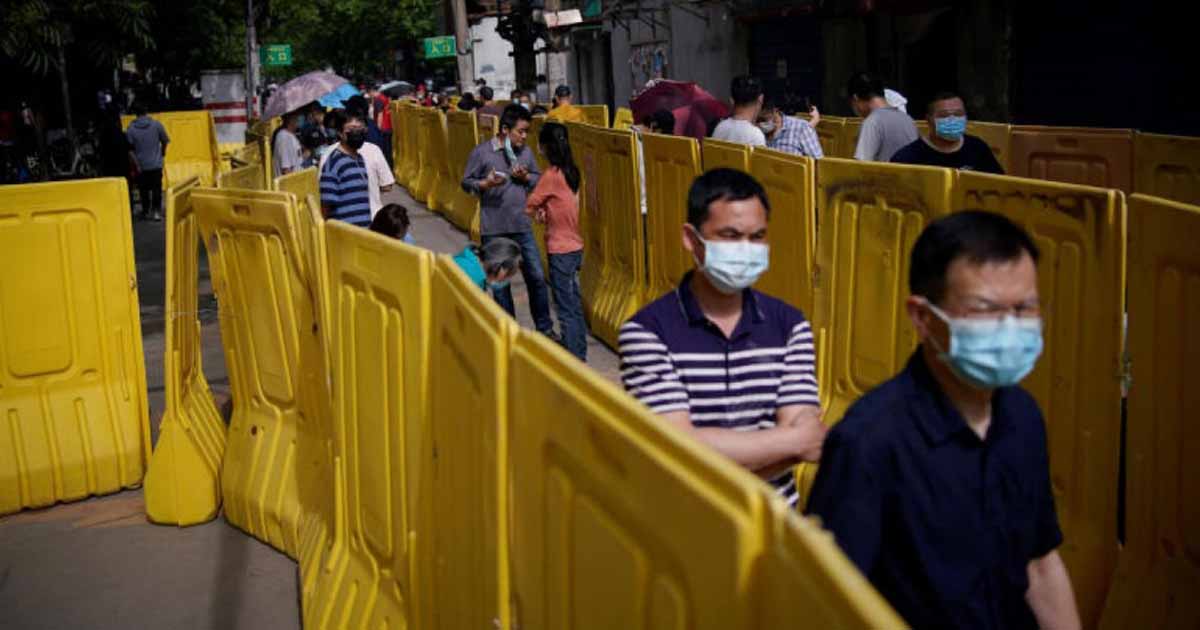 China faces a potential second wave of coronavirus infections due to a lack of immunity among its population, its government’s senior medical advisor has warned.

After months of lockdowns and curbs on travel China has largely brought the virus under control, but fears of a second wave have risen as clusters have emerged in northeast provinces and in the central city of Wuhan.

“The majority of… Chinese at the moment are still susceptible of the Covid-19 infection, because (of) a lack of immunity,” Zhong Nanshan, the public face of government’s response to the pandemic, told CNN.

“We are facing (a) big challenge,” Zhong added. “It’s not better than the foreign countries I think at the moment.”

China faces a potential second wave of coronavirus infections due to a lack of immunity among its population, its government's senior medical advisor has warnedhttps://t.co/bXi2jjdZi2 pic.twitter.com/Ci6F3fDALW— Omar Ibrahim (@OmarHaghi) May 17, 2020

Zhong, who helped expose the scale of the 2003 outbreak of Severe Acute Respiratory Syndrome (SARS), also said authorities in ground-zero Wuhan had under-reported cases during the early days of the pandemic.

“The local authorities, they didn’t like to tell the truth at that time,” said Zhong, who was part of a team of experts sent to Wuhan to investigate the outbreak.

“I didn’t believe that result (the number of cases reported) so I (kept) asking and then, you have to give me the real number,” he said.

But he added he believed data published after Wuhan was locked down in late January, and when the central government took control of the response, “will be correct”.

China still susceptible: Due to lack of Immunity?

A story in Business Insider by Katie Canales, earlier pointed out that lack of immunity could lead to a second wave of COVID-19 infections in China, according to the country’s senior medical adviser.

China could be hit with a second wave of the coronavirus because of a lack of immunity among residents, says senior medical adviser

According to Chinese sources it is now believed that “Herd immunity” would only happen when enough of a population has become immune to the disease to prevent it from spreading, so the rigorous shut downs of Wuhan and Hubei province starting from January has not provided lasting protection to large Chinese populations. Now Chinese scientists are also worried that for how long this immunity would last. There is no clarity.

The first case of the coronavirus disease was found in China, in December 2019, and lockdowns in Wuhan were enforced starting from 23rd January. Restrictions started to ease by mid March with life in the country resuming to some degree of normality. China was then credited across the world for being a model of efficient control and fight against the Corona pandemic.

However the Trump administration has consistently accused China and WHO of hiding the true facts. Americans believe that Chinese underreported the cases and deaths and the Corona virus may have escaped from Wuhan Institute of Virology. Strong voices exist in the United States government and the Senate that demand that China should come clean on the origins of this virus. Recently a RT story indicated that five key western intelligence agencies (Five Eye) are looking into the origins of this virus from Wuhan.

The novel coronavirus has killed at least 309,296 people, according to a tally from official sources compiled by AFP, with scientists around the world racing to find a vaccine. More than 80,000 have died in the United States alone and another 150,000 have died across the UK, Italy, France, Spain, Germany, Sweden and other European countries. China’s death rate started to stabilise after initial deaths and around 4000 people have died in China.

Zhong Nanshan,China’s point man on Covid-19, has now cautioned that a “perfect” vaccine for a disease that the World Health Organization (WHO) says may never disappear could take “years”.