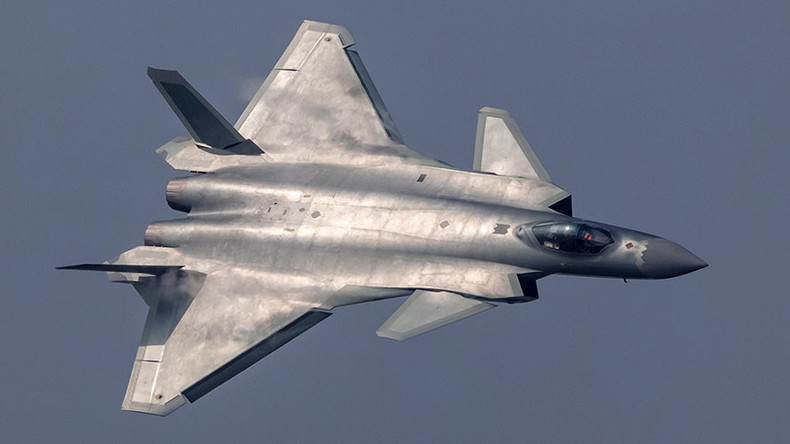 The fifth-generation warplane, which outwardly resembles the Lockheed Martin F-22 Raptor in service with the U.S. military, performed a series of maneuvers under overcast skies at Airshow China in the southern city of Zhuhai. The long-range J-20, armed with air-to-air missiles, performed its first test flight in 2011 and has been the object of feverish attention by the nation’s aviation buffs. At least six prototypes have been produced, according to an annual report on the Chinese military issued by the Pentagon this year.

The Pentagon says a second Chinese stealth fighter under development, the FC-31, is intended for export as a competitor to the U.S. F-35. The FC-31 first flew in 2012 and debuted at Zhuhai in 2014. China is the only country apart from the U.S. to have two concurrent stealth aircraft development programs.
To access the complete article, please use this link: The China Post

News Desk - 7 May 2021
Abdul Razzak Dawood Tweeted, "Limited banking operations will be open to facilitate exporters on 10 and 11th from 9 am-2 pm across Pakistan.  Ports and Customs will also be operational during the break period.”

Microwave weapon suspected in mystery attacks on US diplomats

Chinese hope US defence spending is beneficial to global peace