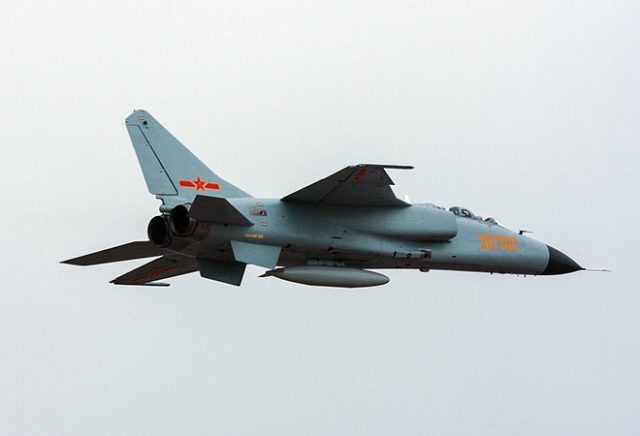 According to a Global Times report which was reposted on the English Version of the People’s Liberation Army’s website on February 20, 2018 that China is upgrading its air defenses in its Western Theater Command-the strategic area covering security along the country’s mountainous far western border to confront any threat coming from India.

This statement is important for future discourse as last summer both China and India’s military standoff at Doklam near the borders of India, China and Bhutan attained the attention of the international community.

The Director of the Centre on Asia and Globalization, Kanti Prasad Bajpai while speaking to CNN at Singapore’s Lee Kuan Yew School of Public Policy said that it could be interpreted as China signaling to India that Doklam “isn’t over” and that India shouldn’t get too satisfied.

The stand-off was sparked after Bhutan accused China of constructing a road inside its territory in “direct violation” of treaty obligations.

He asserted, “It’s fairly clear they (the Chinese) are trying to send a message in the post-Doklam period about their resolve to be strong.”

A retired Indian Air Force marshal, M. Matheswaran informed, “It’s not India threatening China, and it’s that they’re threatening India. I don’t think India has the force size to threaten China at the moment.” He added that China’s J-11 fighter jets have been in use for around five years in the Tibetan area, and therefore the timing of the media report may be viewed as a “hint.”

According to Chinese report, the J-11 are “3.5 generation jets” and surpasses India’s third generation jets but according to Matheswaran both China and India are operating fourth-generation jets. China’s new development in air defenses are contributory factors to be dominant in the region as both China and India are have been trying to gain dominance in South Asia. Moreover, China is investing in more than 65 countries alongside its One Belt and One Road initiative including Indian Ocean littoral states; Maldives and Sri Lanka. Some political analysts see India’s little interest to join OBOR as contentious.

All South Asian countries except India and Bhutan have welcomed China’s Belt and Road Initiative. Bhutan does not have formal diplomatic relationship with Beijing. The stand-off was sparked after Bhutan accused China of constructing a road inside its territory in “direct violation” of treaty obligations. China, which does not have formal diplomatic relations with Bhutan, denied the accusation, contending that Doklam is part of Chinese territory.

India and China’s 73-day-long military standoff in Doklam started in 16 June last year after the Indian side stopped the building of a road in the disputed tri-junction by the Chinese Army.

Bhutan and China have also have a dispute over Doklam. The standoff has ended on 28 August. Former National Security Adviser Shivshankar Menon on February 21, 2018 stated in the conference on ‘Bridging Gaps and Securing Borders’ reminded, “One reason why we saw that activity in Doklam last year was not because they (China) had a clear military option or superiority but they had the political goal of splitting us from the Bhutanese.”

India has its own aspirations behind its intervention in Doklam. If China controlled the Siliguri corridor (chicken’s neck), a thin strip of land just south of Doklam, it would engulf India’s northeastern states including Arunachal Pradesh over which China claims sovereignty. So China’s military advancement including its efforts to strengthen its air defenses is perceived by India of being encircled by China whereas China also has global aspirations to challenge US hegemony.

Sports: A new front for battle against “Oppression” & “Rights Violation”