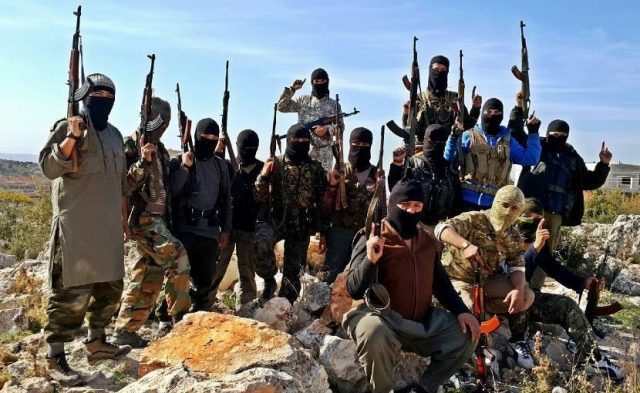 China is moving on multiple fronts to pre-empt in the short-term Uighur foreign fighters fleeing Syria and Iraq from reasserting themselves in Central Asia and longer term prevent the emergence of an ever more vocal Diaspora like what Tibetans have achieved.

Already Afghanistan’s largest investor with a $3 billion, 30-year lease of a copper mine, China is seeking to link the country to its $50 billion plus investment in the China-Pakistan Economic Corridor (CPEC) in a bid to stabilize the Central Asian nation and stop Uighur fighters from regrouping in the Wakhan Corridor, a narrow strip on Afghanistan’s 76-klimoetre long border with China.

The Chinese campaign to squash the emergence of a more effective Uighur Diaspora is partly driven by a desire not to allow Uighurs to follow the example of exile Tibetans who aided by the voice of the Dalai Lama have created a vocal opposition-in-exile.

Estimates of the number of Uyghurs in Syria and Iraq, who earned a reputation on par with that of their battle-hardened Chechen counterparts, range from five to ten thousand. Many paid thousands of dollars to smugglers who helped them make their way to the Middle East. They came in all shades, some deeply religious, others more nationalistic, all embittered by repression in Xinjiang and what they saw as an effort to erase their Uighur identity at whatever price.

A majority saw their participation in battles far from home as a training for the struggle they really cared about: China’s strategic Xinjiang province. “We didn’t care how the fighting went or who Assad was. We just wanted to learn how to use the weapons and then go back to China,” a Uighur fighter told a reporter last month.

US officials have been tracking a trek of Islamic State fighters into north and eastern Afghanistan, believed by Afghan officials to number 3,000. US and Afghan concerns were boosted by a recent report by the Institute for the Study of War that Afghanistan had again emerged as ”a safe haven for terrorist plots.” It isn’t clear how many Uighurs may be among those that made their way to Central Asia.

A video released last month by the Turkistan Islamic Party, a group affiliated with Al Qaeda that played a key role in the 2015 capture of the Syrian province of Idlib, showed Uighur and Taliban fighters overrunning remote Afghan military outposts in mountainous terrain, killing or capturing Afghan troops, and using seized US-made Humvees.

China has denied reports by Afghan officials that it was helping build a military facility in Wakhan that could be used by Chinese forces. Local residents, nonetheless, reported having seen joint Afghan-Chinese patrols in the area while China affirms that it has provided Afghanistan $70 million in military aid in the last three years and is helping the country with capacity-building.

China appeared in December to have persuaded Pakistan and Afghanistan to engage in a wide-ranging dialogue designed to reduce differences between them and facilitate Afghanistan’s closer affiliation with CPEC and the Belt and Road. However, three months later, little progress appears to have been achieved.

China is moving on multiple fronts to pre-empt in the short-term Uighur foreign fighters fleeing Syria and Iraq from reasserting themselves in Central Asia and longer term prevent the emergence of an ever more vocal Diaspora like what Tibetans have achieved.

Meanwhile, Chinese has sought to physically reduce the Uighur Diaspora by persuading countries like Egypt, Thailand and Vietnam to either detain or forcibly return overseas Uighurs. Malaysia has been mulling for months a Chinese demand for the extradition of 11 Uyghurs who made their way to the southeast Asian nation after escaping from a Thai detention centre. In France, Chinese police have demanded that Uighurs hand over personal information, photos, and identity documents — and in some cases, the personal information of their French spouses. The police contacted Uighurs directly via phone or WeChat, a Chinese messaging app, or have paid visits to their family members in China, asking relatives to convey their demands.

Uighurs in the United States, Turkey, Australia, and Egypt who failed to respond to demands like those made of French Uighurs have been ordered to return to China. Some, who returned, often to avoid repercussions for their families, have been arrested. Others are reported to have disappeared.

Major political parties and business organizations in Gilgit-Baltistan have threatened to shut down the Pakistan-China border if Beijing does not release some 50 Uighur women married to Pakistani men from the region, who have been detained in Xinjiang. The province’s legislative assembly unanimously called on the government in Islamabad to take up the issue.

The women, many of whom are practicing Muslims and done religious attire, are believed to have been detained in re-education camps for the past year. Hundreds, if not thousands of Uighurs in Xinjiang itself have been forced into re-education camps without due process as part of the rollout in Xinjiang of the world’s most intrusive and repressive public surveillance system.

China appeared in December to have persuaded Pakistan and Afghanistan to engage in a wide-ranging dialogue designed to reduce differences between them and facilitate Afghanistan’s closer affiliation with CPEC and the Belt and Road.

The system involves cameras on streets equipped with facial recognition software and a DNA database that ultimately will include all residents. The database categorizes them as safe or unsafe. ID readers at bus stops, train stations, and shopping malls were being installed to ensure that those deemed unsafe are barred entry.

Authorities in at least one autonomous prefecture in Xinjiang have added ‘interest in travel abroad’ to the list of reasons for detaining Uighurs and dispatching them to re-education camps. The Chinese campaign to squash the emergence of a more effective Uighur Diaspora is partly driven by a desire not to allow Uighurs to follow the example of exile Tibetans who aided by the voice of the Dalai Lama have created a vocal opposition-in-exile.

It is also fuelled by the fact that many of those who initially fled Xinjiang to escape repression and marginalization and build a better life elsewhere were aided once they left China by militants who steered them towards the Middle East and Islamic militancy. Said a Chinese official: “You can’t uproot all the weeds hidden among the crops in the field one by one—you need to spray chemicals to kill them all. Re-educating these people is like spraying chemicals on the crops. That is why it is a general re-education, not limited to a few people.”

Coronavirus economic recovery plan to be negotiated by EU