Amid China-US trade standoff, first global economy was suffering and now threat moved on to the Chinese citizens living in US. Foreign Ministry warned the Chinese nationals to be extra cautious of crimes and harassment as US' escalating situation with China. 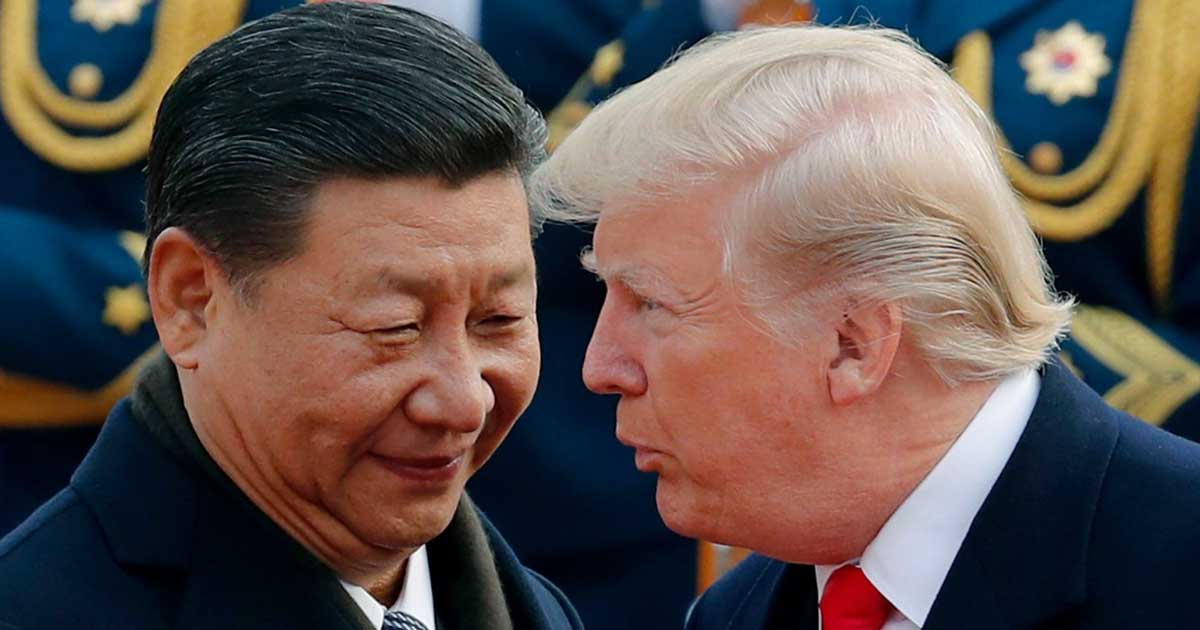 China on Tuesday issued a pair of travel alerts to its citizens going to the United States, warning them about police harassment and crime.

The warnings come amid an escalating trade war between the world’s two largest economies and other tensions, including trading barbs over each others’ human rights records.

China's Foreign Ministry on Tue issued safety alert to tourists traveling to the #US and Chinese nationals in the US, citing "harassment" from US law enforcement agencies on Chinese nationals during exits and entries. pic.twitter.com/gxxssLzYHm

“Recently, shootings, robberies and thefts have occurred frequently in the United States,” state media reported, citing a statement from the Ministry of Culture and Tourism.

The statement urged Chinese tourists to “fully assess the risk” and “improve their awareness of safety and security”.

The PLA Visa Security Act would prevent people currently or formerly employed or sponsored by such entities from entering the United States on student or research visas.

In a separate warning, China’s foreign ministry said Washington’s law enforcement agencies have “repeatedly” used methods such as immigration and on-site interviews to “harass” Chinese citizens in the US.

It urged Chinese nationals and Chinese-funded institutions in the US to be cautious and “increase awareness and strengthen preventive measures.”

The warnings come a day after the education ministry said students and academics were facing US visa problems and urged them to assess the “risk” of traveling to the United States.

Chinese Foreign Ministry advising people to call the embassy or local consulate in case of emergency through a hotline created for this.

The notification came after China on Monday warned students and academics on the “risk” of studying in the United States, citing an uptick in visa denials and delays amid a trade war and other tensions.

The education ministry in a statement urged students to “strengthen risk assessment and make relevant preparations”. The ministry said Chinese students and academics have experienced visa restrictions, delays in obtaining them, and visas with shorter duration.

China is the biggest source of international students on US campuses, with 360,000 of them last year, or a third of the foreign student body, with many paying full tuition.

The warning comes after FBI director Christopher Wray said in April that Beijing has used Chinese graduate students and researchers, among others, in its economic espionage efforts in the United States.

Referring to China, Trump told a group of business executives that “almost every student that comes over to this country is a spy.” This is outrageous – and offensive to every Chinese American (like me) whose ancestors came to this country as students. https://t.co/LP2U10vZAI

Last month, Republicans in the US Congress introduced legislation aimed at barring Chinese military scientists from obtaining visas to study or work in the United States.

US scholar Michael Pillsbury, who advises US President Donald Trump on China, said his visa to enter the country for a forum earlier this year was blocked in apparent retaliation.

The bills in the House and Senate would compel the White House to identify a list of research and scientific institutions that the president determines are affiliated with or funded by the People’s Liberation Army.

The PLA Visa Security Act would prevent people currently or formerly employed or sponsored by such entities from entering the United States on student or research visas.

China’s state-run Global times has published accounts from several Chinese academics saying their 10-year visas to the US were canceled, with officials citing concerns about links to Chinese intelligence.

US scholar Michael Pillsbury, who advises US President Donald Trump on China, said his visa to enter the country for a forum earlier this year was blocked in apparent retaliation.

The US “Mini-surge” in  Afghanistan: Tough times ahead for Pakistan?