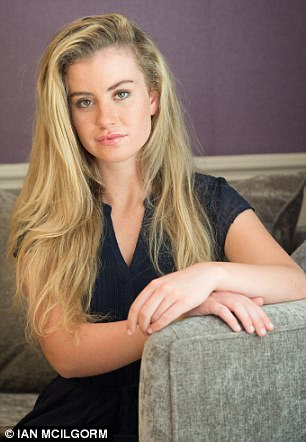 A British model, Chloe Ayling, who was allegedly kidnapped and incarcerated for six days in Italy while her captors attempted to sell her in an online auction has glossed headlines once again but for all the wrong reasons.

Dwellers of the Italian village where she was allegedly held for almost a week told local media that she and the alleged kidnapper went out together.

These revelations along with the secretive circumstances which lead to her escape or release from abduction have raised many eyebrows and doubts.

Italian police said on Saturday, they had arrested the alleged kidnapper Lukasz Pawel Herba, a 30-year-old British resident born in Poland, who confessed to being involved in a plot to auction the model online unless a $300,000 ransom was paid.

How and when it all happened?

Chloe Ayling, a 20-year-old mother of one and a model, said she was assaulted by two men after arriving in Milan in mid-July to take part in a photo shoot arranged by her agent. She told authorities that she was drugged and placed in a bag before being transported to a cabin in a remote town in the Italian Alps.

The suspect allegedly used encrypted accounts to ask the model’s agent for $300,000 to stop the online auction from going ahead, said the Italian police. The suspect also allegedly told the agent that he was operating on behalf of “the Black Death group,” an organization involved in illegal trafficking on the dark web, a layer of the internet, accessible only through anonymizing networks.

Italian investigators have since found out that the suspect was a predator of sorts and had already organized several online auctions for the sale of kidnapped girls, referring to them as “prey.”

The websites for the auctions included particulars of the victim and a starting price but police said it was still doubtful as to whether the suspect conjured them. Authorities said they are searching for at least one more person in connection with the kidnapping. Investigations in the case are ongoing in Italy, Poland, and the United Kingdom.

On July 17, Ms. Ayling was dropped off at the British consulate in Milan, and the next day police arrested Herba.

(Lukasz Pawel Herba)
According to Italian media reports, Ms. Ayling said she was released when her captor discovered she had a small child, “he said abducting a mother was against the rules of his organization”.

On Sunday, almost three weeks after she says she was released, Ms. Ayling returned to Britain. Mr. Green said Italian police held her passport and would not let her leave the country until she gave evidence at a pre-trial hearing and visited the crime scene with detectives last week.

Was she really kidnapped?

According to NBC News, people in the Italian village where Chloe Ayling said she was held captive told local media that she and the man went out together. Some residents told state broadcaster Rai that th couple went to a bar and that she also went shoe shopping with Herba before he released her to the British consulate in Milan.

“The implication that she was involved [in the plot] — as I read with disgust in some newspapers this morning — is just unimaginable,” Milan-based lawyer Francesco Pesce told Reuters.

The day before her release she had been spotted shoe shopping with Herba, who is now being held in a high-security prison in Milan.

How is she defending herself?

Claims that British glamour model was involved in the plot to kidnap her and sell her as a sex slave are “evil”, her lawyer has said.

Chloe Ayling’s account of her being held by a shadowy online gang called the Black Death seem “incredible”, Francesco Pesce admitted but insisted the facts are true as proven by the fact they have been accepted by the Italian police and lawyers.

Her former agent Phil Green, whom the kidnappers had contacted and demanded a ransom of $300,000 (£270,000), said that he was “shell shocked” and had been unable to contact Ms. Ayling.

But he also dismissed speculation that she had any involvement in the kidnapping, saying: “I would certainly defend her by saying first of all that we had booked a flight home and she had paid for her own flight to fly to Ibiza the next evening, NBC stated.

Footballers in England protest over racism