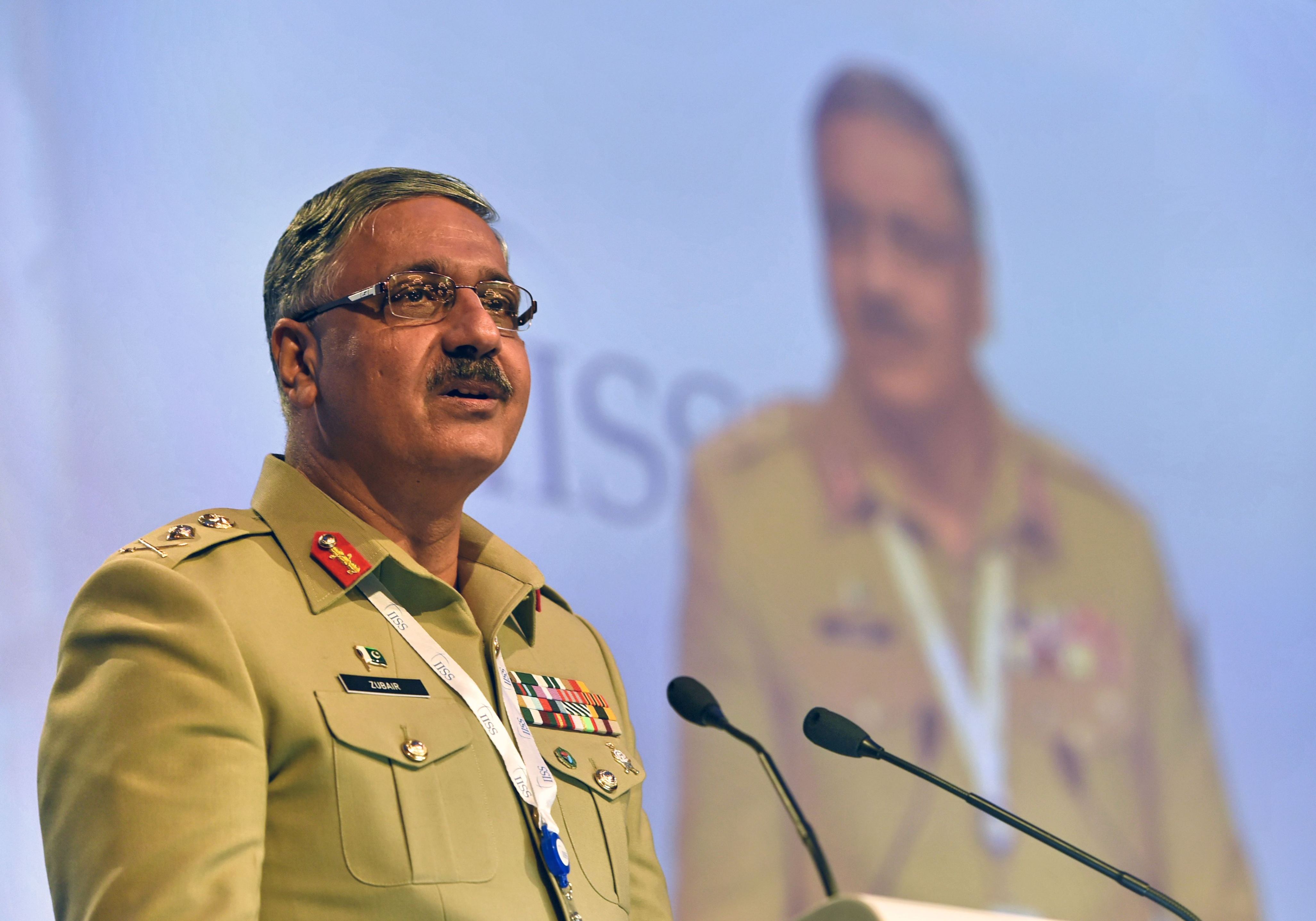 Chairman Joint Chief of Staff Committee, General Zubair Mahmood Hayat has reiterated to pursue a policy of developing credible minimum deterrence to thwarts the threats to Pakistan’s security. He made these remarks when he paid a visit to National Engineering and Scientific Commission, (NESCOM) in Islamabad.

It is quite reasonable to assume that if Cold Start is launched, the conflict will not remain limited and the region could be in for an all-out war

Head of the Strategic Plans Division (SPD) was present during Gen Zubair’s visit to NESCOM. The four-star general who had previously headed the SPD said that Pakistan is a peace loving country and hence aspires for peace and harmony in the region. However, he said that the country is fully cognizant of threats to its security and hence has the means available to counter them.

While appreciating the efforts of NESCOM in augmenting the credibility of Pakistani strategic forces, CJCSC lauded its role in the realm of conventional arms too.

The geopolitical dynamics have put Pakistan in a difficult situation. A tougher US Af-Pak policy will be unveiled today which, when coupled with Indo-US entente will impose a grave security challenge for Pakistan. CJCSC has in all earnestness given a timely signal to the Eastern neighbor.

At a time when the turmoil in Kashmir is at an all-time high, tensions between the two countries will most likely faster

Ever since the overt nuclearization of South Asia, Pakistan has postured its nuclear policy in-line with CMD, which means that a reasonably-sized, survivable, and credible nuclear force will be maintained to deter India at the strategic level.

Minimum must not be construed as a number; it refers to an adequate force level, which deters an enemy and is made credible by robust command, control, and delivery systems. However, Pakistan has not announced its official doctrine; it wants to deterrence through ambiguity.

Pakistan’s nuclear program is solely India-centered.Developments on the eastern front at the conventional and strategic levels compelled Pakistan to bolster its deterrent on the full spectrum. The strategic fraternity in Pakistan mulled on the idea of developing Tactical Nuclear Weapons(TNWs) to fill the deterrent gap. Pakistan successfully tested Short-Range Ballistic Missile, Nasr in June this year.

Nasr is a short-range battlefield missile with a range of 70 kilometers. It has the ability to carry and deliver conventional and nuclear warheads. With flight maneuverability, precision, and quick deployment, the missile will act as an effective deterrent against a full spectrum of threats.

Pakistan’s pursuance of the TNWs has been berated by the US despite it being an exclusively Indo-Pak affair.Improvements in Pakistan’s deterrence capabilities are coming at a time when tensions between India and Pakistan are high with increased chances of military confrontation. Pakistan considers battlefield nuclear weapons as a counter to India’s highly touted Cold Start Doctrine (CSD).

The Cold Start Doctrine is one of the means that India plans to use against Pakistan.With briskness lying at its heart, Cold Start called for a reorganization of the old Holding and Strike Corps. The former would create shallow bridgeheads into Pakistani territory. It would be followed by Integrated Battle Groups (IBGs) attacking along various axes to further ingress inside Pakistan. Thereafter, in conjunction with air succor, the 3-strike corps would concentrate firepower. In order to avoid a nuclear retaliation, forces will bite and hold territory up to 25 kilometers inside Pakistan.

There are tactical and operational challenges in carrying out Cold Start which has dissuaded the Indian Army to operationalize this doctrine. A thorough assessment of exercises that were conducted to test the concept revealed that synergy was not achieved. This was the reason why the military leadership in India discarded it long ago. However, the resolve and the desire to invoke the doctrine was reiterated in the Army Day address by the Indian Army Chief, General Rawat in January this year.

Read more: A glimpse of the past: Was Pakistan ready to respond to…

The doctrine has escalatory tendencies with nuclear undertones. Hypothetically, if India manages to achieve this objective, it is logical to assume that Pakistan has to take punitive retaliatory action to wrest back control.

India would have the encouragement to press on but if they are unable to breakthrough they would direct more firepower which would cause escalatory pressure. Pakistan may invoke their tactical nuclear weapons and shift the burden of escalation on India as Indian inroads would not be deemed of as limited.

It is quite reasonable to assume that if Cold Start is launched, the conbreak throughot remain limited and the region could be in for an all-out war. At a time when the turmoil in Kashmir is at an all-time high, tensions between the two countries will most likely fester.

US defense chief quits as Trump pulls from Syria, Afghanistan