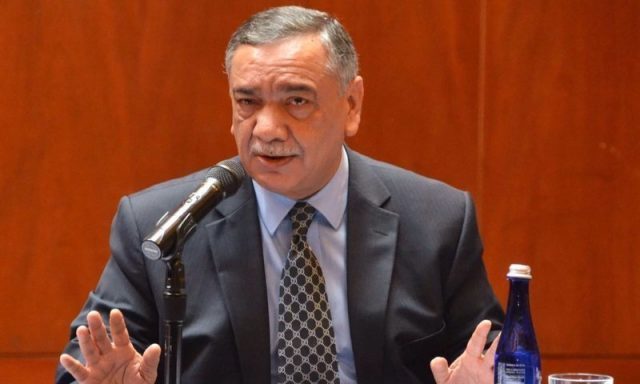 Chief Justice of Pakistan CJP has announced the establishment of model courts at district level throughout the country. These courts will conduct trials on a daily and continuous basis. The CJP said that discussions on which this model could be adopted nationwide will conclude in a few days.

A meeting of National Judicial Policy Making Committee (NJPMC) under the premiership of CJP Khosa was held on Monday, 11th March, wherein all chief justices of high courts and other senior judiciary were present. NJPMC is the highest committee of top judges to bring judicial reforms in the country.

Third, the attendance of witnesses would be ensured through process servers for which SP-Investigation police officers of each district will act as a focal person communicating with the process servers.

CJP Khosa explained that Article 37 (d) of the Constitution requires the state to provide expeditious and inexpensive justice thus under the light of this principle model trial courts will be established in the country to carry out trials daily.

He informed that no adjournments will be granted by the model courts and a trial schedule would be issued for lawyers and prosecutors, who would give details of their juniors and replacements so that trials may be concluded within the set time-frame.

The CJP mapped out the steps on how the process will take place. Firstly, a trial schedule will be provided to lawyers and prosecutors so that they can follow it. In case, the lawyers are unable to appear before the court on the day of the case, they will have to let the model trial court know who will replace them so that the trial is concluded within the stipulated time-frame.

Third, the attendance of witnesses would be ensured through process servers for which SP-Investigation police officers of each district will act as a focal person communicating with the process servers. A process server is a person who serves legal documents (summons) to someone involved in a court case.

Read more: How will CJP Khosa deal with people lying before the court?

It was further informed that initially, old murder and narcotics cases would be assigned to the model courts and qualified and dedicated staff would be provided to them.

Iran is Trump’s perpetual enemy in the Middle East

How the ‘5-Hours Rule’ will make you successful?