Clash of titans: The political battle for NA-125 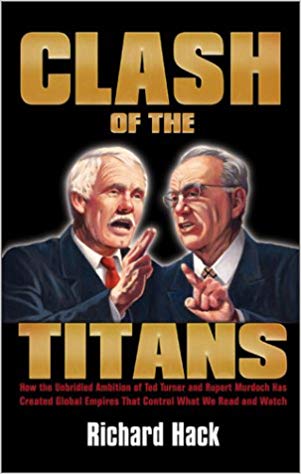 Hamid Khan of PTI and Khawaja Saad Rafiq of PML-N fought the political battle for NA-125. The outcome was disputed and resulted in a spontaneous dharna in DHA Lahore. The matter went to the election tribunal which de-seated Rafiq. Currently, the case is being heard in the Supreme Court. The minister for Railways is talking about the backdoor entry into the corridors of power. Khawaja Sahib is uniquely qualified to talk on this subject as he has seen his father’s political struggle and his own clandestine rise to power through establishment manoeuvrings.

Since 1958, Muslim League has been the mistress of the establishment with several name changes: PML(C), PML(J), PML(N), PML(Q) and PML(F) to name a few. Hussain Shaheed Suhrawardy was so fed up with the League politics that he decided to form his own political party in 1954 called Jinnah Awami Muslim League which finally evolved into  ‘Awami League’, under whose leadership Mujib-ur-Rehman broke away to form Bangladesh.

Kaptaan has nothing to lose if the ‘Chor Darwaza’ party is willing to give up its turf of electoral manipulation. There is an English proverb that is appropriate for the situation: ‘It takes a thief to catch a thief’.

After 70 years, some lessons have been learnt. Finally, the importance of vote is being talked about. There is talk about restoring and respecting the sanctity of the ballot. All major political parties including Pakistan Peoples Party (PPP) and Pakistan Tehreek-e-Insaf (PTI) have shown commitment to vote as the ultimate arbitrator of power.Only PML-N has to come around as it is a ‘Chor Darwaza’ entity. Before the emergence of reformed and awakened Mian Nawaz Sharif on the political arena, GHQ in Rawalpindi controlled the back door to politics.

Because of their long stints in power, Mian Sahib succeeded in creating his own backdoors in Punjab that include: the Police force, Civil Administration, Education Department whose headmasters control the schools where balloting takes place and the Revenue Department Patwaris and Tehsildars who operate at the ground level. For democracy to take roots, all ‘Chor Darwazay’ have to be shut.

Read more: Why devolution has not taken place?

The big question is: can PML-N survive without Takht-e-Lahore? If the party is willing to let go its hold over the provincial civilian institutions, then there can be a way out of the current impasse. However, there is a huge trust deficit amongst the political forces. A grand dialogue is the way forward. For the ballot to be effective, it has to be handled by neutral hands. In over 70 years of our existence, the will of the people only prevailed once in 1970.

The Election Commission of Pakistan (ECP) has repeatedly failed in holding free and fair elections in the country. After the promulgation of the 1973 constitution, judges of the superior judiciary have headed the ECP. This approach needs to be revisited. In India, administrators are entrusted with the task of holding elections as it is a huge administrative exercise for which the judges lack capacity.

Almost all political parties in the country were unable to hold free and fair Inter-Party Elections (IPE). Even PTI failed to deliver a credible IPE. Democracy has its own dynamics which are driven by respect for the ballot, which is missing in our case. The influence of ‘Chor Darwaza’ is overwhelming. Unfortunately, the non-‘Chor Darwaza’ parties like PTI and PPP have also been infested by such individuals. Most prominent Leaguers are backdoor entrants to politics including Khawaja Sahib himself. Their political transformation will not be easy but is a basic requirement for democracy. In South Africa, Nelson Mandela formed the Truth and Reconciliation Commission in which leaders could seek forgiveness for their past sins.

In the elections scheduled for 2018, there is an opportunity to shut all ‘Chor Darwazay’ once and for all. With ten manipulated elections and two bogus referendums, our track record is very poor. ‘Chor Darwaza’ politics has been deadly for the nation. Our elected houses are dens of corruption where criminals operate. The free and fair election of 1970 produced a very strong house that worked in the interests of the country. The 1973 constitution is a gift of this assembly.

Quaid-e-Azam appointed the first cabinet of the country in August 1947 which consisted of honest and able individuals. Quaid-e-Awam’s cabinet in 1973 was equally impressive.Since then, there has been a constant decline mainly due to ‘Chor Darwaza’ politics. Mian Nawaz Sharif, the leader of the house, has been sent home. There are serious allegations of corruption against the leader of the opposition as well. The Secretary General of PTI has also been disqualified, and so was the Speaker.

The Election Commission of Pakistan (ECP) has repeatedly failed in holding free and fair elections in the country. After the promulgation of the 1973 constitution, judges of the superior judiciary have headed the ECP.

Kaptaan has launched a crusade against corruption. In the tainted political arena, he remains credible. Despite his popularity and charm, he too is being blamed for ‘Chor Darwaza’ politics mainly because of the people who surround him. He has played long political inning which spans over two decades. He can enter the corridors of power through the main door and shut the back doors forever.

In the changed political scenario, PML-N is seeking closure of the ‘Chor Darwaza’, which seems odd but for the future of democracy, the idea is worth exploring. Kaptaan has nothing to lose if the ‘Chor Darwaza’ party is willing to give up its turf of electoral manipulation. There is an English proverb that is appropriate for the situation: ‘It takes a thief to catch a thief’.

Come n’ save me, before I fall apart

Pakistan Army contingent to be deployed to Saudi Arabia