A new US Army report envisions a bleak near future as a consequence of climate change, with power and water shortages, refugee flows – and also more opportunities for intervention and seizing natural resources in the Arctic.

Behind the dull title of “Implications of climate change for the US Army” lies a 52-page report by a team of scientists outlining apocalyptic scenarios: conflicts driven by hundreds of millions of people displaced by rising sea levels; collapse of the US power grid and transportation; and the inability of the Army itself to provide water for its troops, to name but a few.

Yet it also foresees a greater role the Army can play both mitigating the effects of these changes inside the US, and intervening in the resulting calamities overseas.

Operations in places like Syria, Iraq or Afghanistan over the past 27 years will no longer be possible simply due to inability to secure enough water for the troops.

The report was commissioned in May by then-Army Chief of Staff General Mark Milley, who has since been promoted to chair the JCS. Published by the Army War College’s Center for Climate Security back in August, it has attracted little attention until recently, when Nafeez Ahmed reported on its findings for Vice.

My latest @VICE story covers a US Army report commissioned by the highest-ranking US military official: warning that the US military itself might collapse under the strain of climate impacts. In two decades. https://t.co/JPdVlHxLT9

One of the more apocalyptic short-term scenarios featured in the report is the collapse of the US power grid within the next 20 years, leaving the country without refrigeration, water treatment, lights, heating, air conditioning, communications, public transportation, fuel distribution, or pretty much anything a technological civilization requires.

It’s not just distribution, but power generation that is at risk. Of the 99 nuclear reactors operating in the US and providing nearly 20 percent of the country’s power, 60 percent are located in regions that are “likely to suffer from one or more climate threats,” from sea level rise and severe storms to water shortages.

Not all is gloom and doom, however: as polar ice caps recede, the mineral wealth of the Arctic is up for grabs – if the US Army can seize control over it from those pesky Russians, anyway. 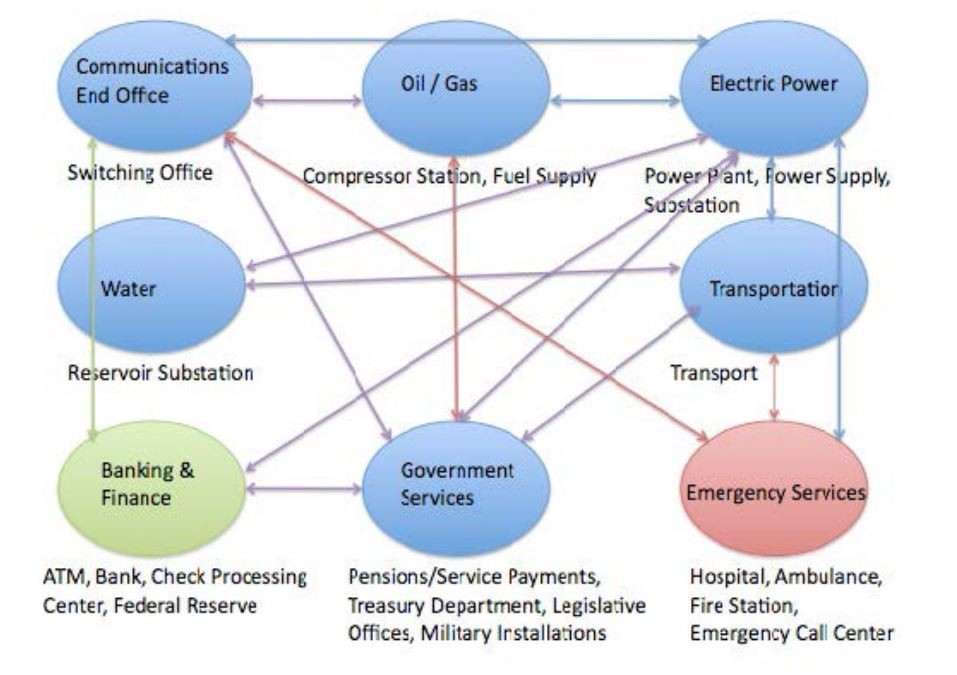 The US military must immediately begin expanding its capability to operate in the Arctic to defend economic interests and to partner with allies across the region.

Accusing Moscow of “militarizing” the Arctic, the report urges more money be spent on US military capabilities in the region, so that Washington can get access to the oil beneath the frozen sea.

The authors see climate-related disasters displacing hundreds of millions of people around the world – giving Bangladesh as one example vulnerable to rising sea levels, with the refugees then triggering conflict in the already unstable and nuclear-armed Indian Subcontinent.

Yet it also foresees a greater role the Army can play both mitigating the effects of these changes inside the US, and intervening in the resulting calamities overseas.

Such crises may require US Army intervention, from disaster response by the Army Corps of Engineers to military operations. However, the report warns, if the water shortages get worse – as they are predicted to – the Army is “precipitously close to mission failure concerning hydration of the force in a contested arid environment.”

Operations in places like Syria, Iraq or Afghanistan over the past 27 years will no longer be possible simply due to inability to secure enough water for the troops.

Between that and the rising awareness of climate issues resulting in “significant restrictions on military activities (in peacetime) that produce carbon emissions,” climate change may actually put an end to “endless wars” – not that the Army report actually dares suggest that as a possibility.

Previous articleDG ISPR grills Indian army chief: You have innocent blood on your hands
Next articleThe FATF ghost is staring Pakistan in the face

23 May 2022
Load more
Previous articleDG ISPR grills Indian army chief: You have innocent blood on your hands
Next articleThe FATF ghost is staring Pakistan in the face

Is Pakistan heading towards water bankruptcy?

Indian filmmaker to make a movie on Qandeel Baloch

Netanyahu’s friend agrees to testify against him on corruption probe