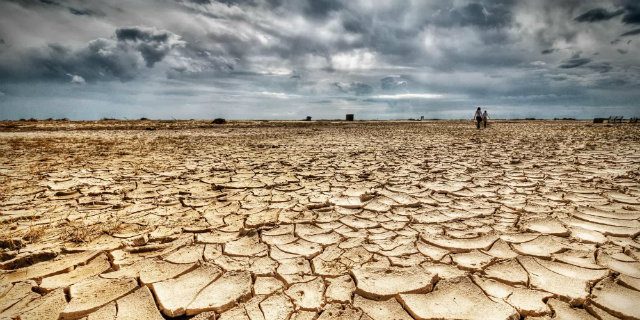 The Indus River and its tributaries form the veritable lifeline of Pakistan. The water system in Pakistan currently comprises of 3 large reservoirs, 18 barrages, and 45 main canals with a combined length of 56,073 kilometers, 12 link canals of 700 kms and watercourses of around 107,000 kms. Of the available water in Indus averaging 137 million acre-feet (MAF) presently, 93 MAF is diverted into irrigation Canals, 22 MAF escapes into the sea, while the unaccounted-for water amounts to as much as 22 MAF.

The legal framework governing the allocation of water resources stems from the Constitution whereby the provinces have jurisdiction over the rivers and are responsible for flood control measures and upkeep etc. However, since the irrigation network in Pakistan is inter-provincial, therefore, the federal government oversees the management and distribution of water through the Indus River System Authority (IRSA). The distribution of water among the provinces is governed by the Water Apportionment Accord of 1991 whereby, Punjab is entitled to 48.9% (55.9 MAF), Sindh 42.6% (48.8 MAF), KPK 3.4% (3.9 MAF) and Balochistan 5.19% (5.8 MAF).

The Indus system provides an average of 138MAF per year but flows vary, at times, from 98 MAF to 183 MAF. Eighty percent of these flows come within a span of 100 days of summer between June and August.

Currently, the situation regarding the storage of water is far below international standards. The total storage capacity in Pakistan comes to a mere 13.86 MAF which is continuously shrinking due to sedimentation. The situation in Pakistan can be contrasted with two other big rivers, Colorado and the Nile. While Indus has 10% storage capacity, Nile which has an average annual flow of half that of Indus at 72 MAF has usable storage of 132 MAF i.e. 183%. Colorado has usable storage of 60 MAF which is 375% of average annual flow.

As a result, there is an excessive reliance on groundwater. In this sense, groundwater is the biggest storage dam in Pakistan with an annual abstraction of around 50 MAF. Here too, the situation is highly unsatisfactory as 40% of aquifers are of hazardous to marginal quality. According to reports, Pakistan is the fourth largest user of groundwater after India, China, and the USA. However, it has the pollution of aquifers is contributing to an increase in water-borne diseases as well as the general burden of disease in the country.

Read more: The water quest: In search of a solution to alarming scarcity

The Indus system provides an average of 138MAF per year but flows vary, at times, from 98 MAF to 183 MAF. Eighty percent of these flows come within a span of 100 days of summer between June and August. Glacial melt accounts for up to 35% of the water flow while the navir (snowmelt) regime accounts for another 40%.

In this regard, the Indus is heavily dependent on the mountain ranges of the North of Pakistan as opposed to other river systems. For example, glacial melt as a percentage of river flows of Yangtze, Brahmaputra, and Ganges rivers are only around 18.5%, 12.3%, and 9.1% respectively.

Thus, an increase in global warming makes Pakistan particularly vulnerable. A number of studies have highlighted the particular vulnerability of Pakistan to the effects of climate change. In every scenario of rising in global temperatures, it is estimated that Pakistan’s rise in average temperatures would be at least 1oC higher than the global average.

It is generally felt that the figure should be at least 10% in the next PSDP increasing gradually to 20% by 2030 in order to deal with the negative consequences of climate change and increased strain on water resources.

Climate change will affect the water resources of the Indus and Pakistan in a number of ways. There is an increasing likelihood of floods, which will affect not only in the loss of lives and property but will also diminish the storage capacity of dams through increased sedimentation. Other effects will be an increase in glacial lake outburst floods (GLOFs), sea intrusion, excessive evaporation leading to further loss of available water, change in rainfall pattern, decrease in precipitation, etc.

According to information from the Ministry of Water Resources, Pakistan has suffered losses to the tune of $38 billion since 1947 as a result of floods. Of this amount, half of the losses have been incurred since 2010, testifying to the urgency of tackling this issue.

On the one hand, the water resources of Pakistan are under an increased threat from climate change and on the other hand, population increase is causing further strains on the demand for water. As a result, per capita surface water availability has reduced from 5,280 cubic meters in 1957 to around 1,000 cubic meters in 2017 which is the minimum required to avert major food and health security issues. By 2025, the available quantity is likely to decrease to 860 cubic meters, which would place Pakistan in water-scarce countries.

Read more: “Water shortage is now the top priority of the court,” says…

The management of the water resources will require careful planning, rapid investments, a capable and delivery-oriented bureaucracy as well as the right institutional framework. In this regard, the Planning Commission, in its Vision 2025, has set a number of ambitious targets which can, at best, be termed as aspirational.

It has set for itself the goals of increasing storage capacity from the current 30 days to 90 days and an increase in efficiency of usage in agriculture by 20%. At the same time, the newly bifurcated Ministry of Water Resources has submitted Water Policy, in April 2018, to treat the matter in a holistic manner.

It has a thousand days of storage capacity and has systematically designed irrigation and industry-specific programs. Pakistan can learn about pricing water as well as conservation plans from this document.

Even in these two cases, actual construction has not started. Both these dams will take around 8.5 years to actualize by which time the storage capacity of the existing dams will have further diminished. Even in the best-case scenario and assuming no further delays, Pakistan will only be able to add an additional 7.07 MAF in storage bringing the total 20.93 MAF far short of the aspirational goal of 42 MAF.

The problem with tackling the issue of freshwater resources and their allocation is financial outlays have not been commensurate with the scale and urgency of the situation at hand. Considering the gravity of the situation, the issues confronting water, energy and food security demand that at least 60% of the PSDP be allocated for these vital sectors in a holistic manner taking into account the nexus between them.

However, in the last 5 Public Sector Development Programs (PSDP), the share of the water sector has been progressively declining. In the 2017-18, the share of the water sector was a mere 3.7%. However, the situation has been partially offset by an increase in provincial allocations. Taken together, the allocations amounted to 07% of the combined Federal-Provincial development outlays.

However, even this is not adequate given the vital importance of the sector. It is generally felt that the figure should be at least 10% in the next PSDP increasing gradually to 20% by 2030 in order to deal with the negative consequences of climate change and increased strain on water resources.

In terms of dealing with increased demand and shortage in the availability of water resources, Pakistan can study and learn from the experience of Western Australia. The area is a desert with naturally prolonged droughts. In order to deal with the issue, it has devised a comprehensive Water Conservation and Efficiency Plan 2009 under the rubric of its Water Strategy. The strategy leverages a number of different tools such as market mechanisms, regulation, and community awareness to impart to the general populace the value of water.

It harnesses modern technologies to reduce the utilization of water including its recycling and audit so that the minimum amount of water is used wherever possible. It has a thousand days of storage capacity and has systematically designed irrigation and industry-specific programs. Pakistan can learn about pricing water as well as conservation plans from this document.

Saud Bin Ahsen is associated with a Public Policy Think Tank Institute and has done MPA (Master of Public Administration) from Institute of Administrative Sciences (IAS) Punjab University, Lahore. He is interested in Comparative Public Administration, Post-Colonial Literature, and South Asian Politics. He can be reached at saudzafar5@ gmail.com. The views expressed in this article are author’s own and do not necessarily reflect the editorial policy of Global Village Space.