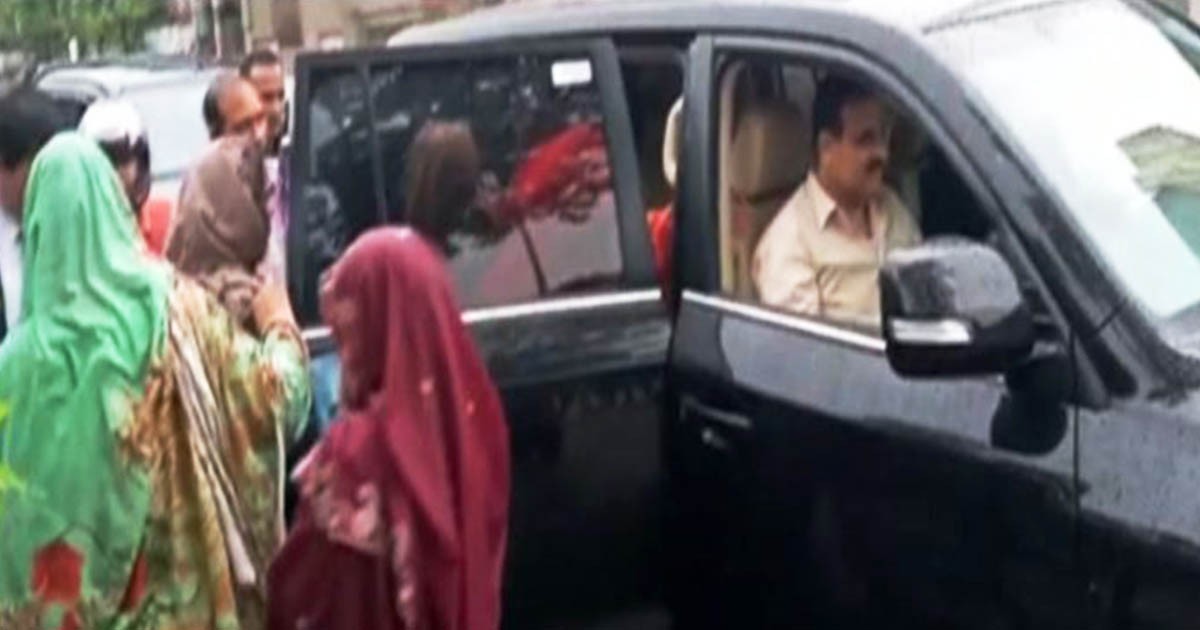 Chief Minister Punjab Usman Buzdar stepped out to help the stranded women and children after a daylong spell of heavy rain lashed the city of Lahore.

CM Punjab drove himself through the streets of Lahore and inspected the situation of water drainage in the city. The chief minister visited numerous places such as the Davis Road, Simla Pahari, Lakshmi Chowk, and Nicholson Road. He provided the lift to stranded women and children and dropped them to safe locations within the city.

In a video posted by his spokesperson, Shahbaz Gill on Twitter shows CM Buzdar asking helpless women and children to get in the car, a video which is making rounds on social media.

Traffic jams, stranded water on the streets, and power failure are few of the problems the residents of Lahore faced after the downpour.

“Where do you want to go? Get in fast,” he is seen asking women and children stranded on the streets.

The monsoon shower caused heavy floods on the roads and suburban areas of the metropolis while restricting people in their homes. The rainwater even entered the houses of people in some areas. The citizens of Lahore complained of the dysfunctional drainage systems of the city and slammed the provincial government over their unpreparedness to deal with the chaos caused by the monsoon spells in the region.

Until Tuesday night, 150 millimeters of rains were recorded in the Punjab capital. Traffic jams, stranded water on the streets, and power failure are few of the problems the residents of Lahore faced after the downpour.

Spokesperson of CM Punjab, Shahbaz Gill, accused the previous provincial government of Shahbaz Sharif for not establishing a proper system of drainage in the city.

Chief Minister Usman Buzdar also visited the office of Safe City Authority Office and monitored the drainage process. He also lamented the ignorance by previous governments for working on mega projects, yet forsaking the basic infrastructure of the city.

However, the video of CM Buzdar failed to impress netizens on social media. People compared his video with images of former CM Shahbaz roaming the flooded streets of Lahore wearing black boots. The disillusioned people advised the Punjab provincial government to come up with tangible actions to help the citizens.

Oh my God….such a blatant but funny attempt at being @CMShehbaz part two. What diff does it make that CM gave lift to women? Pls come up with a plan to make things better instead of cursing the past all the time.

Check how many are getting in his car but Wo jaye ga kahan ?he himself is stuck in this Flooded road