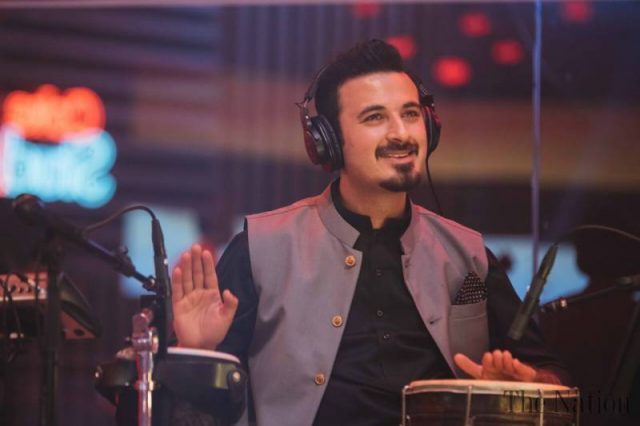 After a brief break, the Coke Studio 11 came back with the debut of the most-awaited singing band, ‘Sounds of Kolachi’ in episode 6. The band made the debut with the song titled ‘llallah’. One of the distinct features of the band hailing from Karachi is its musicians, singers, and instrumentalist belonging to different backgrounds.

The episode begins with the soulful voice of the lead vocalist Ahsan Bari, who impressively sets the tone of the composition at the beginning of the track. Following him, other members join in with drums that continue the flow of the song.

The track IIallah is the rendition of eastern and western musical instruments. With the induction of eastern raag accompanied by the western taste of music, the composers have successfully maintained its balance, avoiding it too overwhelming for the listeners.

Read more: Coke Studio gets a makeover: Recording in the open with new…

As soon as the track begins, the composition invites the listeners to embark on the journey of self-exploration: the journey that has its roots in the spirituality begins with diving deep into one’s soul and connecting with its higher self. The team has impressively tried to deliver that epiphany through Ilallah.

The Coke Studio 11commenced with a powerful performance from Natasha Baig, Fareed Ayaz, and Abu Muhammad Qawwal brothers. The composition of the song is based on the Allama Iqbal’s Shikwa and Jawab-e-Shikwa and has been presented in an upbeat music track.

Hawa Hawa, by Hassan Jehangir and Gul Panra, and Shikwa Jawab-e-Shikwa has remained the two most outstanding tracks of this season. A considerably short-length track, the live performance of Hassan Jehangir in its Coke Studio rendition has been a cup of delight for his admirers who anxiously waited for this exuberant singer to perform in the Coke Studio Season 11.

Other than this, Ali Azmat has lent his vocals in this season. He joined forces with Riaz Qadri and Ghulam Ali Qadri in the second episode of the season for title track ‘Tere Liye’.

The season’s inclination has been mostly towards the Sufi music but, nevertheless, it has produced some scintillating composition this season. However, The Coke Studio’s 11th installment has failed to be at par with the set standards when compared with its previous seasons.

Jemima recalls ‘shy’ Diana as she watches ‘The Crown’ Season 4