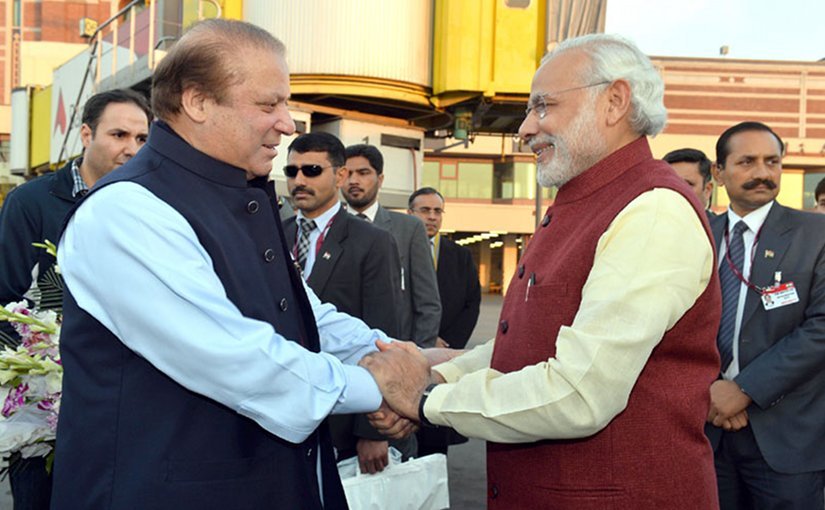 If there is to be a regional policy takeaway from 2016, it is that New Delhi’s apathy for a rapprochement with Islamabad has only served to veer the bilateral relationship off-track.

Recent posturing by India has blinkered efforts to bridge the divide between the two countries. This has meant progress on the Indo-Pak diplomatic front channel has come to a grinding halt. Stonewalling Sartaj Aziz in Amritsar, on the sidelines of the Heart of Asia conference, has made it fairly obvious, there is near to nonexistent appetite in New Delhi for peace – let alone dialogue.

Read More: Pakistan 2016: Sandwiched between hostile India & Afghanistan; Will 2017 be any different?

No-war-no-peace is an alarmist state of play for any two neighbors; let alone becoming the strategic normal, for two nuclear-armed states saddled with the gulf of a fraught and bloodied history between them. In Pakistan, strategic restraint – underwritten by a hard-won civilian-military consensus on national security, and recent military transition – has helped reiterate a multi-stakeholder commitment to regional stability.

In India, new Army Chief Bipin Rawat’s warnings of future surgical strikes signal a dangerously flammable single-lens routinization of South Asian bellicosity. It also enables a hyper-nationalist redrawing of the red-lines of bilateral conflict. This does not bode well for a region that is short on stability to begin with.

But the axial shifts cut both ways, and sober minds in Islamabad are increasingly wary of the blind alley that Indian aggression is driving the relationship towards. Having staked his premiership on building strategic equity across the border – and now under political pressure at home – Prime Minister Nawaz Sharif is unlikely to go off script on India in the coming months. He is unlikely to make further concessions or overtures until there is a palpable degree of guarantee of Indian reciprocity.

This is not to say that silence from Islamabad should be misinterpreted as weakness. Far from it, any attempt by India to breach the LoC or engage in aggression along the Working Boundary is guaranteed to elicit a strict and swift response from Pakistan – which remains committed to defending its frontiers.

This is not to say that silence from Islamabad should be misinterpreted as weakness.

Yet the policy responses in both capitals to the episodic crises of 2016 have been palpably different. Escalation was New Delhi’s go-to whereas Islamabad stayed the course with pragmatism and studied restraint.

This may not be a function of political impulse as much as it is an issue of attitudinal bandwidth. Delhi’s political-strategic elite today have considerably high stakes in a doctrinal standoff with Pakistan, and Islamabad’s does not.

This explains why South Block’s foreign policy mainstay has equivocated from diplomatic coercion to full-on aggression since the BJP took over. The bad news is that the BJP’s return to the state election trail in 2017 almost certainly means that the door to diplomacy in the East has been firmly shut.

Myths of containment and isolationism

But, for all its hubris, New Delhi’s attempts to fabricate myths of containment and isolationism for Pakistan have had limited global takers, leaving Pakistan with an underestimated advantage.

A new administration in Washington has already signaled its desire to do business with Pakistan. Pakistan continues to prioritize coexistence and economic integration as foreign policy prerogatives. There are fresh reasons to believe that Islamabad can use 2017, to expand the breadth and scope of its relationships with global players, including Russia.

New Delhi’s attempts to fabricate myths of containment and isolationism for Pakistan have had limited global takers, leaving Pakistan with an underestimated advantage.

December 2016’s tripartite conference with Moscow and China on Afghanistan, and speculation of a newfound Russian interest in Gwadar, suggests a Russian desire to re-explore the limits of its underbelly. It also amplifies Pakistan’s own message that ensuring Afghan stability should not be a single-state burden.

Newfound Russo-Pak strategic proximity, and a joint Sino-Russo effort to thwart India’s attempts to blackball Pakistan at a gathering of BRIC leaders in Goa, should lend further pause to the isolationist calls by New Delhi.

While containing Indian aggression, then, where else should Pakistan look to shore up engagement? An urgent and immediate answer lies to the West. The unsolved presence of five million Afghan refugees and the unfinished legacy of Operation Zarb-e-Azb mean that Kabul is, and should continue to remain, the most important capital for Islamabad.

As Afghanistan grapples with its own internal divisions and fragilities, bilateral cooperation should be conditioned on the quest for a formal strategic partnership with Kabul, as well as operational guarantee of territory on the other side of the Durand Line. The status and documentation of Afghan refugees must also be urgently upgraded on the Pak-Afghan bilateral agenda.

Regionally, an opening with Iran is also long overdue. With the first Pak-Iran joint bank scheduled to open by March, Islamabad must not drop the ball on the five-year strategic action plan that has pledged to boost bilateral trade to $5 billion by 2021.

With just over a year to go until the next general election, these are critical foreign policy successes that can consolidate policy initiatives at home, and help advance gas, electricity, and investment and infrastructure-development initiatives.

In the same context, Beijing’s offer to build a long-delayed Iran natural gas pipeline to Pakistan, a project conceived of under the previous PPP government, should be seized at the earliest.

The CPEC also offers a natural convergence of Sino-Iranian interests that can be suitably leveraged to open up land access to Turkey, complimenting a presently under-negotiation Pak-Turk Free Trade Agreement.

A decade of hard-won multiparty consensus in Pakistan for peace with India has clearly shifted on its axis. Today, Pakistan is both wary of Indian hostility and tired of the anti-peace public messaging from New Delhi that has become dangerously calcified as the new norm for Indo-Pak engagement. Having convinced itself of its own exceptionalism, India has made clear its reduced stakes in diplomatic normalization with Pakistan.

A decade of hard-won multiparty consensus in Pakistan for peace with India has clearly shifted on its axis.

Pakistan should be in no hurry to convince a post-truth, post-dialogue India, of anything otherwise. If there is an overture from the East, Islamabad will be ready to respond in kind. Until then, a drawn curtain may just quietly help spur better and more constructive New Year resolutions across the border.

Fahd Humayun is pursuing his Phd at Yale University, US. He is also associated with Jinnah Institute, Islamabad. Twitter @fahdhumayun. This piece was first published in The News International. It has been reprinted with permission.