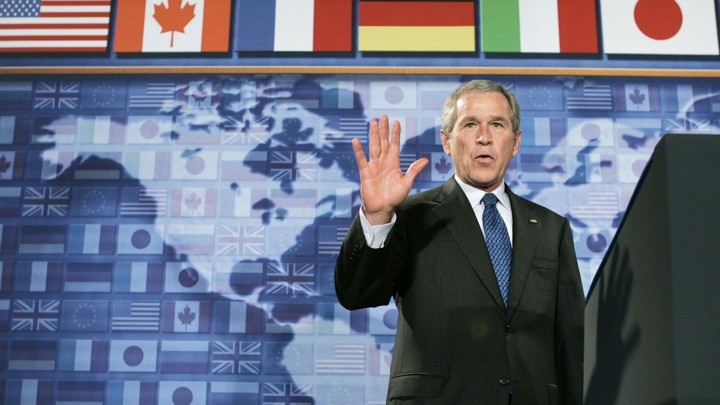 China and Russia denounced the use of “blackmail” Friday in thinly-veiled rebukes of President Donald Trump, highlighting the chasm between the US and its rivals on issues ranging from trade to the war in Syria. Days after Trump slapped $200 billion in tariffs and vowed to press on until China buckles, Foreign Minister Wang Yi told the UN General Assembly that Beijing would not be bowed.

“China will not be blackmailed or yield to pressure,” Wang told the chamber amid an escalating trade war between Washington and Beijing. Russia’s foreign minister took to the same stage, condemning countries that resort to “political blackmail, economic pressure and brute force” in a bid to prevent the emergence of rival global powers.

Relations between Western powers and Russia have been tense over the war in Syria, where Moscow is supporting President Bashar al-Assad’s forces.

Trump forged initial bonhomie with Chinese President Xi Jinping after his unexpected election victory, but has often had to fight off accusations that he is too soft towards his Russian counterpart Vladimir Putin. Nevertheless, relations between Washington and both Beijing and Moscow have plummeted in recent months and the General Assembly, the world’s biggest annual diplomatic gathering, has if anything witnessed a deepening of divisions since it opened on Tuesday.

Wang did try to play down the spurt in tensions as natural between two major countries and also insisted that China had no ambitions to replace the US as the world’s pre-eminent power. “Various frictions may ensue and this is not surprising, and it is also no cause for panic,” Wang said in a separate speech to a New York think tank.

But his speech to the General Assembly contained multiple repudiations of Trump’s “America First” foreign policy, which the US president again championed in his own combative speech at the UN this week.

“China will keep to its commitments and remain a champion of multilateralism,” he said. “We must pursue win-win cooperation…. We need to replace confrontation with cooperation and coercion with consultation. We must stick together as a big family as opposed to forming closed circles.”

Days after Trump slapped $200 billion in tariffs and vowed to press on until China buckles, Foreign Minister Wang Yi told the UN General Assembly that Beijing would not be bowed.

With characteristic bluntness, Trump this week said his friendship with Xi may be over and accused China of interfering in midterm US elections to punish him for his tough trade stance.

US tariffs on another $200 billion of Chinese imports took effect earlier this week, bringing the total amount of goods hit by duties to more than $250 billion, roughly half of China’s exports to the United States.

Wang flatly denied a key charge behind Trump’s hard line on trade — that China is stealing US technology to boost its own companies. “This is simply not true. We hope that such untrue allegations will stop,” he told the Council on Foreign Relations.

Read more: After last week’s visit to the USA: China now going to…

US officials say China seizes the technology indirectly by requiring foreign companies to ally with local firms to enter the world’s most populous market, with the partners then seizing the know-how for themselves.

Like Wang, Russia’s Foreign Minister Sergei Lavrov did not mention Trump by name, but there was little doubt about whom he meant when he denounced leaders who make “loud statements” that pursue “self-serving unilateral approaches.”

“These powers do not hesitate to use any methods including political blackmail, economic pressure and brute force,” Lavrov told the assembly. Lavrov lamented that “attacks” were being launched against the Middle East peace process, the Iran nuclear deal, trade agreements under the World Trade Organization and the Paris climate accord.

But his speech to the General Assembly contained multiple repudiations of Trump’s “America First” foreign policy, which the US president again championed in his own combative speech at the UN this week.

“We are observing an onslaught of belligerent revisionism against the modern system of international law,” he said. Relations between Western powers and Russia have been tense over the war in Syria, where Moscow is supporting President Bashar al-Assad’s forces.

Lavrov said the international community and UN agencies must make the return of refugees to Syria “a priority” as Russia pushes for reconstruction aid for its ally. Russia and the United States are at odds over the Iran nuclear deal, although key US allies France and Britain have also vowed to defend the agreement that Trump ditched in May.

Relations with Germany — another key ally which is a signatory to the Iran accord — have also been strained in recent months. In his speech to the chamber, German Foreign Minister Heiko Maas also took an apparent swipe at Trump’s “America First” foreign policy.

The United Nations “thrives on our common pledge of ‘together first’,” said Maas, whose center-left Social Democratic Party is a junior partner in Chancellor Angela Merkel’s coalition.

US restrictions on Chinese investment next front in trade dispute