Prime Minister Imran Khan appears determined to take strict action against the corrupt leaders. In his speeches before winning the premiership, Khan had vowed to put every corrupt leader behind bars. In last 48 hours, PPP's Asif Zardari and PML-N's Hamza Shahbaz have been jailed, Altaf Hussain is arrested in London and PML-N's top leader Nawaz is already facing jail time over proven corruption charges. In this changed scenario, PM Khan announces the creation of a high powered multi-agency commission to probe how country's debt increased by Rs. 24,000 billion in last ten years. Will this Commission succeed is the question on many minds. 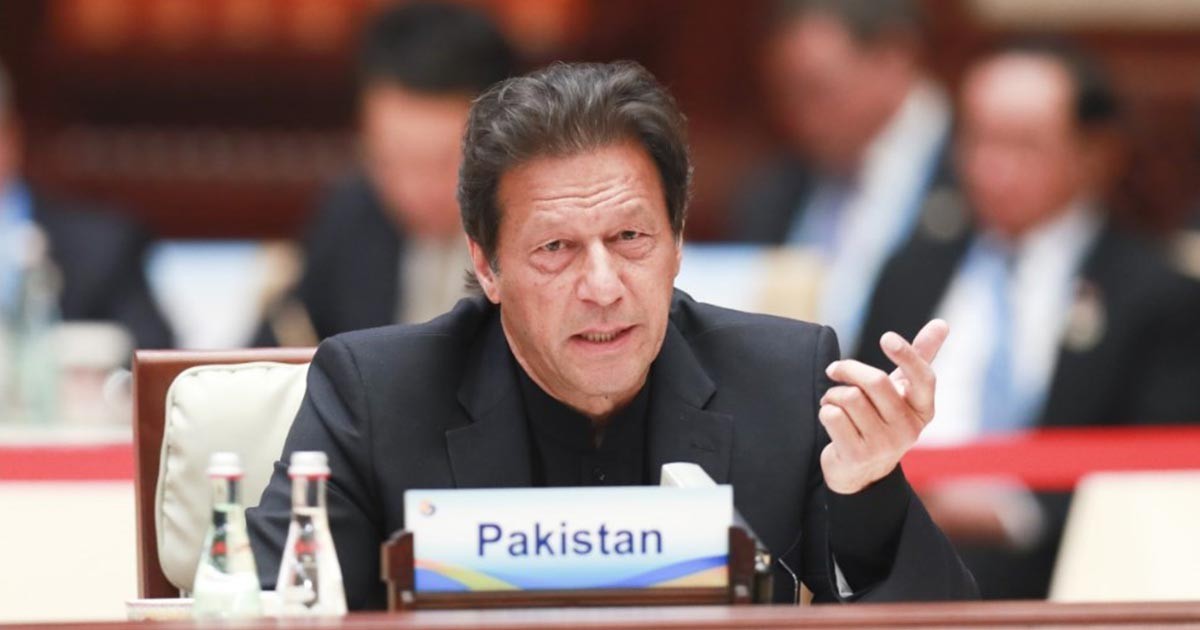 Prime Minister Imran Khan announced in a recorded speech to the nation that a commission shall be formed to probe into money laundering and corruption which took place in last 10 years. PM Khan said that “I’m making a high-powered inquiry commission with a one-point agenda: how did they raise the debt to Rs. 24,000 billion in 10 years?”

He was alluding to Pakistan People’s Party (2007-2013) and Pakistan Muslim League-Nawaz (2013-2018) tenures which allegedly witnessed widespread malpractices. PM Khan also said at the very outset that the country facing economic challenges today are due to wrong and self-centric economic policies of the previous governments. He repeatedly assured the nation that Pakistan is destined to become a great nation. “We will follow the footsteps of Prophet P.B.U.H and shall make this country great,” he said.

PM Khan believes that the PML-N and PPP heads have massively looted the country. it is important to call that Nawaz Sharif, who is serving out a sentence in Kot Lakhpat jail after being convicted and sentenced by an accountability court in the Al-Azizia Steel Mills reference of the National Accountability Bureau (NAB), is accused of massive corruption and misuse of authority.

On Dec 24 last year, accountability court judge Arshad Malik had convicted Sharif in the Al-Azizia/Hill Metal Establishment reference. The court sentenced him seven-year imprisonment, besides imposing a fine of Rs1.5 billion and $25 million on him. The accountability court, however, acquitted him in the Flagship Investment and other London-based companies owned by his children.

Similarly, Asif Ali Zardari has been arrested just a day before by the NAB after his pre-arrest bail application was dismissed by the IHC. The former president is accused of money laundering through the creation of fake bank accounts. The FIA is believed to have reliable evidence to prove before any court of law.

The new commission, that will probe the massive debt Pakistan owes to the international money lenders, comprises the Federal Investigation Agency, Security and Exchange Commission of Pakistan, Inter-Service Intelligence among others.

The NAB is already probing into various cases but now the anti-corruption watchdog is accused of getting dictation from the incumbent government. The Khan-led administration has rejected such an impression and maintained that all cases either against Sharif or Zardari were filed before their government.

One of his main intention is to bring back the looted money to Pakistan. Federal Minister for Science and Technology has recently hinted at the next step which is recovery of the looted money.

Therefore, there is not point of blaming the government for these cases.  Interestingly, the current chief of the NAB was also appointed by the PML-N and PPP after joint consultation. But now both parties maintain that the NAB has been hijacked and being used to target political opponents.

PM Khan also made it clear that everyone shall be investigated who has been a public office holder at high level. “All those in power will be fully investigated by this commission which will prepare a report so that no one dares leave the country in tatters ever again,” he stated.

The 22 years struggle of Imran Khan is demonstrative of his vision he was presenting before the nation. He had said on more than once that he’ll challenge the status quo and introduce radical changes. One of his main intention is to bring back the looted money to Pakistan. Federal Minister for Science and Technology has recently hinted at the next step which is recovery of the looted money.

"I'm not going to spare these looters even if I die"
Prime Miniter Imran Khan's clear message to the previous rulers.#PMIKAddress pic.twitter.com/B8OckXMQvF

Analysts believe that the PM was speaking from his heart and he is likely to achieve what he is up to now.

This #PMIKAddress was straight from the heart. I hope he achieves what he's promising to make #Pakistan stable again

Since both parties, PML-N and PPP, are at the same page and do not want the government to complete its tenure, there is a big challenge as to how the PM shall manage the situation if they come out on roads? The opposition has threatened to lock down the country if the incompetent government is not thrown out of the office. On the other hand, the government has maintained that all mess was being created to stop the ongoing accountability drive which, PM Khan has said, is not going anywhere.

You Can Come Out On Streets & Do Whatever, There’ll Be No NRO: Imran Khan Fights Back

Pervaiz Ashraf Acquitted: PTI Bending Over its Rule of “No Corrupt Spared”

Forget it, general election will be delayed: CJP