Complaint is not a Lawsuit: Will Shehbaz ever go to Court in UK?

PML-N spokesperson Maryam Aurangzeb refuted the revelations put forward by Special Assistant to PM on Accountability Shahzad Akbar, and claimed that the PTI-led government is terrified and angered by Shahbaz Sharif’s defamation lawsuit to the Daily Mail. 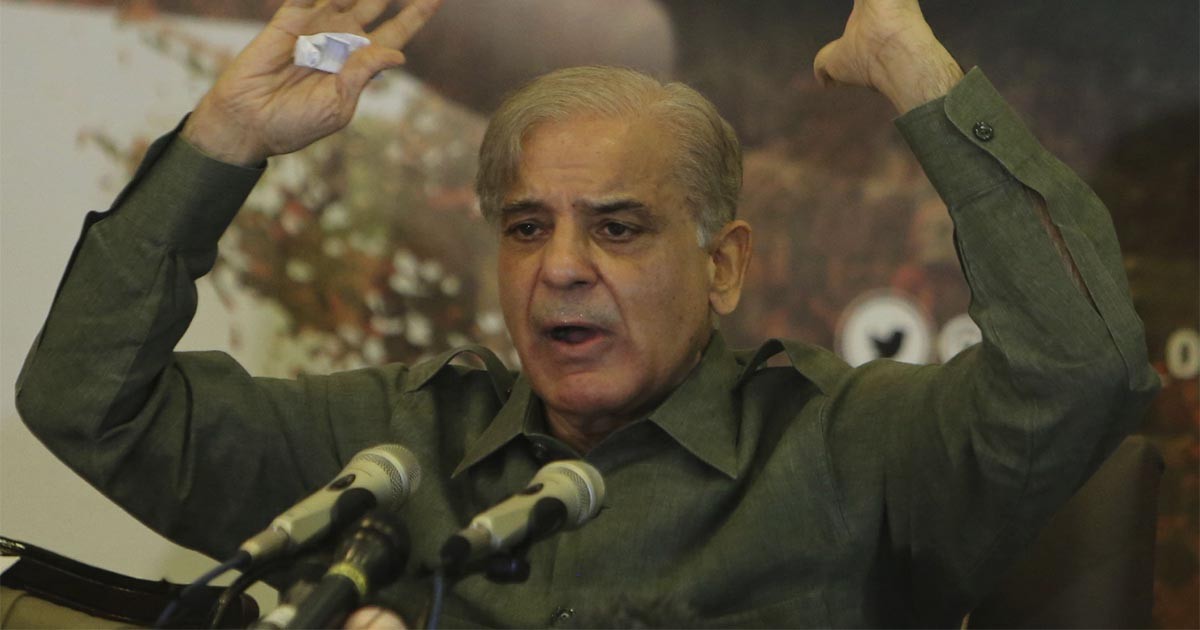 On Sunday, Pakistan Muslim League-Nawaz (PML-N) leader Maryam Aurangzeb criticized the observations made by Special Assistant to PM on Accountability Shahzad Akbar, and noted that his response on PML-N President Shehhbhbaz Sharif’s legal action on the Daily Mail’s “defamatory” story is a clear indication that the PTI-led government was involved in the investigative story by notable journalist David Rose.

Addressing the reporters at the residence of Irfan Siddiqui, an adviser to former premier Nawaz Sharif, Maryam Aurangzeb questioned, “Why is the PTI-led government infuriated by Shehbaz’s defamation notice to the Daily Mail? The press conference by Shahzad Akbar is a clear indication that the selected Prime Minister was behind this engineered story.”

The PML-N spokesperson added, “The government claims that it has no ties with the story published in the Daily Mail. So, then why is the state spending money to hold a press conference on the issue. What are they terrified of?” Maryam Aurangzeb called on Irfan Siddiqui after he was released from Adiala Jail on bail. Siddiqui had been arrested by the police over an occupancy dispute.

Maryam claims that Siddiqui’s arrest had been ordered by Interior Minister retired Brigadier Ijaz Shah, who was acting upon the directives of the premier. She stated, “The government hasn’t just handcuffed Irfan Siddiqui, but in fact, it has handcuffed all journalists, writers, poets, intellectuals and teachers.”

Maryam noted that the PTI-led government had to face humiliation over the arrest of Irfan Siddiqui, and in a bid to divert attention from his ill-treatment, Shahzad Akbar, Special Adviser to PM, staged a press conference on Shehbaz Sharif.

The PML-N spokesperson stated that the PTI-led government is merely hurling accusations, and has been “unable to offer any evidence to substantiate the corruption allegations against Nawaz Sharif and Shehbaz Sharif.” She mentioned, “The vision of Imran Khan is limited to the removal of TV and AC from Nawaz Sharif’s cell. His tactics are cowardly and undignified.”

Addressing the press on Sunday, Special Assistant to Prime Minister Accountability Shahzad Akbar revealed that PML-N President and Leader of the Opposition in the National Assembly, Shehbaz Sharif, has not filed any lawsuit against the British publication Daily Mail, for the investigative report by David Rose on the embezzlement of UK aid provided to earthquake victims.

PML-N President Shehbaz Sharif’s legal action the Daily Mail’s “defamatory” story is a clear indication that the PTI-led government was involved in the investigative story by notable journalist David Rose.

Shahzad Akbar explained that Shehbaz Sharif has only lodged a complaint with the Daily Mail, which is being touted as a defamation lawsuit in local media. Akbar said, “A lawsuit does not involve complaints, but it involves you going to court and filing a case.”

The Special Assistant to the Prime Minister on Accountability noted that the former Punjab Chief Minister did not deny or refute the allegations leveled against him by renowned investigative reporter David Rose in the Daily Mail story.

Akbar said, “The letter sent by the counsel of Shehbaz Sharif has not denied the allegations, but merely stated that the story is not in the interest of the public.” Shahzad Akbar questioned, “How can such a grave matter not be in the public interest. PML-N must clarify this.”

The Special Assistant to PM also shed light on Shehbaz Sharif’s false claims of addressing the matter through the court in London. He added, “I can confidently state that he will never address the matter in a courtroom in the United Kingdom.” He added that Shehbaz has vowed to sue Daily Mail, and should the PML-N President choose to take such an action, “I am willing to provide all the required evidence.”

The vision of Imran Khan is limited to the removal of TV and AC from Nawaz Sharif’s cell. His tactics are cowardly and undignified.

Akbar added that the Daily Mail journalist, David Rose, has also supported his story and cited credible evidence. Akbar noted that Shehbaz had complained that the earthquake occurred in 2005, before he assumed the Chief Minister’s post. However, the evidence, already presented in a Pakistani court, notes that the thefts and embezzlement of the UK relief funds were committed from 2009 to 2011.

The allegations came to light by British investigative journalist, David Rose, published a story on the alleged misappropriation of the UK aid funds awarded to Pakistani earthquake victims during Sharif’s tenure and the Chief Minister of Punjab.

In his story, David Rose highlights the sources, low-income individuals and “street-hawkers” used to embezzle the funds. An excerpt from the article reads, “We noticed that someone called Manzoor Ahmed had sent a series of 13 payments from Birmingham worth £1.2 million to Shehbaz’s wife Nusrat and his sons Hamza and Suleman,’ said one investigator, who asked not to be named. ‘But who was he?’

He was traced through his identity card; whose number was on the forms. In the words of the report, he turned out to be ‘a small home-based tuck shop owner’ in a remote village, who scraped living selling poppadoms. Needless to say, he had never had £1.2 million, nor traveled to England.”

David Rose mentioned another similar case, “Another man who was said to have sent about £850,000 to Shehbaz’s family from Birmingham via HSBC was Mehboob Ali, Lahore ‘street hawker’, who lived from taking tiny commissions from collecting old banknotes and changing them into new ones.”

Is the Opposition looking for yet another NRO by targeting establishment?