Conservatives hasten to choose PM in wake of May’s resign

Britain's prime minister resigned and Conservatives have to choose a new party leader as well as a candidate for the premiership. May's resign saddened the party but new nominations will try to bridge the gap and deliver Brexit. 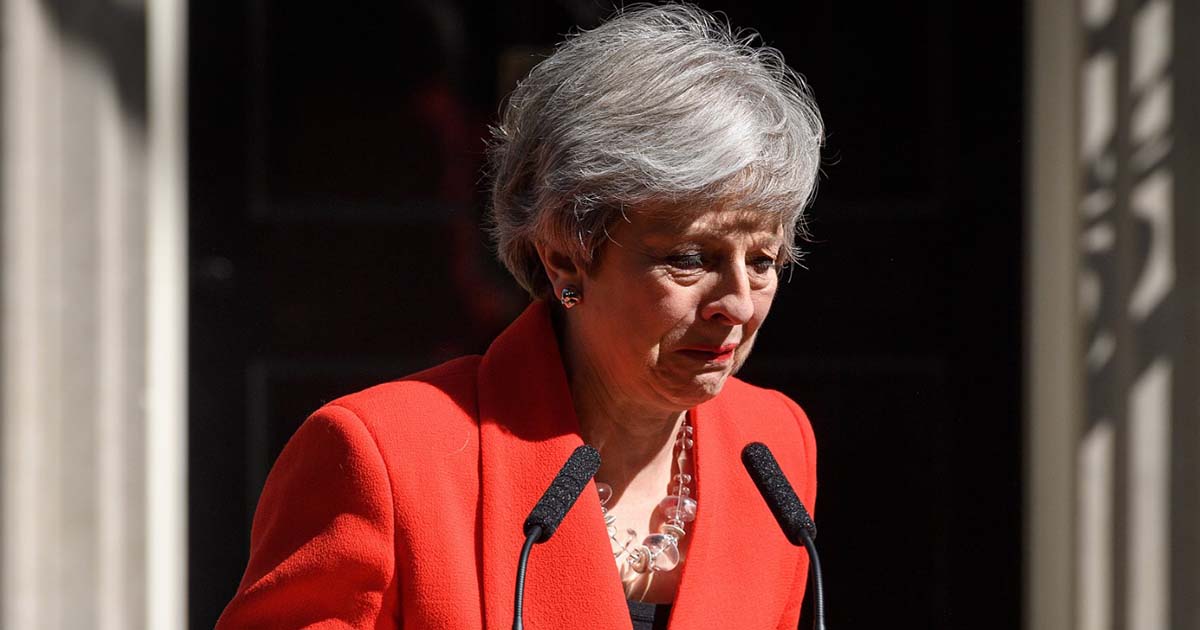 Theresa May‘s resignation announcement Friday sets the stage for a leadership battle in her Conservative Party that will determine who becomes Britain’s next prime minister. Britain’s governing Conservatives said Friday that Theresa May’s successor as party leader and the prime minister was expected to be in place by parliament’s summer recess – set for July 20.

The center-right party’s chairman Brandon Lewis said nominations among MP’s would close in the week beginning June 10, before party members choose between the top two candidates “in time for the result to be announced before parliament rises for the summer”.

May said she will step down as party leader on June 7. She will remain in office as prime minister until a successor is chosen. Nominations for her replacement close in the week beginning June 10. The contest, which has two stages, should conclude by the time parliament leaves for its summer break – set for July 20.

We are deeply conscious that the Conservatives are not just selecting the person best placed to become the new leader of our party, but also the next prime minister, it said.

The first stage will see the 313 Conservative members of parliament whittle the nominees down to two in successive rounds of voting in which the bottom candidate is eliminated.

The second stage will involve tens of thousands of grassroots party members picking the winner in a secret ballot. Whoever wins takes over what may be one of Europe’s hardest jobs.

May has headed a minority government that has been rebuffed by parliament on Brexit and British politics are in a state of flux.

Read more: Brexit may end like “Game of Thrones”; dark and fiery

The new leader faces a race against time to secure Britain’s terms of exit from the European Union, with the country otherwise crashing out by default on October 31.

A very dignified statement from @theresa_may. Thank you for your stoical service to our country and the Conservative Party. It is now time to follow her urgings: to come together and deliver Brexit.— Boris Johnson #StayHomeSaveLives (@BorisJohnson) May 24, 2019

The new Conservative leader will pick up these pieces once formally appointed as prime minister by Queen Elizabeth II.

Lewis spelled out the process that will select May’s replacement, after she announced that she will resign as party leader on June 7 and stay on as prime minister until her successor is chosen.

He said that after nominations close, successive rounds of voting among MPs will whittle the contenders down to a final two. “We expect that process to be concluded by the end of June,” Lewis said.

That would allow for hustings around the country and then a ballot of party members in time for the result to be revealed before parliament’s mid-year break.

The statement appeared conscious that the party could face criticism over the fact that Britain’s new premier will be chosen by a relatively small group: the paid-up party faithful. “We are deeply conscious that the Conservatives are not just selecting the person best placed to become the new leader of our party, but also the next prime minister,” it said.

“That is a solemn responsibility, particularly at such an important time for our nation. “We will, therefore, propose that the leadership election and hustings involve opportunities for non-members and people who may not yet vote Conservative to meet the candidates and put their questions to them too.”

The statement paid tribute to May, saying they were “saddened by her decision but understand it”, and thanked her for her service. “She has shown great dedication, courage, and tenacity. She embodies the finest qualities of public service and, with this decision, has once again demonstrated her strong sense of duty and devotion to the national interest.”