Conspiracy theory in Sindh: Corona is (not) a drama

A new COVID-19 conspiracy theory is spreading among the people of Sindh largely due to the Sindh government's mismanagement. People have started to believe that there is no coronavirus in Sindh. This conspiracy theory will shoot up COVID-19 cases in many folds. Get to know how Sindh govt's incompetency gave birth to this belief? 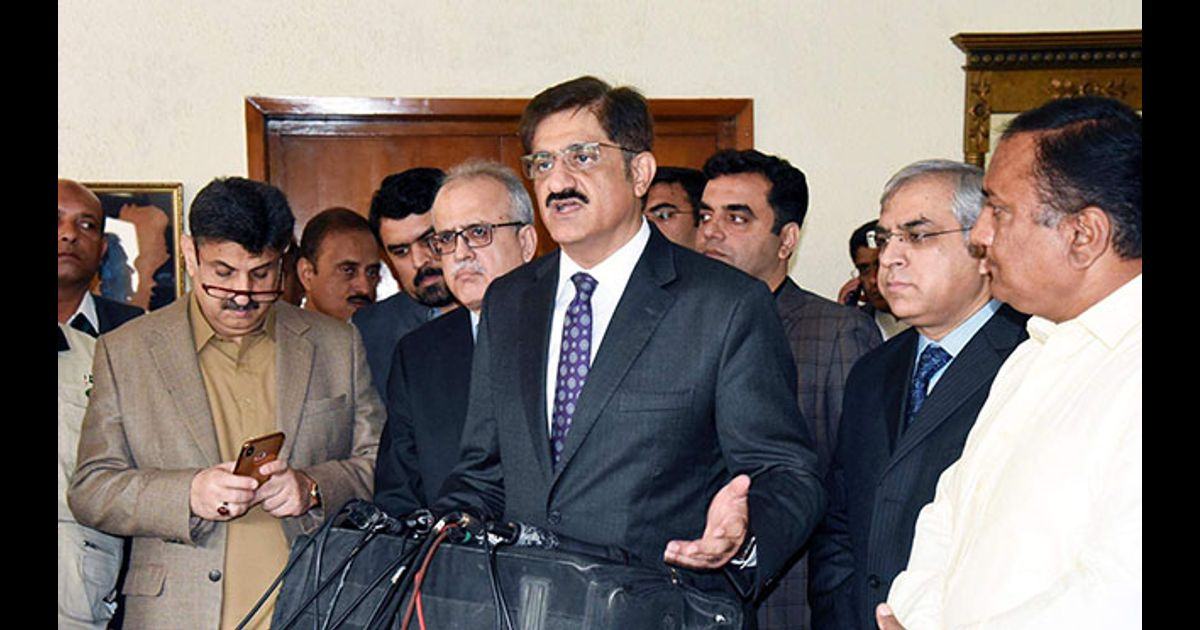 More and more people have been falling for conspiracy theories ever since the emergence of COVID-19. People in Sindh have already started to believe that Corona is a drama. This type of conspiracy theory is found nowhere else in the world.

A belief is being developed that there is no coronavirus in Pakistan. Some even believe that it is a global drama. They argue it is a Jewish conspiracy to inject a chip inside the bodies of 7.8 billion people to rule the world through the forthcoming vaccination program.

Other people who have moderate views believe the COVID-19 pandemic is exaggerated. They presume that there are very few COVID-19 cases in Pakistan. But most complain that the Sindh government is deliberately increasing the number count. When they are asked to provide evidence they show unauthenticated videos or fake audio messages.

One of the videos that went viral in Sindh showed a person in quarantine calling for help and saying that corona is a drama. He said he is in isolation in Chandka Medical Center, Larkana and he wants to go home. He appealed people to not get tested otherwise Sindh health department will get their test positive and isolate them.

Corona is a drama launched by big companies to make people fool, to show supremacy. Here in Sindh I met some suspected corona-Patients, their test first came positive & then negative. There is no pandemic, no disease in the world. Why there's no list of corona victims? pic.twitter.com/pUqPbpwLLh

A few audio messages of some ladies calling themselves doctors of a UK hospital and another of John Hopkins University Hospital also went viral on WhatsApp. Those ladies said some of their relatives were tested positive and were taken to hospital, and after a few days they heard the news of their death.

One must wonder about the authenticities of these WhatsApp messages. How can such a lady who does not believe in medical science land in the world’s top hospital and start complaining that her colleagues are killing people? These aunties seem to be the same ones who were circulating WhatsApp voice notes claiming onion treats COVID-19.

The belief that ‘corona is a drama’ is being incorporated in the minds of the people of Sindh not only due to fake social media messages but also due to unaccountable civil servants of the Sindh government.

Sindh’s bureaucracy, health department, and even ministries are largely involved in corrupt practices. Director generals (DGs) health of divisions in Sindh have received a hefty amount of budget to tackle COVID-19. They have found a golden opportunity to earn commission and kickbacks.

To account for one isolation center, a senior Sindh government doctor on strict confidentiality said that the Kotri Tuberculosis Center has established an isolation ward with minimum cost but its head had asked for a far heavier bill than the actual cost. A separate budget has been set up for COVID-19 care which has provided an ideal chance to the health officers and bureaucrats for corruption. He confirmed that District Heath Officer’s team listed a person who tested negative.

Another senior bureaucrat in Sindh told that a headmaster asked him to allocate his school entirely for the isolation center and allocate a budget for its renovation. Bureaucrat turned him down by saying they only want two halls as reserve isolation centers.

The news that Sindh health workers are increasing the number count of positive cases has been coming out of all divisions of Sindh.

This failure of accountability in Sindh has inculcated the belief that Corona is a drama.

It is worth mentioning that PPP followers initiated a campaign (#SindhDushmanARY & #LanatARY) against ARY News after the channel aired documentary evidence showing Sindh’s health budget and governance failure. ARY News asked the Sindh government where was the Rs. 5 trillion allocated as the health budget spent in the last 8 years?

If you make such allegations, we will surprise you, your screams will go to Mars, you will go mad, today the whole of Pakistan is sending curses to the pioneer channel of yellow journalism.@iqrarulhassan#LanatARY pic.twitter.com/6LIKLOqjcl

Corona is not a drama

People of Sindh must differentiate between the corruption of their government and the reality of COVID-19.

Health professionals forcing people into isolation centers (if this news is true) should be made accountable by the people of Sindh rather than believing in the theory that there is no Coronavirus at all. This attitude is very dangerous. If people do not believe that there is any viral disease, they will stop taking measures. They will disobey every order of government. They will not practice social distancing. And before people come to know that corona really exists, it will be too late. If that happens, we will suffer badly in the face of the Covid-19 crisis just like the United States, Italy, Britain, and France.

People who believe in the conspiracy theory ‘corona is a drama’ should ask themselves a few questions. If it is a drama who is the mastermind? If the US and Israel are the masterminds, then why are they the worst-hit? Which economy will shut the country – only to make trillions of dollars? Are 200 countries stupid to lockdown their business and people? Which government would let its people die of hunger and lose their jobs? Which country would like to ruin their economy? Which leader and government would invite rebellion, protests, and instability to their rule?

I believe COVID-19 cases will rise exponentially in the coming weeks due to the false beliefs of the people and the end of the lockdown. I hope and pray I’m wrong in predicting that. Pakistan is my beloved country and Sindh is my precious province. I laud Chief Minister Sindh Murad Ali Shah’s efforts and his approach towards COVID-19.

But today Pakistan’s leadership especially CM Murad Shah should get to know that the world is on one side and Sindh’s people on the other.

There lies a very important responsibility on the shoulders of Sindh and the federal government. The government should make its health managers accountable if they admit any COVID-19 patient. Leaders should start informing publicly that corona is not a drama with facts. It should release the data of COVID-19 patients especially those who have died. There might be privacy issues but it is more important to unleash and defeat fake news. People will only believe that ‘corona is not a drama’ once they see the evidence.

Reuters - 24 July 2021
PM Imran Khan is one of many targets being secretly watched by Israeli spy software, the Pegasus. It is reportedly used by Modi government against Pakistan leaders and his political opponents.

Shahid Afridi demands land for a cricket academy in Karachi

Child died in desperation of rabies vaccines in mother’s lap