Coronavirus allows UAE to extend hand of friendship to Israel

UAE announces a joint venture with Israel on the coronavirus. Is the UAE acting in a leading capacity for the Arab World's normalization process with Israel? What will happen to legitimate demand of Palestinians in the wake of this process? 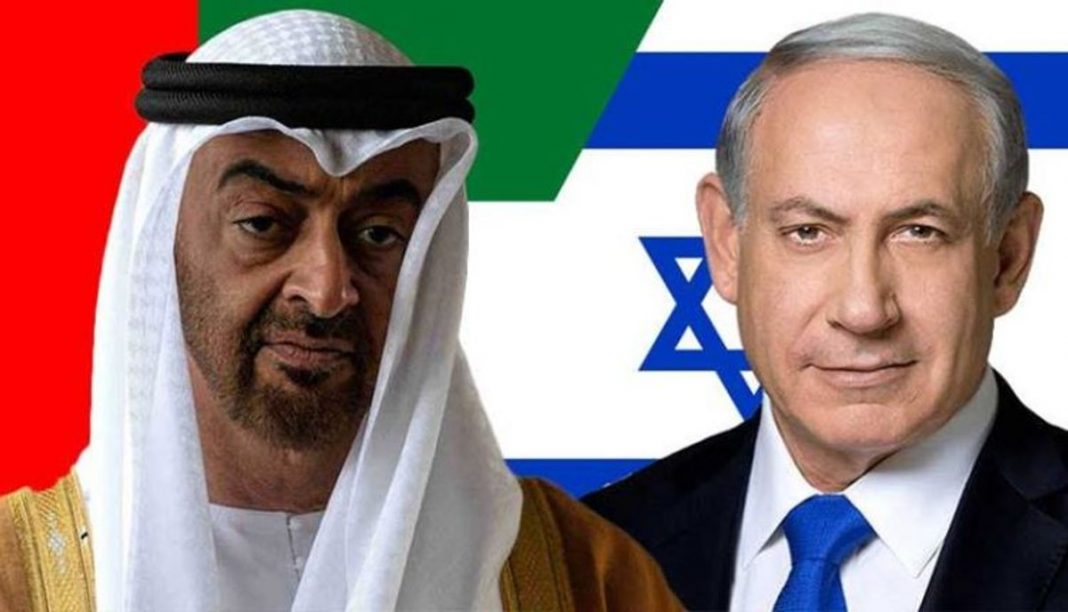 Companies in the United Arab Emirates and Israel will join forces to research and develop technology to fight the novel coronavirus, the two countries, which have no official diplomatic ties, said Thursday. The UAE-Israel collaboration is a cog in the much greater wheel of rapidly warming ties between the Arab states and Israel.

Israeli Prime Minister Benjamin Netanyahu broke the news of an impending collaboration between the Jewish state and the Arab Gulf country, following “prolonged and intense contacts”.

UAE-Israel collaboration in areas of technology

“This collaboration will be in the areas of research and development and technology, in areas that will improve health security throughout the region,” Netanyahu said in a statement.

“Two private companies in the UAE sign(ed) an agreement with two companies in Israel to develop research and technology to fight COVID-19,” WAM said.

“This scientific and medical agreement forms part of constructive cooperation aimed at addressing the COVID-19 pandemic to safeguard the health of the region’s peoples.

“As a result of the pandemic’s spread worldwide, it is imperative to place the protection of humanity at the forefront of global action to overcome this unprecedented crisis,” WAM added.

The names of the companies were not immediately revealed and there were few other details.

Hind al-Otaiba, director of strategic communications at the UAE foreign ministry, likewise reported that an agreement had been signed by firms in Israel and the UAE to develop research and technology to fight the virus.

Jordan and Egypt aside, Arab countries have no official relations with Israel.

But Arab states in the Gulf, including the UAE, have increasingly built informal ties with Israel in recent years amid shared concerns over Iran, which the Jewish state considers its arch-enemy.

“The stronger we are, the more powerful we are at deterring our enemies and bringing our friends closer,” Netanyahu said in his statement.

UAE-Israel collaboration in the wake of West Bank Annexation

The Israeli premier’s remarks came just days before the Jewish state intends to kick-start US-backed plans to annex settlements in the occupied West Bank and the Jordan Valley.

That plan has sparked the fury of the Palestinians and drawn international condemnation.

On Wednesday the United Nations, European and Arab powers warned Israel that the annexation plan would deal a major blow to peace.

Arab countries have repeatedly called for a settlement to the Palestinian-Israeli conflict as a condition for normalising ties with the Jewish state.

Earlier this month, the Emirati ambassador to Washington warned that annexing parts of the West Bank would jeopardise any warming of Arab-Israeli relations.

“Annexation will certainly and immediately upend Israeli aspirations for improved security, economic and cultural ties with the Arab world and with the UAE,” Yousef al-Otaiba wrote in a rare op-ed by an Emirati official in Israel’s top-selling daily Yediot Aharonot.

“Recently, Israeli leaders have promoted excited talk about normalisation of relations with the United Arab Emirates and other Arab states.

“But Israeli plans for annexation and talk of normalisation are a contradiction,” Otaibi added in the op-ed.

Although there is a long history of secret relations between many Arab countries and Israel, the steps towards normalization have taken an unusually hastened and public turn recently, despite Israel’s continued refusal to implement the terms of the Arab Peace Initiative. This normalization has played out on economic, commercial, security, military, cultural and even sporting levels.

Hours after Netanyahu said the UAE and Israel would announce 'collaboration' against coronavirus, Emirati news agency clarifies the deal is only between private companies https://t.co/DCs3mxXTBv— Haaretz.com (@haaretzcom) June 26, 2020

Trade and economic normalization between Israel and the Arab countries has grown significantly in recent years. According to Israeli Central Bureau of Statistics data, Israeli exports of goods and services to MENA markets are estimated at a total of about 7 billion dollars annually, including more than one billion dollars from the Arab Gulf countries. The markets of the Middle East and North Africa region represent about 7 percent of total exports, and 6 percent of total Israeli imports of goods and services.

Intelligence and security relations between the UAE and Israel go back several years. In 2008 the Critical National Infrastructure Authority, which ensures security and safety for vital facilities in Abu Dhabi, signed an 816 million dollar contract with AGT International, a Swiss company owned by Israeli businessman Matti Kochavi, to purchase surveillance equipment for “critical assets such as oilfields and other strategic sites” in the UAE.

The Arab Gulf states have recently increased interest in buying advanced intelligence technology made in Israel, to spy on their political opponents and monitor and track their activities.

Earlier this month, a flight undertaken by Etihad Airways — the UAE’s flag carrier — laden with Covid-19 related medical supplies for the Palestinians made a rare landing in Tel Aviv.

But the aid was refused by the Palestinians as the UAE had coordinated with Israel rather than with the Palestinian Authority. Later, a UAE-Israel collaboration on coronavirus was announced.

Watch Dr. Mooed Pirzada discuss the impending normalization of Arab-Israel ties and what it means for Pakistan: