China's official death toll and infection numbers from a new coronavirus spiked dramatically on Thursday after authorities changed their counting methods, fuelling concern the epidemic is far worse than being reported. 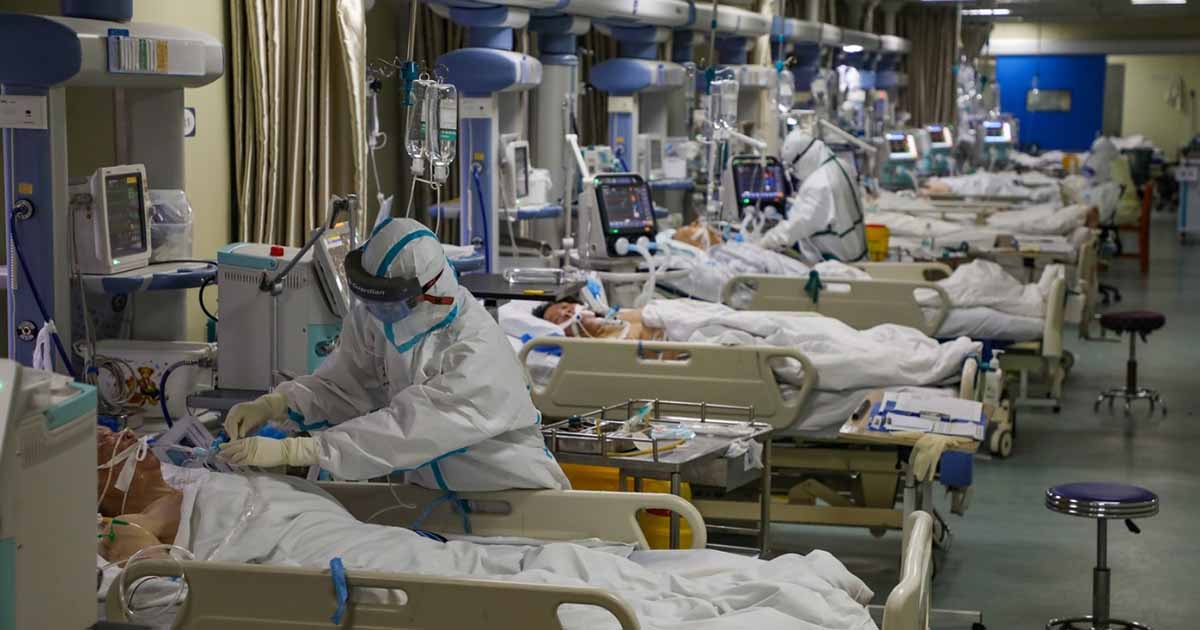 The number of deaths and new cases from China’s coronavirus outbreak spiked dramatically on Thursday after authorities changed the way they count infections in a move that will likely fuel speculation that the severity of the outbreak has been under-reported.

The hard-hit central province of Hubei reported 242 deaths in just one day and 14,840 new patients — by far its biggest one-day tally since the crisis erupted last month.

The jump raised the death toll to 1,355 and the total number of nationwide infections to nearly 60,000 — just hours after President Xi Jinping touted “positive results” from the government’s drastic measures to contain the virus and a top Chinese expert predicted the epidemic would peak this month.

China's official death toll and infection numbers from a new coronavirus spiked dramatically on Thursday after authorities changed their counting methods, fuelling concern the epidemic is far worse than being reported.https://t.co/1XcajxG4oa

Officials in Hubei said they were broadening their definition for COVID-19 cases by including people “clinically diagnosed” with the virus in the daily tally.

This means officials can use lung imaging on suspected cases to diagnose the virus, rather than the standard nucleic acid tests.

China has placed some 56 million in virtual quarantine in Hubei and its capital, Wuhan, since late last month and restricted movements of millions more in cities far from the epicentre in an unprecedented effort to contain the virus.

Xi chaired a meeting of the ruling Politburo Standing Committee on Wednesday after figures showed that the number of new cases had dropped for a second straight day.

China has been praised by the World Health Organization (WHO) for its transparent handling of the outbreak, in contrast to the way it concealed the extent of the SARS virus.

But it has faced continued scepticism among the global public, with suggestions that there may be similarities with the way it dealt with the 2002-2003 outbreak.

Authorities in Hubei have been accused of concealing the gravity of the outbreak in early January because they were holding key political meetings at the time.

‘Too early’ to predict

Zhong Nanshan, a renowned scientist at China’s National Health Commission, had said on Tuesday he thought the outbreak would peak in mid- to late-February.

“I think it’s way too early to try to predict the beginning, the middle or the end of this epidemic right now,” said Michael Ryan, head of WHO’s health emergencies programme.

The #WHO says it is too early to try to predict the beginning, the middle or the end of the epidemichttps://t.co/WQvZVEzsi0

In Spain, organisers of the world’s top mobile telecommunications trade fair, the World Mobile Congress, said the event would be cancelled following an exodus of industry heavyweights over coronavirus fears.

The GSMA, which organises the annual show, set for Barcelona, said it was cancelled due to “the global concern regarding the coronavirus outbreak, travel concern and other circumstances.”

The announcement was made just hours after Vodafone, Nokia, Deutsche Telekom, Britain’s BT and Rakuten of Japan had pulled out, following in the footsteps of Intel, Facebook, Cisco and China’s Vivo.

US planemaker Boeing warned that there was “no question” the outbreak would hammer the aviation industry and the broader economy.

The epidemic has threatened to harm the Chinese economy, the world’s second-largest, with ANZ bank warning that China’s first-quarter GDP growth would slow to 3.2-4.0 percent, down from a previous projection of 5.0 percent.

It has also disrupted sporting events in China: motorsport’s governing body FIA announced the suspension of the Formula One Grand Prix in Shanghai, originally scheduled for April 19, due to the “continued spread” of the coronavirus.

Due to the impact of the virus, the OPEC oil cartel lowered its forecast for growth in global oil demand this year by nearly a fifth.

Several countries have banned arrivals from China, while major airlines have halted flights to and from the country, as hundreds of people have now been infected in some two dozen countries.

The biggest cluster of cases outside China is on a cruise ship quarantined off Japan’s coast.

An additional 39 people on board the Diamond Princess have tested positive, raising the total number of cases to 174, while thousands of passengers and crew face a second week in quarantine.

Trump’s Mission: Exit Afghanistan, But will there be peace after the Americans leave?