Coronavirus economic recovery plan to be negotiated by EU

As Beijing battles with a second wave of coronavirus cases, believed to have come from European imports, the EU begins negotiating a post-coronavirus economic recovery plan. The virus has caused the largest recession in the history of the EU, and countries must figure out how to get their economies up and running again. 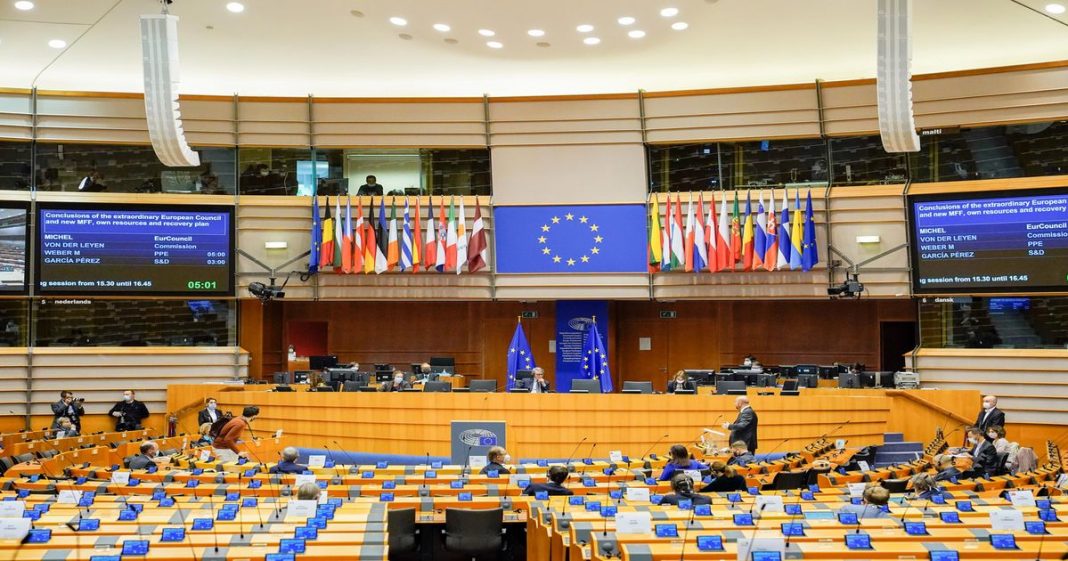 Deeply divided EU leaders on Friday started negotiating a post-coronavirus economic recovery plan, as the death toll from the pandemic soared past 450,000 and China raced to prevent a second wave.

China released genome data for the coronavirus found in a fresh outbreak in the capital, which state experts suggest share similarities with European strains.

Second wave of coronavirus in Beijing

Tens of thousands of people in Beijing are being tested for the virus while neighbourhoods have been locked down and schools closed as authorities seek to contain a cluster linked to a food market.

Another 25 cases were confirmed in Beijing, taking the total number of infections since last week to 183.

The resurgence came after China had largely brought the virus under control and eased restrictions on movement inside the country, where the illness was first detected in the city of Wuhan.

Meanwhile, a lockdown was reimposed on 15 million people in southern India as the number of coronavirus infections neared 400,000.

New restrictions in Chennai, the capital of Tamil Nadu state, and surrounding districts followed a surge of cases, even as the rest of the country of 1.3 billion people gradually resumes normal life.

Almost 8.4 million cases have now been reported worldwide, and the death toll passed 450,000 on Thursday.

A second wave of COVID-19 and another round of sweeping lockdowns could have a “very serious” impact on the Canadian economy and must be avoided, Bank of Canada Deputy Governor Lawrence Schembri said on Thursday.

Schembri, taking questions from a business audience, said employment and spending had dropped sharply since mid-March when “a fairly broad-based lockdown” was imposed.

Canadian officials shuttered most non-essential businesses and urged people to stay home to slow the spread of the coronavirus. In recent weeks, most regions have gradually started to reopen.

Bank of Canada Governor Tiff Macklem said on Tuesday the bank remained focused on using its policy tools to support Canada’s economic recovery. The bank slashed its key interest rate three times in March to a record-low 0.25 per cent.

Europe to come up with coronavirus economic recovery plan

Europe remains the hardest-hit continent with over 190,000 deaths from almost 2.5 million cases.

Many European countries began reopening this month after painful lockdowns that have saved lives but wearied confined populations — and devastated economies.

The EU faces the biggest recession in its 63-year history, and states are under pressure to look beyond their own borders and to find ways to lift the whole continent.

On the table at Friday’s virtual EU summit is a proposal from European Commission chief Ursula von der Leyen for a 750 billion euro ($840 billion) rescue fund that, if accepted, would mark a historic milestone for EU unity.

But opposition is fierce from countries known as the “frugal four” — The Netherlands, Sweden, Denmark and Austria — who have promised to fight to rein in the spending.

“It is clear that we expect no essential agreements at this summit,” said a German government official.

A French source called it a “warm-up round” that would “take the temperature” before leaders land a compromise in late July.

Lined up against the frugals are EU countries such as Italy and Spain that were the first and hardest hit by the pandemic, and quickly asked for help from their better-off partners.

Crippled with overstretched finances, these countries lack the ability to fight the recession with a wave of extra spending and are looking for a highly visible act of solidarity in the form of a coronavirus economic recovery plan.

US depending on vaccine, not lockdown

The United States still leads the world in the number of confirmed infections and in deaths, with the fatality toll approaching 120,000.

But the leading US government expert Anthony Fauci said in an interview with AFP that the country does not need more widespread lockdowns to bring the outbreak under control.

Rather, he said, “I think we’re going to be talking about trying to better control those areas of the country that seem to be having a surge of cases.”

And he said he was optimistic the world would soon have a vaccine that would end the pandemic, calling early trial results “encouraging”.

Read more: ‘Breakthrough’ steroid treatment for coronavirus praised by WHO

Many within the scientific community have described the development of a vaccine for the SARS-CoV-2 virus as a “Moonshot” given there has never been a successful vaccine for any human coronavirus.

“The reason I have more confidence with coronavirus is that we know the majority of people recover from COVID-19 because their immune system clears the virus,” Fauci said.

Chinese authorities said studies of genome data suggest the new coronavirus outbreak in Beijing “came from Europe”, but is different from what is currently spreading there.

“It is older than the virus currently circulating in Europe,” Zhang Yong of the Chinese Center for Disease Control and Prevention (CDC) said in a report published by the Communist Party’s anti-corruption watchdog.

Zhang raised the possibility of the virus lurking in imported frozen food or in the wholesale market itself, resulting in similarities to older strains.

In Italy, a study by the national health institute said the coronavirus was present in two cities in the north in December, over two months before the first case was discovered there.

Researchers discovered genetic traces of SARS-Cov-2 — as the virus is officially known — in samples of waste water collected in Milan and Turin at the end of last year, and Bologna in January, the institute said Thursday.

In Britain, which has the highest death toll in Europe, Prime Minister Boris Johnson said Friday English schools would receive £1 billion ($1.2 billion, 1.1 billion euros) in funding to help pupils catch up after missing months of education.

And after a three-month hiatus, football returned to South America Thursday in Brazil, with a Rio de Janeiro state tournament match.