As the world has been rocked by coronavirus cases, the peace initiatives undertaken by the insurgent groups in many countries projects positive prospects for humanity to survive. The Huthi rebels in Yemen announced a ceasefire which has paved the way for peace to prevail between Saudi Arabia and Iran in the long run. 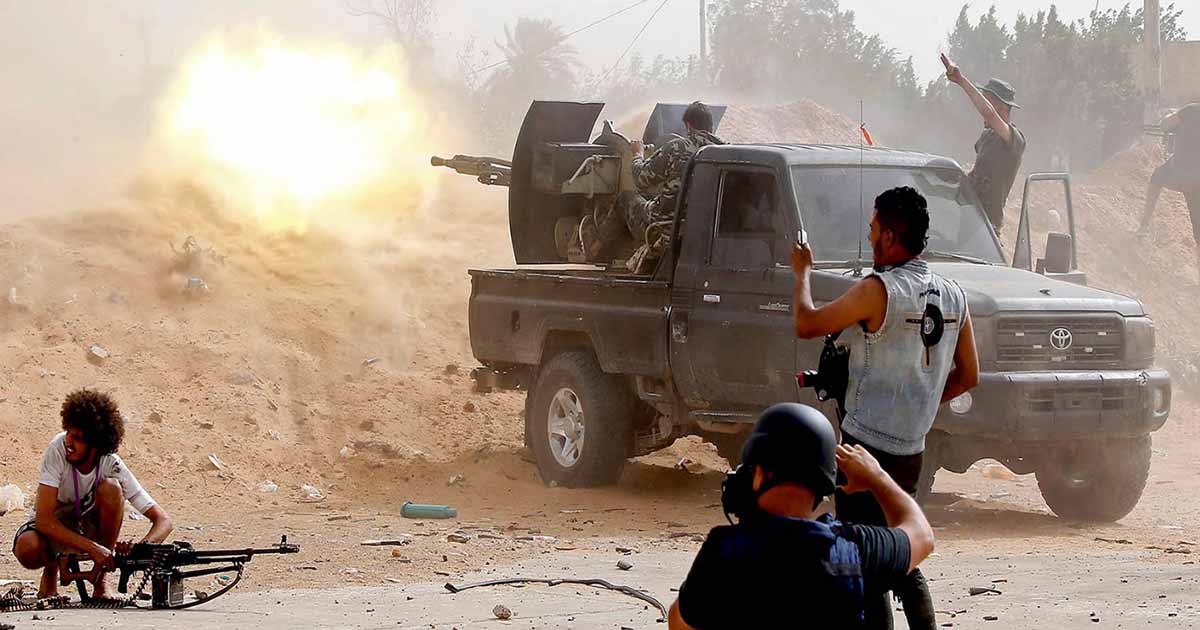 The United Nations on Thursday hailed armed groups heeding its call for a ceasefire during the coronavirus crisis, as Security Council and General Assembly members prepared draft resolutions in support of the measure.
Armed groups in Cameroon, the Philippines, Yemen and Syria have moved in recent days to reduce violence as UN Secretary-General Antonio Guterres on Monday issued an appeal for ceasefire.

The UN special envoy for Yemen, Martin Griffith, said he was “heartened” to see positive responses from both the government and Huthi rebels.

“I expect the parties to adhere to their words and put the interest of the Yemeni people above all,” Griffith said in a statement, calling for an “urgent meeting” on how to put their commitments into practice.

The civil war in Yemen, which has dragged on for more than five years, pits the Iran-aligned Huthis against government forces backed by a Saudi-led coalition. Experts say that the conflict has created the worse humanitarian crisis in the world.

Guterres issued his ceasefire call in a bid to protect civilians in war-ravaged countries like Yemen and Syria — largely spared so far by the virus — whose barely functioning health care systems could not handle its spread.

Elements of a draft resolution related to COVID-19’s impact on “peace and security situations” is circulating between the five permanent members of the Security Council, according to a diplomat who requested anonymity to speak freely.

Some UN Countries are “thinking about a text on supporting Guterres’ appeal,” another diplomatic source told AFP, a move initiated by France.

Following a conversation with his US counterpart Donald Trump, French President Emmanuel Macron tweeted that the United States and France were “preparing with other countries a new strong initiative in the coming days.” It was not immediately clear whether he was referring to measures being discussed between Security Council member states.

Unlike in the Security Council, resolutions adopted by the General Assembly’s 193 members are not binding but can have strong political value if enough countries sign on.

In Cameroon, separatists in two mainly English-speaking regions have been fighting the government in the majority French-speaking central African country for three years in a war that has left more than 3,000 people dead, many of them civilians.

“The Secretary-General calls on other armed groups to do likewise.”

That group issued its temporary ceasefire call on Wednesday, but the conflict involves a multitude of groups, and their representatives — some of whom live abroad — are not always in close touch with those on the ground.

Guterres called for “renewed dialogue” in Cameroon “that will put an end to the violence and human suffering,” Dujarric said.

In the Philippines, the UN said the armed wing of the Communist Party, which is fighting to overthrow the Manila government, had announced a temporary ceasefire on Tuesday.

It added that the Kurdish-led Syrian Democratic Forces in the north-east of the country also supported the ceasefire appeal and had announced on Tuesday their “commitment to avoid engaging in military action.”

The secretary-general meanwhile called on other parties in the Syrian conflict to support the ceasefire.

Guterres “hopes that this will serve as an example across the world to silence the guns and come together as we face the global threat of COVID-19,” Dujarric said.