Could the U.S face the Soviet style defeat in Afghanistan? 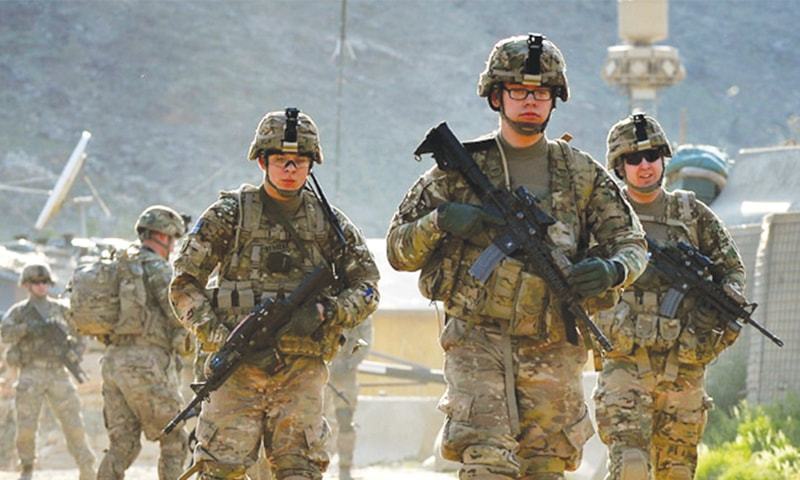 In a statement issued by the Afghan Taliban on the 39th anniversary of the Soviet Invasion of Afghanistan, the group has warned the U.S that it could suffer the same fate as that of the Soviet Union.

27 December marks the anniversary of the Soviet troops and battle machines marching into Afghanistan in 1979 and initiating a chain of events which have the impacts on the global security paradigm even today.

The move of the troops being withdrawn is already been taken as the good gesture and Taliban deem it necessary for the peace process to prevail in the country.

“Take heed from the Soviet defeat in Afghanistan and abandon thoughts of testing the mettle of the already proven Afghans,” Taliban spokesman Zabiullah Mujahid said in a statement in English, Dari and Pashto.

It is true that the insurgent group has a presence, influence, and control over the Afghan mainland more than the government and its western allies but still mocking the U.S troops for a Soviet-style defeat is a bit of an overstatement. It remains the fact that the U.S has practically lost all the objectives it was fighting for in Afghanistan in the first place, but as long as the last U.S soldier remains in Afghanistan, the verdict is not in favor of Taliban as well.

The Soviet Union was forced to retreat and concede defeat owing to the fragile internal security and economic condition of the country. Contrary to this, even after putting in the billions of dollar into the longest war in the U.S history, the will and zeal of the U.S establishment might have been exhausted but the same is far from true as far as the resources are concerned.

Neither is the internal situation of the contemporary U.S as chaotic as it was for the Soviet Union back in 1989 which led to unconditional retreat. Given the high military and strategic ground which the Taliban insurgents are currently holding in Afghanistan, a mockery of the kind is understandable.

What was more interesting compared to the threat was the language used by the Taliban spokesperson for the relations between the Taliban and the United States of America. The group expects “relations based on diplomatic and economic principles” instead of conflict. The discourse here sounds more statesmen like compared to any other statement of Taliban in the past.

The Kabul based, and practically vulnerable even there, the government which has been reinforced with the influx of billions of dollar seems to be standing nowhere.

Since the U.S is a sovereign state, therefore, assuming the relations to be diplomatic and economic rather conflict-oriented mean that the Taliban have started to take themselves as the State of Afghanistan already. Part of the assumption must have been reinforced when the U.S President Donald Trump ordered the withdrawal of half of the troops stationed in Afghanistan.

Since the political intelligensia back in Afghanistan is getting weary of the prolonged war which has not imminent, productive end in sight, the Taliban would demand an as bigger piece of the pie as possible on the dialogue table. The move of the troops being withdrawn is already been taken as the good gesture and Taliban deem it necessary for the peace process to prevail in the country.

On the positive note, the hint of progressive relations with the United States of America suggests that the group itself is no longer willing to extend the fight provided the war is no further imposed on them. The only real issue here is that since the insurgent group is already using their name as the state, Taliban – U.S relations, it puts the entire resources and lives of the allied and the U.S soldiers lost in Afghanistan for no purpose.

Read more: Who are Afghan Taliban and why the US won’t be able…

The Kabul based, and practically vulnerable even there, the government which has been reinforced with the influx of billions of dollar seems to be standing nowhere. The psychoanalysis of the text from the recent statement of Taliban is not welcoming as far as what the U.S has been aspiring over the course of the last 17 years. But it is very important that all the stakeholders must agree on the terms which are in the largest interest and aspirations of Afghan people and regional peace.