The author discusses the FATF decision to add Pakistan to the grey list despite the country's important role as a peace negotiator. According to the author, this prejudice is nothing but propaganda by India, however, Pakistan can counter it by promoting its image as a peaceful country. 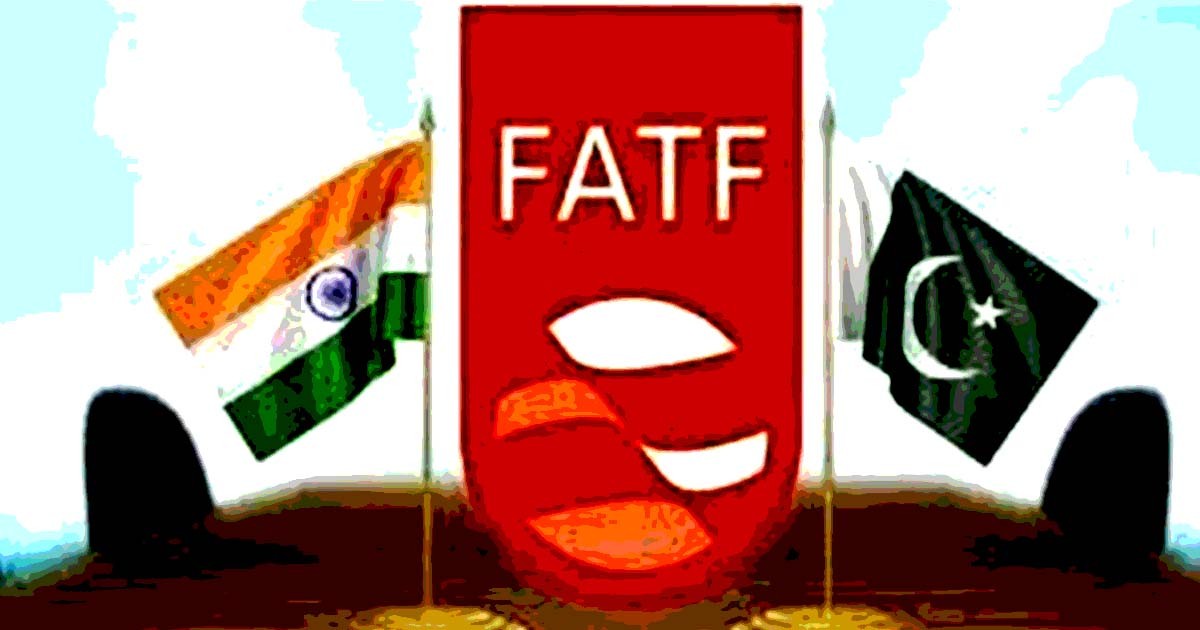 Pakistan being an Islamic state is grappled with serious challenges emanating from the changing global geopolitical order. This broad set of threats constitutes Islamophobia, religious persecution, international bias, the accusation of terror financing and crime-terror nexus.

Regardless of Pakistan’s efforts towards combating terrorism, raising voice against human rights violation, it’s peaceful and responsible overtures as well as proposed bills to counter-terror and money laundering, still, she is going through international bigotry in form of FATF decision of lingering Pakistan in the grey list till June 2021 because of the so-called narrative that she is unable to accomplish the target points concerning terror financing.

Read more: What are the 6 FATF points that Pakistan still has to comply with?

The verdict of FATF has raised concern that why India is not on the grey list despite its unchecked brutality and Hitlerarian approach in Indian Illegally Occupied Kashmir (IIOJK), Balakot airstrike 2019 and terror financing in Pakistan which was unveiled at a joint conference of DG ISPR and Foreign Minister of Pakistan, aired on 14, November 2020.

Moreover, India’s terror financing within Pakistan was also exposed by the EU Disinfo Lab report 2019 in which India’s planning and execution of terror based activities in Pakistan, associated fake media and other institutes were revealed.

With such concrete evidence, FATF judgment against Pakistan mainly as a result of the Indian lobby is nothing other than mere futile prejudice. Modi’s fascist strategies have encouraged non-state actors and his proxies to promote terror financing aimed at isolating Pakistan internationally while portraying a false and destructive image of the country.

Pakistan’s unparalleled role in the Afghan peace process, unfortunately, is left unappreciated. Apart from Afghanistan, all other efforts of Pakistan in promoting peace and stability including its mediatory role in US-Iran, US-China strained relations, have been overshadowed by India’s strong international lobby.

It seems that the US is also in favour of the continuation of Pakistan in the grey list to satisfy Modi’s approach and to continue strong ties with India.

Keeping in view this serious issue and a petite interval for convincing the world regarding Pakistan’s determinations for exclusion from the grey list, Pakistan needs to engage in lobbying and narrative building by using media particularly social media as a constructive tool to portray Pakistan’s efforts in curbing the menace of terrorism and its aspiration for whitelisting in FATF.

Lobbying practices need to be done at the national and international level, nationally to disrupt extremist, anti-state and anti-military tendencies aimed to dislocate state structure. While on the other side of the coin, its high time for Pakistan to counter negative narratives by nurturing a positive outlook of the state.

In doing so, media is also one of the crucial media to highlight the efforts of Pakistan against terrorism and money laundering and to portray her image internationally. In the media domain, social media is deemed one of the most indispensable means to change the mind of an international audience.

Henceforth, in this short span of time comprising of few months, Pakistan needs to build strategies intended for efficient response by building an organization specifically dedicated to the promotion of true image and discouraging false propaganda against Pakistan by utilizing Search Engine Optimization (SEO).

Pakistan should also use the Shanghai Cooperation Organization (SCO) platform to mobilize diplomatic support which will lead towards whitelisting. Pakistan can also garner support from SCO members, particularly China, Turkey and Russia in countering FATF biasness, these steps will not only enable Pakistan from combatting international biasness however but will also help in maintaining cordial relations with other states around the world.

Read more: Pakistan hopeful to get of FATF gray list at next meeting

Pakistan will not back down

Despite black propaganda and fake news to malign her image, Pakistan cannot be isolated because of its strategic significance. Pakistan needs to exploit the revelations made by the Disinfo Lab report so as to compel the international community to take action against the very perpetrators of terrorism rather than faking out victims.

Pakistan will continue exercising its peaceful initiatives and will continue to strive for its international status and national security until a time where it will become successful in achieving its targets.

Read more: FATF commends Pakistan for making significant progress but keeps it in the grey list

Shamoona Zia is a graduate of “Leadership and Management Studies” from National Defence University. She has previously worked in ECP and PRCS as a trainee and social worker, respectively. Currently, she is working at ISSRA, NDU. Her areas of interest include International Relations, Leadership and Management, International Social Work and Political Environment. She can be reached at shamoonazia07@gmail.com  The views expressed in the article are the author’s own and do not necessarily represent the editorial policy of Global Village Space.

Justice Khosa’s remarks: Can the nation still hope for justice?