"Under Ehsaas Income program 1.5 billion rupees business investments have been provided. Furthermore, ration distribution under Ehsaas was continued for pandemic hit families, all families of 219 villages near LOC (Line Of Control) have been included in Ehsaas Kafalat Programme with monthly 2000 rupees along Ehsaas Emergency Cash 12000 rupees are also being provided." 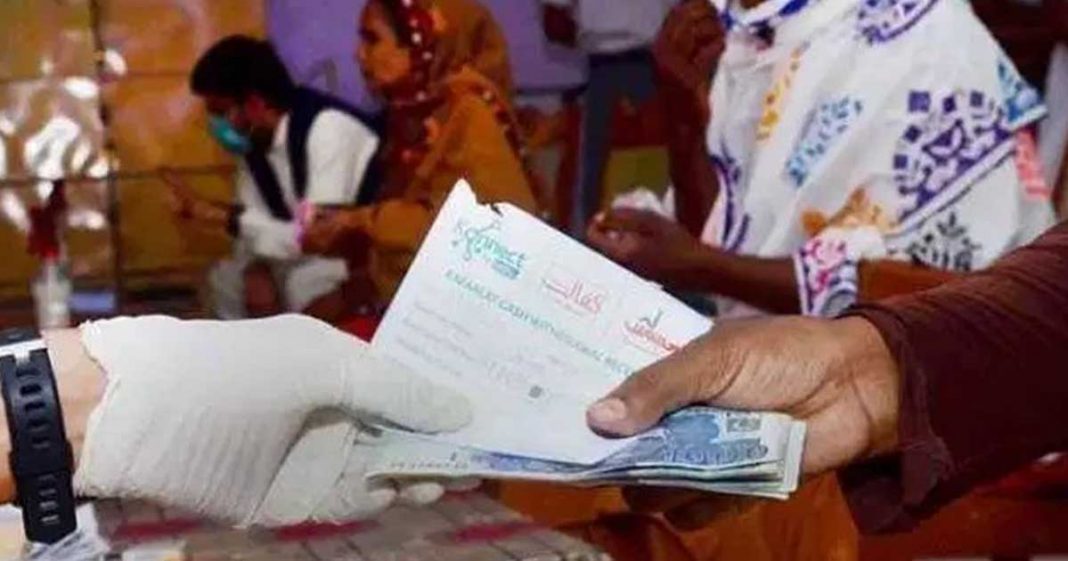 From the very beginning, COVID-19 has been affecting people in the worst way around the world. It has engulfed lives more than that of the entire history of pandemics ever occurred. Ranging from developing and under-developed countries to even the most developed welfare states around the world, all are affected. However, it not only caused damage to the people as a disease, and resulted in lockdown. It dented the economy making the finances of states weak, landing them into the quagmire of economic instability.This caused the poor and daily wagers, to undergo complete conditions of unemployment.

Oxfam International warned that the economic fallout from the current pandemic would push half a billion more people into poverty unless urgent action will be taken to bail out these countries. The agency called world leaders to agree in establishing an ‘Economic Rescue Package for All’ to keep the impoverished communities afloat. Oxfam, further states that there are more numbers of people who would be affected by poverty during the pandemic than the disease itself.

Inclusively, the World Bank And IMF are also supporting such alarming factors. Oxfam’s new report ‘Dignity Not Destitution’, illustrates a fresh analysis that suggests six to eight percent of the global population to be forced into poverty, for the reason that governing authorities have shut down the economic industries, to overcome the spread. This could easily set back the fight against poverty by a decade, and as much as 30 years in some regions such as sub-Saharan Africa and the Middle East and North Africa. Possibly, over half the global population could be living in poverty in the aftermath of the pandemic.

Delivering the $2.5 trillion the UN estimates is needed to support developing countries through the pandemic would also require an additional $500 billion in overseas aid. This includes $160 million, which Oxfam estimates are required to boost public health systems in poor countries, and $2 billion for the UN humanitarian fund. Emergency solidarity taxes, such as a tax on extraordinary profits or the very wealthiest individuals, could mobilize additional resources.

Saved by the empathy

However, during the pandemic, Pakistan launched Ehsaas Emergency, a social protection program providing financial support, during these hard times, during the first phase it has provided for 12 million households with long term goals to increase the pursuit of financial inclusion. It is built with the aim of shifting the payment ecosystem, towards a more digital-based system. Initially, 144 billion rupees were allocated for it but now the funding has been increased to Rs.203bn. Moreover, the number of individuals to be supported increased from 12 million to 16.9 million families, an estimation of 109 million individuals. Effectively, more than half the country’s population will benefit from this due to the reason that people in the informal sector or working-class were concerned about the implementation of the lockdown in mid-March causing a halt within the economy.

Additionally, in countries like Pakistan where nearly 40% of people live in poverty and more than 24 million workers either earn daily or piece-rate wages or are self-employed, proving that the emerging economic crisis hit the population hard. Pandemic crises, like COVID-19, gives humankind the chance to end poverty, inequality, and environmental degradation. Moreover, multilateralism is a primary requirement to fight the coronavirus pandemic. The Alliance for Poverty Eradication can aid this transformation.

Understanding through a different perspective

In our systematic lifestyle, it’s difficult to comprehend the problems a daily wager goes through. However, Ehsaas Emergency enables the government to accommodate to these daily wagers with the best possible means. Over the course of 10 days in lockdown, Pakistan’s government had launched the program, rolling out a safety-net at unprecedented speed, designed to offer immediate relief in the form of $75 to the poorest and heavily damaged families.

A United fight for Life – COVID-19 and Ehsaas Emergency

Now, Pakistan’s largest social safety net program is receiving praise for its staunch effort of keeping the poor afloat amid the pandemic. International forums like World Economic Forum And Asian Development Bank are appreciating Ehsaas and recognizing Pakistan’s efforts to fight poverty in the times of COVID-19.

Deserving individuals in Sindh gain the most from this apolitical decision and Sindh share was increased from 22.45% to 31%. The motive behind the Ehsaas Emergency Cash program is to reach the common people with immediate assistance in this crucial time. Initially, Pakistan’s Government successfully transferred Rs. 120 billion in 9 weeks to over 10 million families in a transparent manner to deal with the COVID-19 fallout on the poor.

Overall, Rs. 194 billion has been paid out up till now in four months to more than 16 million families in a transparent way. It means that every second family was supported financially. It is highly commendable.
Foreign diplomats also recognized the scale and design, speed of deployment, transparency safeguards, and real-time evaluations hardwired in the success of the largest ever Ehsaas Emergency Cash, Pakistan’s social protection response to COVID19.

Federal Govt. is also focusing on the eradication of stunted growth of children in Pakistan through Ehsaas especially in tribal areas of Khyber Pakhtunkhwa, Balochistan, Gilgit Baltistan, and Sindh. It is also going to open Ehsaas Nutrition conditional cash transfer facility in 9 districts with 31 nutrition centers.

To date, more than 254.95 billion rupees, other than Ehsaas Emergency Cash, have been spent for social protection and poverty alleviation under the program through different categories, including 24.1 billion rupees for
Interest-free loans, 4.8 billion rupees to a graduate scholarship program for talented students under HEC, more than 4.5 million women have been benefitted under the Ehsaas Kafalat program, more than 6 Ehsaas-SaylaniLangar have been opened in Punjab, Sindh, Khyber-Pakhtunkhwa and Islamabad under a public-private partnership.

‘Langar on Wheels’ is also serving the poor during the pandemic, under Ehsaas Income program 1.5 billion rupees business investments have been provided. Furthermore, ration distribution under Ehsaas was continued for pandemic hit families, all families of 219 villages near LOC (Line Of Control) have been included in Ehsaas Kafalat Programme with monthly 2000 rupees along Ehsaas Emergency Cash 12000 rupees are also being provided. This can be seen as a movement towards a true humanitarian evolution, through the changes in motion.

Dr. Zeeshan Khan is an analyst, commentator and contributor to the Op-Ed pages of different newspapers in Pakistan and India. Twitter: @DrZeeshanKhanA1 Email: dr.zeeshan.alias.ghazikhan@gmail.com; The views expressed in this article are the author’s own and do not necessarily reflect the editorial policy of Global Village Space.