After sending tons of medical equipment to Pakistan, China has again come forward to help fight against COVID-19. They announced to send “walk through technology” to the country. Chairman National Disaster Management Authority (NDMA) Lt-Gen Muhammad Afzal revealed that walk-through machine would enable local authorities to test a large number of suspected people for the novel COVID-19. 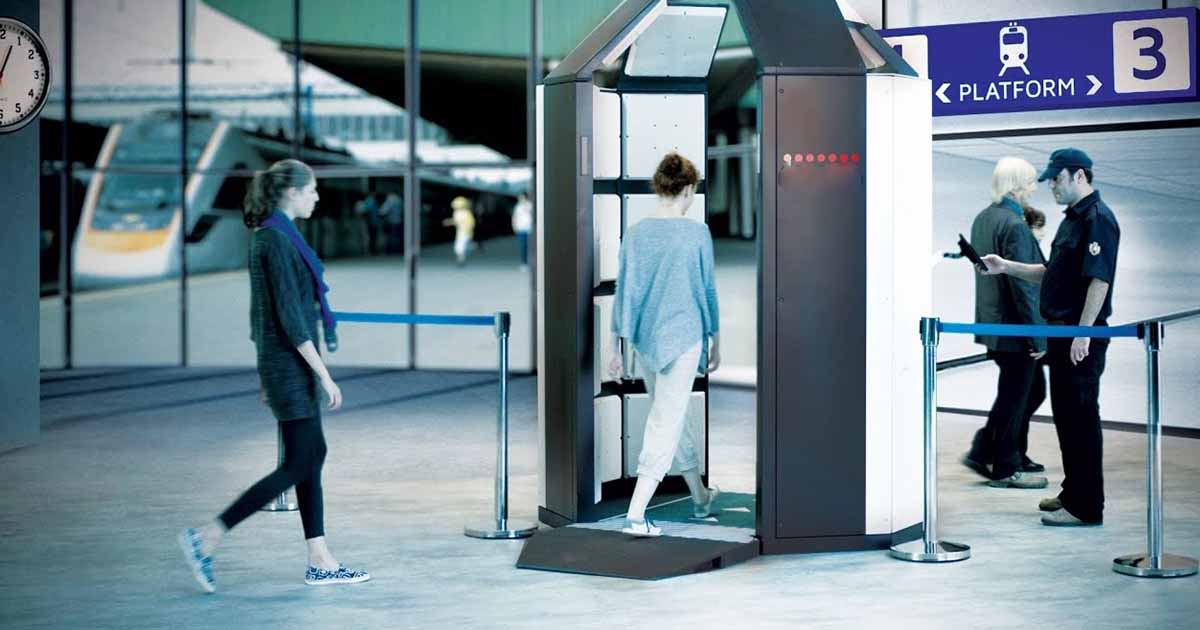 National Disaster Management Authority (NDMA) Chairman, Lt-Gen Muhammad Afzal, has said that the Chinese government was dispatching a “walk-through technology” to Pakistan to test a large number of suspected people for the novel coronavirus strain, COVID-19.

While addressing a joint press conference with federal ministers in Islamabad, on the 26th of March, he said, “Walk through machine is very huge and it will arrive at Khunjerab Pass by next week”.

The current national tally of COVID-19 patients has crossed 1100. Out of these, 422 cases have been reported in Sindh; 131 in Balochistan; 405 in Punjab; 123 in K-P; 91 in Gilgit-Baltistan; 25 in Islamabad; and one in Azad Jammu and Kashmir, along with nine deaths. Such a development is highly anticipated as our medical professionals are struggling to potently control the spread of this advancing virus.

The NDMA chief also said that the COVID-19 machine would enable the authorities to screen people in large numbers – “where testing every individual is not possible”.

“We are also making arrangements to test people in different cities through this machine”. Till April 5th, all 30,000 doctors working at different hospitals in the country will be provided with a protective equipment box, he added.

“5,0000 diagnostic kits will be arriving in Pakistan by tomorrow [27th March],” he said, adding, “This equipment will be distributed in all provinces as per their requirement.” Lt-Gen Afzal said that areas, where number of coronavirus cases are high, will be disinfected on the priority basis from tomorrow.

Federal Minister for Planning, Development and Special Initiatives, Asad Umar, also spoke on the occasion. He said that Prime Minister Imran Khan is going to announce two big initiatives soon to deal with the coronavirus crisis.

Walk through #coronavirus machine from #China to arrive in #Pakistan soon

He explained that the one of the initiatives is related to the teams of volunteers. The prime minister had previously announced that food rations would be distributed to deserving people if the complete lockdown was imposed in the country. “Another announcement is about the donations – as many overseas Pakistanis want to donate.”

Umar further added that with the consultation of all provinces it has been finalized that all educational institutions across the country, which were initially closed till April 5, will remain shut till May 31. In fact, “a meeting will be held tomorrow [28th March] to resolve the issue of transportation of food supplies and essentials”, he said assuring that there is no imminent food shortage in the country. “There is no shortage of wheat in the country”. He also said that all political parties and provinces are working jointly to resolve the crisis.

The Minister for Religious Affairs, Noorul Haq Qadri, also present at the presser, said “the government has decided with the consultation of religious clerics that mosques across the country will not be closed”. However, he also added that sick, elderly and minors have been advised to offer prayer at home. “Congregational prayers will be limited allowing only those associated with the mosque – those who are healthy will be allowed. Minors and elderly won’t be allowed.”

Qadri believes, “religious leaders have a responsibility to create awareness and tell people to say their prayer at home due to the coronavirus outbreak”. Later in the day, the Sindh government imposed a ban on five-time congregational prayer, including Friday prayer, effective from today till April 5th. This initiative was taken in a bid to limit the spread of contagion and further promote self-quarantine.

On the 25th of March, Jack Ma’s Jack Ma Foundation and Alibaba Foundation sent a cargo plane with a large consignment of epidemic relief material arrived to Karachi from Wuhan, China. This included one million masks, out of which 50,000 were N-95 masks. The flight also contained 16 or 17 ventilators, along with other protection equipment.

This is supposedly one of many flights that will be sent this month. Furthermore, Ms. Yan Chen, Managing Director, Challenge Group of Companies from China called on Prime Minister Imran Khan on Thursday and donated 15,000 Protection Suits to be used by Pakistani Doctors and para-medical staff while dealing with COVID-19 cases.

In fact, Chairman NDMA announced that 20 tons medical goods and 20 ventilators will be sent to county soon from China. He added that China will also send an eight-member team of doctors with medical goods next week.

EU ‘possibly as bad as China’ on trade: Trump

Is a forward bloc in making in Punjab?

Sheikh Rashid claims next few months to be critical for Pakistan