“Covid-19 crisis is breeding opportunities for the Muslim World to bury mistakes of the past and establish a common ground against a humanitarian crisis. OIC should call for an emergency virtual summit to create a joint task force to counter COVID-19.” 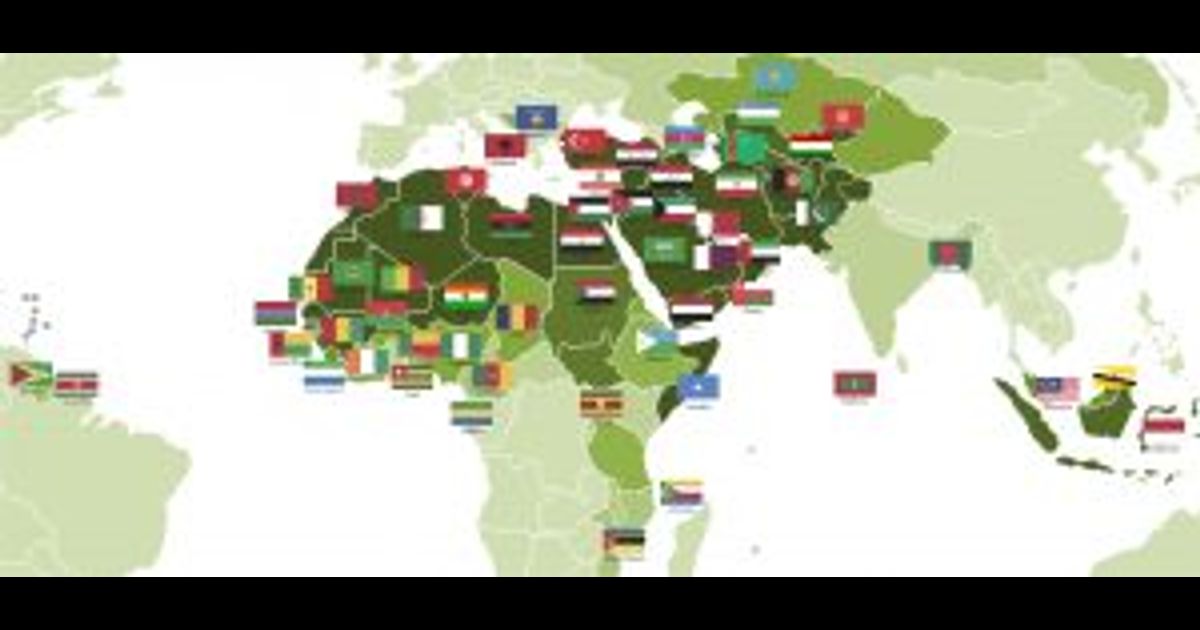 Threat Perception: Between Lockdown or No Lockdown:

Since World Health Organization (WHO) has declared a global health emergency, 199 states around the globe including the Muslim world has followed suit and extreme preventive measures have been taken to stop the spread of the virus. The question is, will complete lockdown of the world stop this pandemic?

While mainstream reports say yes, German-based world-renowned expert in medical microbiology, Professor Sucharit Bhakdi, has claimed an opposite view after modelling COVID-19 since its first spread in Wuhan, China. He said, “blaming new coronavirus alone for deaths is ‘senseless’, ‘dangerously misleading’ and ‘collective suicide’ for the whole society as this new virus is not different from the previous ones.”

He warned and highlighted future implications of lockdown:

– Services to patients will reduce

– Economic meltdown will threaten the lives of billions of people

In the midst of conflicting reports on COVID-19 implications on the global scale, one phenomenon is plain and clear, that this crisis is reshaping the world order. Weaponized exploitation and politicization by state and supra-state actors for their vested interests in their respective fields such as; medicine, finance, diplomacy, politics and security is becoming a common practice.

Where does the Muslim world stands in this crisis and how it can respond to the challenges that are coming in the foreseeable realpolitik world order? Following outline on crisis highlights areas where the Muslim world should ponder and in response to the existing arcs of crises, establish a common ground with a vision to unify the Muslim World.

COVID-19: An Outline on The Blueprint

The call for the first virtual OIC summit is the need of the hour. COVID-19 crisis is a great lesson for the Muslim World to bury the mistakes of the past and pave the way for a shared common ground for the development of a healthy and one Muslim world, free from all sectarian and western created false binaries which have been hindering their mutual development of overall prosperity and image of the Muslims in the world. The virtual summit should be based on a three-point agenda:

The joint task force of OIC will comprise of medical doctors, technocrats and military personnel who would initially develop a framework from respective OIC offices in their capitals and then coordinate accordingly after assessing the medical, financial and security requirements of all the Muslim states. This joint task force of the Muslim states can not only help themselves but if established with effectiveness, can provide services to the rest of the world, here is how this can be achieved through the establishment of essential core groups:

*ATOMS: Advisory Team of Muslim States. This joint special advisory team lies at the top of the pyramidal structure of governance to counter COVID-19. The organizations and the systems which lie at the semi-periphery and periphery will be interconnected and report to the top. For example:

– At semi-periphery: research groups, military core groups and command and control systems (CCS) as regional emergency cells will be connected to ATOMS at the top and federal/district management groups at the bottom.

– At periphery: replication of the same system can be implemented at the provincial level in the Muslim states. SOP’s and response structure can be established which will connect research groups, military core groups and CCS at the semi-periphery and ATOMS at the top.

– Objective: when this power structure is established then Technical Working Groups (TWG), Regional Committees of relevant ministries, provincial and district departments can be harmonized into an organ under the leadership of ATOMS at the top and research, military and command & communication bodies at the bottom.

*Essence of Pandemic Preparedness Plan. Designated laboratories and hospitals in the major cities of the Muslim world that are collecting the samples from suspects must coordinate with each other to establish data for the research core group. The initial preparation for containment and mitigation includes the availability of essential supplies, safe collection, storage, packing and delivery of samples that can be done through military core group. Assessment should include the availability of ventilators, medicines/anti-viral, and complete supportive treatment along with backup and contingencies. Simultaneously, the logical use of resources and framework needs to be established for every stockpile. For immediate and larger objectives for pandemic preparedness following outline on the blueprint provides multi-faceted strategies to counter COVID-19:

*Medical Research and Analysis Wing. The wing is responsible to carry out medical research and operations concerning the coronavirus pandemic. This wing is an extremely important component of the whole body as all other calculations are dependent over it with future preparations and response from all other groups. A good response must be supported by reliable and verifiable technical data from the cream of medical doctors from the Muslim states.

– The reports on the epidemiological investigation and quantum analysis and index must be submitted to the health administrative bodies and simultaneously to regional health institutes of Muslim states on regular bases.

– Major institutes of health in major cities of Muslim states should work with the research core group to establish a hub of data collection.

– The research group after evaluating the data can help in the extension of testing facilities to underdeveloped areas and countryside with the help of CCS and military core group.

– The collection of medical data can then be used for a core medical team who will solely work on the evaluation of COVID-19 and its vaccination.

Finance and resources for Muslim state: OIC must create an ‘Emergency Fund’ in this regard. This group is responsible for financial resources that must be allocated for an operation to ensure health protection. All the elements related to medical research are directly dependent on funding.

Surveillance and response structures in Muslim world: This group is responsible for screening at international airports and ground crossings in between the Muslim states. This group is linked and works in coordination with:

– Reporting units with this surveillance will engage all the stakeholders regarding health.

Joint Military Core Group: The assessment of supplies such as medical equipment, personal protective equipment, laboratory diagnostics, rapid infrastructure-related materials and identification of sources to secure provision and availability of all aforementioned elements cannot become successful without military core group. This group while relying on the information from HRM and RAW must also make risk assessment analyses.

These should include the availability of ventilators, medicines/anti-viral, and complete supportive treatment along with backup and contingencies. Simultaneously, the effective use of the resources framework needs to be established for every stockpile. Military core group with medical doctors can establish mobile testing laboratories in underdeveloped and conflict-ridden regions. Through these measures, using COVID-19 crisis, Muslims states cannot not only coordinate with each other but also establish the framework for future Muslim Peacekeeping Force (MPKF).

Human Resource Monitoring Group: Monitoring and evaluation is a mandatory component for continual improvement. The history of civilization has never seen such a phenomenon; therefore a model to counter it is likely to be the most unique one. This group is comprised of dedicated committees with trained personals in the field of human resource management that must continuously monitor and evaluate.

This group is linked with all the other component of the organ, especially when it comes to intelligence-based monitoring. This group can provide essential information to a military core group that is in charge of providing essential requirements to war-torn and sanctioned Muslim states. HRM will, in turn, lead to a much more robust plan for any such emergency in future and will coordinate with policy wing for predictive analysis in the larger scale.

Policy Wing for Muslim World Order: The policy wing for assessing strategic impediments in the consequence of global lockdown and consists of technocrats and researchers from following ministries and dived into three sub-groups:

Finance Wing: Assessment and impacts of the global economic meltdown.

1- Perpetual rise in US debt and fall in US dollar reserves – currency warfare.

2- Fall in oil and gas prices – halt in revenues and logistics.

3- Digitalization of US Dollar – reshaping of global political economy.

4- Future electronic currency as a mode of exchange and its impacts on the Muslim world order.

5- Assessment and prospects for future joint Muslim fund to bypass the US dollar.

1- Assessment of the agricultural states.

3- Creation of survival matrix where Muslim states share the burden of each other; from basic items such as; food, medicine, oxygen, medical kits and water supplies to finance, oil and gas in case of the worst scenario.

1- In cooperation with a military core group and foreign affairs, defence wing is responsible for strategies to help Palestinians, Syrians, Libyans, Iraqis, Afghanis and Yemenis amid coronavirus pandemic.

2- The military core group in cooperation with Defense wing can be enhanced in future to establish “Muslim Peacekeeping Force” (MPKF) to establish Muslim order in conflicted areas.

3- Simultaneously, consultation for health crisis management from the World Health Organization (WHO) and states such as China who are becoming successful in countering COVID-19 can be taken to establish SOP for regional teams.

4- For consultation regarding finance, International Monetary Fund (IMF) and World Bank Group (WBG) should be observed for possible outcomes of the lockdown and their impacts on Muslim states with several variables.

5- The other stakeholders that are connected to the policy wing for Muslim world order are following ministries of Muslim states:

As established in the aforementioned blueprint, it is always difficult to counter with immediate effect in case of an eventuality, but with collectivism everything is possible. The blueprint to unify Muslim world against COVID-19 is coupled with strategic gains that are essential for the Muslim World to survive in the 21st global statecraft.

Read more: India is busy in hating Muslims in the age of pandemic!

The dramatic changes and reshaping of the world order is taking place before our very eyes it is essential for the Muslim world to ponder on the issues which through collectivism can be resolved on an immediate basis. The victory mainly relies upon very well integrated approach at provincial, national and regional levels. This is what the Muslim world needs, perhaps immediately!

Sibtain Ahmad Dar is pursuing his M.Phil. in International Relations from the Department of Political Science, Punjab University, Pakistan. He specializes in Pakistan affairs and geopolitics, specifically the US strategy in the Middle East and South Asia. He has written a thesis titled: “The Clash of Islam and Zionism: The Final Clash before the End of History”. He can be reached at daar.sibtain@gmail.com. The views expressed in this article are author’s own and do not necessarily reflect the editorial policy of Global Village Space.

US Central Command: We are not seeking war with Iran