COVID-19: PSAC announces to reopen schools in Karachi from June 15

Pakistan’s virus tally tops China as the country reports move than 85, 264 cases. Amidst the rise of COVID-19, the heads of the Private Schools Action Committee (PSAC) have announced to reopen schools in Karachi from June 15. What can the provincial government do? 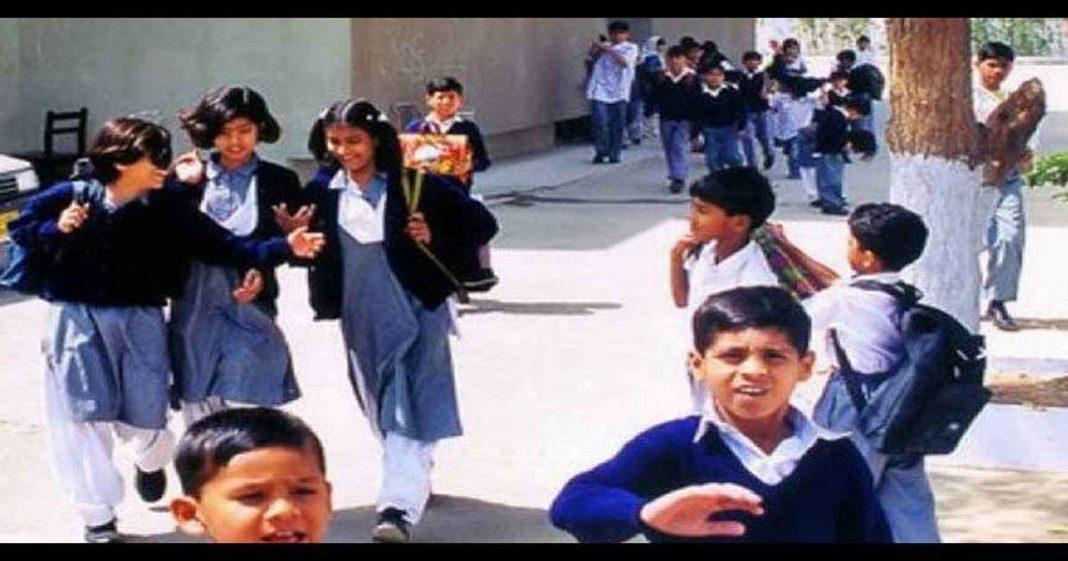 The heads of the Private Schools Action Committee (PSAC) said that education was not among the priorities of the government, adding that the school owners have decided to challenge the coronavirus ordinance and have already prepared school SOPs meaning they are going to reopen schools in Karachi from June 15.

The deadly pandemic is increasing in Pakistan and is likely to pose a serious public health crisis for the incumbent government in the coming days.  Private school owners and religious clerics announce to reopen madrassas regardless of what the government proposes to follow.

Members of the Private Schools Action Committee at the Karachi Press Club said that the continuous closure of schools has led to starvation in the homes of our teachers and employees, even paying the electricity bill and school rent has become increasingly difficult.

During the press conference, when questions were raised by journalists regarding the advance school fees, the committee members did not have any reasonable response and were seen resorting to diversion tactics.

Notably, the Federation of Islamic Seminaries on Sunday announced to begin admission drive in its affiliated madrassas from June 2, whereas classes will begin from July 12.

According to local media reports, a meeting of the Wafaqul Madaris Al Arabia, which was chaired by Maulana Qazi Abdul Rashid at Jamia Ashrafia in Lahore, also decided to take private schools on board and pressurize the government to allow Tableeghi Jamaat to resume its socio-religious activities.

The announcement comes as the National Command and Operation Centre (NCOC) recommended that the educational institutes should be kept closed till August, as the summer season and pandemic would be at its peak in July.

As owners are going to reopen schools in Karachi, addressing a press conference following the meeting, Maulana Rashid said a final decision regarding the matter will be taken by the leadership of the federation and Tanzeemul Madaris Ahl-e-Sunnat Pakistan, declaring that madrassas “could not afford” to remain closed any longer.

Why did the administration announce to reopen schools in Karachi?

Dr. Ahmed Usman, an Associate Professor of Sociology at the Institute of Social and Cultural Studies, University of the Punjab, Lahore, believes that: “Pakistani society is generally considered as a traditional society whose fabric is woven with the threads of norms, values, and cultures that are mostly shaped up by the complex theological underpinnings. Societal norms encourage social gatherings and overwhelming ways to express care, grief, and sorrow. The patterns of greetings are further formed as per religious frameworks that yet again emphasizes on kindness, generosity, and warmth ensured through reducing the physical gap between people. Religious rituals including Ibadaat at Mosques and religious congregations are considered compulsory in Islam. With this kind of widespread belief system, people believe that while they are in a state of ablution, no disease can harm them.”

He also noted that “arguably, the belief system encourages them to violate the man-made rules of lockdown that they think are baseless and a conspiracy of enemies to weaken the connection between God and them.  As lockdown restricts people from going to mosques and attending congregational prayers, it is considered an enemy’s tool to disconnect true Muslims from thy Lord.”

It is worth noting that the apex court not only ordered the reopening of shopping malls but also noted that Pakistan “is not … seriously affected” by Covid-19 and that there is no pandemic in the country. However, Pakistan has had at least 43,966 confirmed cases and more than 900 deaths since March, and the numbers keep rising. At least 500 Pakistani healthcare workers have been infected too, which shows that the country has been hit by the COVID-19 outbreak.

“This is a medical emergency, therefore, an opinion of medical experts be sought in a similar fashion as the court did in the controversy regarding Zakat distribution,” the Attorney General of Pakistan (AGP) argued while emphasizing that none of them was qualified enough to grasp the real danger being posed by the outbreak of global magnitude.

However, the five-judge bench in its order stated that although the AGP and AG-Sindh had requested the apex court to constitute a team of doctors to seek their opinion, the court, for the time being, did not find this essential as the government functionaries were alive and could do whatever they could in accordance with the law.

As the owners are going reopen schools in Karachi, experts in Pakistan have warned against the premature easing of lockdown restrictions, fearing an exponential rise in infections. One healthcare worker said: “Everyone’s scared and exhausted. But we are fighting, we are pushing the limits. All we ask is that the government and people understand that they can help us help them by staying at home and providing us quality protective gear.”

Previous articleIndia, a colossal washout in US versus China showdown
Next articlePakistan surpasses China in number of coronavirus cases

News Desk - 26 July 2021
PM Imran Khan appears to be planning to take Sindh in next elections. GVS learns this after talking with PTI insiders including Haleem Adil...

26 July 2021
Previous articleIndia, a colossal washout in US versus China showdown
Next articlePakistan surpasses China in number of coronavirus cases