Extraordinary steps need to be taken. As classic human behavior in corona outbreak scenarios is procrastination, denial, and self-rationalizing. Pakistan’s majority populace depict such behavior, believes behavioral economist. He says, Covid-19 should not be discussed as a virus that requires “social distancing” rather focus should be on calling for “physical distancing with social solidarity.” 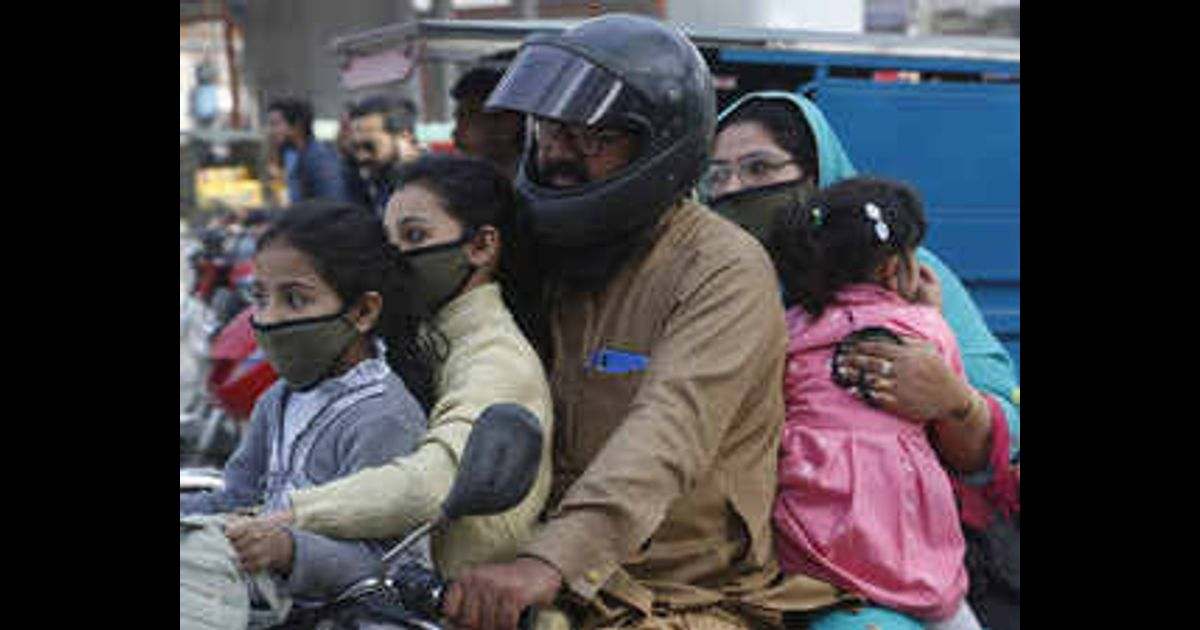 Infectious diseases like Black Death, Plague, Cholera, Spanish Flu and SARS have shaped history and economies. The new coronavirus (Covid-19) is a threat to both health and economy and will be new chapter in history that will shape the global economy. So far with no vaccine, prevention and individual changes in behavior and life style seems to be an optimal mitigation strategy.

It is vital for the Government of Pakistan to understand human nature when drawing up public policy, as policy failures occur due to lack of cooperation, empathy, and trust between governments and citizens.

Classic human behavior in such scenarios is procrastination, denial, and self-rationalizing. Pakistan’s majority populace depict such behavior. Both developed and developing countries have taught us the following lessons: hospitals are not the frontline in this viral war.

Medics only treat the fallen. The virus doesn’t spread, we spread it. There is no medical solution yet. We are the ONLY solution. In order to have the kind of behavior that makes us realise this, it should be easy, attractive, social and timely.

Behavioral Economics has shown successful interventions in advancing preemptive measures. Containment and treatment is highly dependent on individual decision-making which, ironically in this case, is a societal matter.

In other words, when facing infection control interventions, individual behavior is critical not only for the self but for society as a whole. As per Orthodox Economics ‘Man is Rational’ and if this was the case the management of such a communicable disease would be very simple and straightforward.

Interventions like prevention, protection and containment would be implemented efficiently and effectively. Unfortunately, this Homosapien is not at all rational rather uses availability heuristic and exhibits a state of panic as fear hovers around him/her.

In public health campaigns, fear is used as a tool to change human behavior but research like Ruiter and Kok in 2005 revealed that warnings have limited impact on behavior.

The way social media and media channels are showing the horrors of Covid-19, in a short time, people will rationalize this effect or put their heads in the ground like an ostrich. Behavioral economics suggests that people listen to positive information and avoid bad information.

Covid-19 should not be discussed as a virus that requires “social distancing” rather focus should be on calling for “physical distancing with social solidarity.”

According to Cass Sunstein, a Harvard professor and author of “Nudge”, whenever an event like Covid-19 triggers negative emotions, people tend to disregard how likely it is to occur and focus exclusively on its potential impact points, which is called “probability neglect.”

In Pakistan, the issue is not just the content of message communicating a risk (hint: graphic information is generally best), but also involves the timing, medium and messenger.

The statements by Prime Minister Imran Khan regarding this virus have created a trust deficit in the government (if India with more people below the poverty line can enforce curfew, why can’t we; with people not out and about and businesses closed, how is the PM expecting the daily wager to benefit and NOT transmit or catch the virus making matters far worse than feeling his/her family).

And because most, did not really believe him, it is equally hard to believe the information being delivered by his government’s medical experts (the PIMS director made us all feel very safe saying the ten-bed quarantine is quite sufficient for equipped to deal with the crisis).

Covid-19 poses an unknown risk which is multiplying with every passing second if no stringent measures are taken.

In such scenarios, citizens exhibit two kind of behaviors – either they will act selfishly, ignore all social protocols  and start panic buying which we have already seen in different cities allowing artificial price hikes and shortages of sanitizers, wipes, and even masks.

Or, people act extremely altruistically, helping others in chivalrous ways by making social groups and helping the daily wagers and punishing those who selfishly take advantage of the situation.

It is rather sad that the government seems to think, Pakistani people will not act selflessly to help those in need when push really comes to shove.

Kwok et al conducted a study in 2015 revealing that on average, we touch our face 23 times per hour. So yes, hand hygiene an essential and inexpensive preventive method to prevent viral transmission.

Haushofer and Metcalf from Princeton University revealed in their study that installing low cost, colorful soap dispensers, toy like soaps for children and emotional hygiene promotion campaigns are effective in stimulating hand washing behavior in people.

Preventive interventions reduce viral incidence in a greater than proportional degree due to the effect of indirect protection.

Using Behavioral Insights, it is crucial that Government of Pakistan should focus on creative messaging (case in point David Beckam’s I Stay At Home For the Sake of My…campaign) through people who are at the center of a network and who are “good” at spreading information among peers or who have the ability to increase “dissemination.”

With this ongoing crisis and Pakistan’s institutional capacity one cannot be sure that with 10-15 days lock down the country would be virus free (which of course our Prime Minister has still not made a “U-turn” on…yet).

This implies that interventions need to cause behavioral changes that are maintained over a long period of time and continuously monitored using bioindicators. Think of this as an opportunity in terms of changing the life styles, behaviors, more collectiveness, long-term health benefits and positive environmental impacts.

Isolation is one of the measures to fight the virus but it has a negative psychological impact on people’s well-being, making them feel lonely.

Lets stop being so generic and focus on more specific things which families, who are self-isolating with or due to elderly and vulnerable members, can do and how (case in point, in the UK, whats app groups are helping families set up daily routine timetables to provide more structure to pass time instead of binge-watching sit-coms or surfing news channels).

Media in Pakistan has a new challenge on how to communicate with citizens. Besides speed, they need to be honest, credible and more importantly, empathetic.

So far, they have gone above and beyond to spread the right messages but when you see a talk show host talking to a studio filled with a packed audience; or a reporter without a mask in the middle of a market place, surrounded by a dozen people waiting to get into the frame, you tend to believe them far less when told to “stay home to stay safe”.

One needs to use ‘visual hammer’ to convey their message in a meaningful manner.

In order to prevent a recession as result of Covid-19, governments should spend freely on their health system without the fear of deficits. Bond markets will buy long-term securities. Behave as you would at war time.

In this time of crisis, the Government of Pakistan should provide social incentives to public officials and provinces which are positively fighting the virus to create a sense of confidence among citizens, rather than the feeling that “oh, well, if they want to lockdown, it’s their choice.

We think one should wait and see what works.” We should monitor the progress of various ministries and provinces and reward instantly not in monetary terms, but through acknowledging them (sure, China has done well, but hey, Sindh and KPK are also taking the fight head on).

Read more: Can Covid-19 bring US and Iran closer?

If we want to motivate change, we have to rethink our strategy (if there is one, which I don’t really see anywhere except in a nicely drafted and formatted policy framework which might as well have been written in Dothraki). Fear induces inaction and the thrill of gains induces action.

The writer is a Behavioral Economist based in Islamabad. He can be reached at aneelsalman@gmail.com. The views expressed in this article are the author’s own and do not necessarily reflect the editorial policy of Global Village Space.

This is why we must urgently adopt digital cash in Pakistan

What is big data and why is there so much buzz around it?