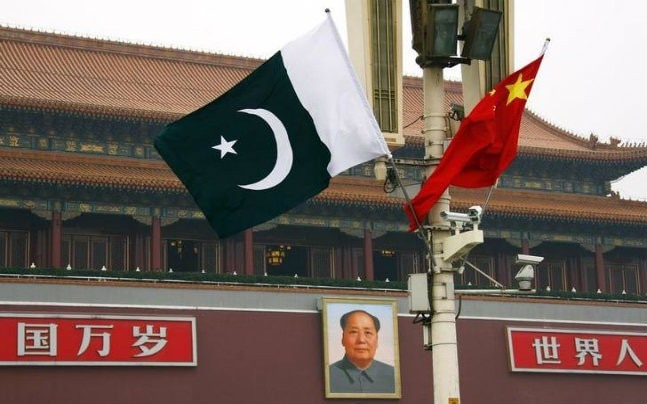 Beijing- Hua Chunying, the Chinese Foreign Ministry spokesperson has clarified “China’s stand on the disputed valley will not be affected by China-Pakistan Economic Corridor,” on Friday during a press conference in Beijing.

She, while responding to questions, reaffirmed China’s historic stance on the matter saying, “On the Kashmir issue, China’s position is consistent and clear-cut.”

When questioned about India’s protest against Pakistan declaring Gilgit-Baltistan as part of Pakistan proper, Chunying answered that China-Pakistan Economic Corridor’s development (CPEC) will not affect China’s viewpoint on the Kashmir issue.

This situation has an interesting background. India is protesting on the news that Pakistan is considering to turn Gilgit-Baltistan (GB) into a fifth formal province. The territories that now constitute GB under Pakistani administration have historically been part of the princely state of Jammu and Kashmir. In 1947-48, Gilgit scouts rebelled against the Maharaja and opted to join Pakistan.

From 1970’s onwards, Pakistan under the government of Zulfiqar Ali Bhutto started treating Gilgit-Baltistan, an entity separate from Azad Kashmir, and as part of formal Pakistan. This was also the time period during which Karakoram Highway (KKH) was being completed.

KKH was a joint venture of Pakistan and China and several thousand Chinese and Pakistani workers died during its difficult construction through some of the most difficult terrains of the world.

India then, in 1970’s, seldom mounted any serious diplomatic challenge to the passing of the KKH through Gilgit-Baltistan. However, since 2015, when the plans for CPEC started emerging India took the position that CPEC is passing through a disputed territory.

It is believed in Islamabad, that as India’s criticism took an international form Chinese and Pakistanis started to think of giving GB the formal status of a Pakistani province. Now however, India is objecting that Pakistan cannot convert GB into a formal province.

This situation became a little bit more complex this week when Kashmiri leaders, part of the Hurriyat Alliance in the Indian-administered Kashmir also took a strong exception to the news that Pakistan is considering to turn GB into a formal fifth province. Kashmiri leaders asserted that Gilgit-Baltistan along with Azad Kashmir and Indian occupied Jammu and Kashmir together constitute a historic entity and its future is still undecided. Though Kashmiri leaders condemned the Indian position in the strongest possible terms, nevertheless, their criticism of Pakistani plans on GB appeared like an unexpected gift to the strategists in New Delhi’s South Block.

On Tuesday, China had again expressed hopes that Pakistan and India will resolve their ever-persistent Kashmir issue through renewed dialogues. Ever since the right-wing government of Narendra Modi took power in June 2014 all process of dialogue between the two nuclear nations of South Asia has come to a dead end. Whatever hopes existed of a dialogue received serious setback last year when intensified public protests broke out in the Indian-administered Kashmir after the killing of Kashmiri freedom fighter Burhan Muzzafar Wani. Well above a hundred people, including women and children died in firings by the Indian security forces, thousands have been arrested and almost 200 have been shot by pellets in the face and eyes.

Earlier this week, Beijing had explained that it looked forward to working with India and Pakistan as full members of the Shanghai Cooperation Organization (SCO).

The countries inclusion in the SCO aims at bringing prosperity to the whole Asian region in terms of security, stability and development.

The CPEC project passing through Pakistan is part of the overall strategic vision of One Belt One Road (OBOR) put forward by the Chinese president, Xi Ji-ping in 2013. This initiative envisions a regional network of roads, rail links, fiber optics, and industrial zones. CPEC is an integral part of OBOR that is taking shape at the moment. Russia, Iran, Turkey and Central Asian Republics are all deeply interested in CPEC and OBOR. India is perceived as being antagonistic to the whole vision of OBOR. Successful completion of CPEC will limit Indian influence in the region, as it will give Pakistan the opportunity to become the pivot of a new trading region.

US economic growth slowed in 2019, hit by trade wars

“One Country, Two Systems” under threat in China: US