Crackdown against digital media and its impacts for PTI

Social media was the most effective tool used by the PTI to come into power. However, the party has now decided to control the digital media. How will it impact the PTI’s overall narrative and ideological stand? Will PTI be able to stand by the same law once it is out of power? 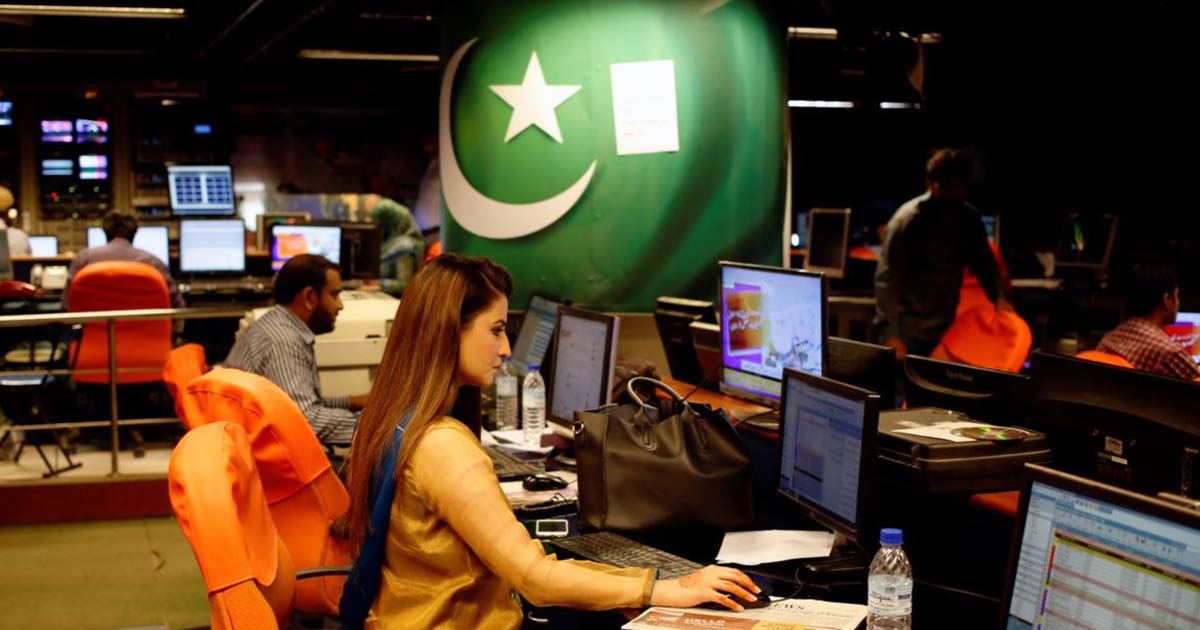 Civil society and rights’ organizations believe that the government is desperate to curb media freedoms to hide its dismal economic performance. PTI’s government has allegedly pressurized the media house owners to follow a less critical approach while discussing its economic policies. In doing so, some journalists were forced to quit their jobs, sources informed GVS.

The government is very protective of some of minsters. However, journalists exposed some scandals which created the overall mess.

Dr Hassan stated that while the government has said that these rules are intended to prohibit ‘unlawful’ online content, HRCP is concerned that they will enable the designated authorities to control freedom of expression and opinion in the guise of protecting ‘religious, cultural, ethnic and national security sensitivities’.

“Such broad parameters could well be used to justify removing online content deemed critical of state policies or to access unencrypted user data, making ordinary users vulnerable to the misuse of personal data. Political dissent will be the first to suffer,” the press release said.

“These stringent but vague rules approved by Pakistan’s federal cabinet threaten the ability of journalists to report the news and communicate with their sources,” said Steven Butler, Committee to Protect Journalists’ Asia programme coordinator.

He also suggested the government to immediately review its decision and correct itself. “The cabinet should immediately reverse course and seek broad consultations with legislators and civil society, including the media, on how to proceed with any such regulations,” he added.

What is Citizens’ Protection Rules, 2020?

According to the document titled “Citizens Protection (Against Online Harm) Rules, 2020”, social media companies, including Facebook, Twitter and YouTube, will have to register with the government within three months of the coming into force of the new rules.

They will be required to establish a permanent registered office in Pakistan with a physical address located in Islamabad within the same period.

Read more: How can the government protect journalists?

Digital media companies will have to appoint in Pakistan, a focal person based in Pakistan for coordination with the National Coordinator and the concerned authority within three months of the date of coming into force of these rules.

They will have to establish one or more database servers in Pakistan within 12 months to record and store data and online content, within the territorial boundaries of Pakistan for citizen data privacy.

The companies will be required to remove, suspend or disable access to such account, online content of citizens of Pakistan residing outside its territorial boundaries and posts on online content that are involved in spreading of fake news or defamation and violates or affects the religious, cultural, ethnic, or national security sensitivities of Pakistan.

Moreover, if communicated by the authority that certain online content is false, the companies will be required to put a note to that effect along with the online content.

The social media company shall provide to the investigation agency designated or established under Section 29 of the act, any information or data or content or sub-content contained in any information system owned or managed or run by the respective social media company, in decrypted, readable and comprehensible format or plain version in accordance with the provision of the aforesaid act.

Authorities would be empowered to take action against Pakistanis found guilty of targeting state institutions at home and abroad on social media. The law would also help the law enforcement authorities obtain access to data of accounts found involved in suspicious activities.

It would be the said authority’s prerogative to identify objectionable content to the social media platforms to be taken down. In case of failure to comply within 15 days, it would have the power to suspend their services or impose a fine worth up to Rs500 million.

The legislation, in addition, defines terms such as social media, social media company, law enforcement, and the law in this context. Matters highlighted by the authorities may be taken up in high courts in all four provinces.

Journalists believe that the PTI is going to be the suffering party if it decides to impose such draconian laws to control digital media.

It is yet to be seen whether after severe public backlash the federal government looks into what it has already passed or not.

Court declares Nawaz Sharif absconder: Will he return to Pakistan?