In the wake of certain political messages being flown past Cricket stadium in Pakistan and Indian matches, cricket gets more political as several Sikhs were sent out of the stadium for chanting political slogans against India. 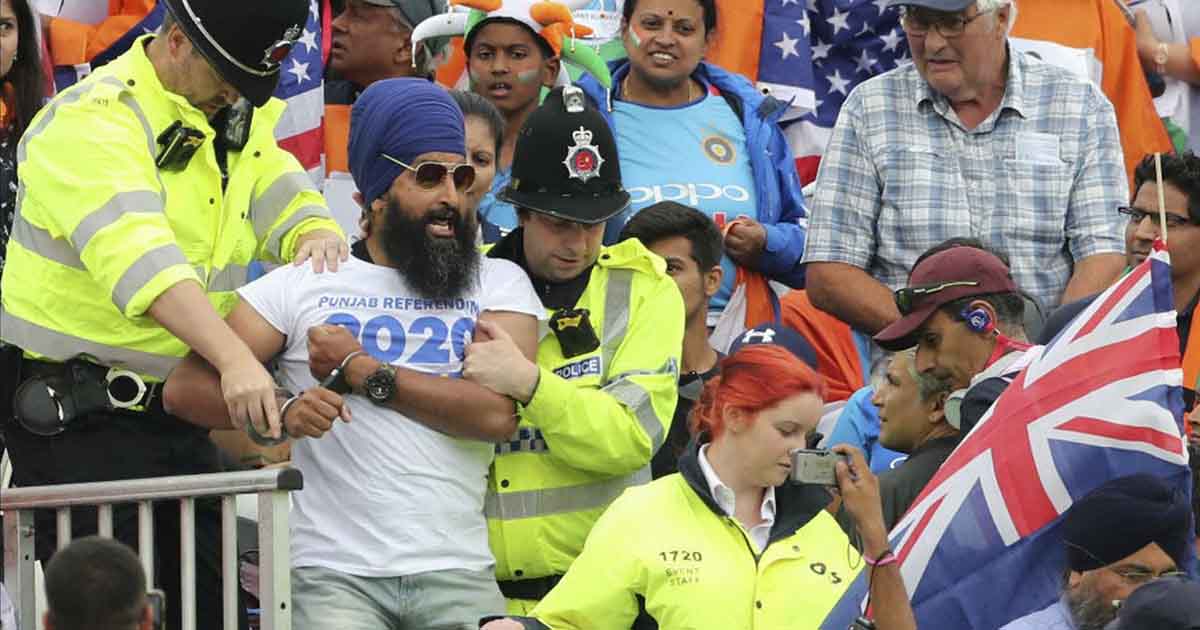 A number of Sikh spectators were pulled out from the Old Trafford stadium during the first semi-final of India vs New Zealand on Tuesday.

The Sikh spectators apparently wore T-shirts and held banners demanding a referendum on an independent homeland to be made out of India.

Ground security went into the stands and got the fans out of the stadium without much resistance and handed them over to the police,” a police officer at the ground told AFP on condition of anonymity.

“There were four Sikh guys who were wearing T-shirts with some political message on them and it is not allowed.”

The supporters of Khalistan movement have been holding rallies in England to support their cause.

India has been confronting political protests during earlier matches.

In more than one match, private planes were spotted flying across the ground displaying political slogans on the banner.

A plane carrying a banner with the message “India stop Mob Lynching” and “Justice for Kashmir” crossed the Headingley ground during India-Sri Lanka match.

West Yorkshire Police say no crimes have been committed and "people have the legal right to protest"https://t.co/iMriPs9dgw

Earlier, an aircraft flew with the banner “Justice for Balochistan” during the game between Afghanistan and Pakistan

India expressed its concerns to ICC on multiple political slogans displayed by private jets and demanded clarity on the process put in place to avoid political slogan fiasco in Manchester.

The game’s governing body previously said: “We do not condone any sort of political messages at the ICC Men’s Cricket World Cup.”