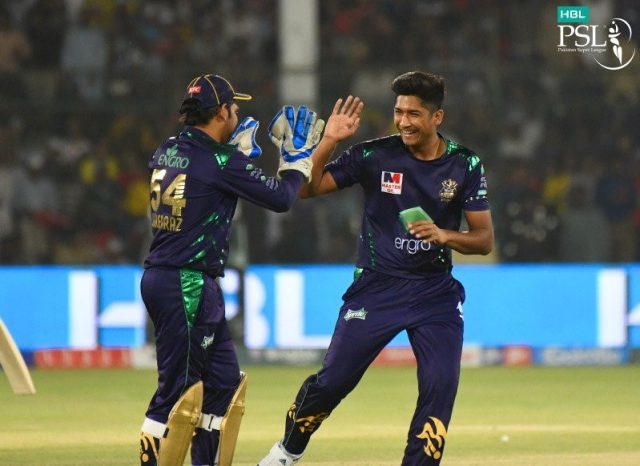 Popular personalities from every walk of life attended the match and celebrated the returning of international cricket to Karachi after a prolonged gap of nine years. The popularity of Pakistan Super League brought it in the top five international trends on social media yesterday.

All the celebrities and important personalities appreciated the efforts of security agencies and Pakistan Cricket Board in conducting a peaceful match in Pakistan’s largest city.

John E. Warner, the United States’ Acting Consul-General in Pakistan, offered praise and congratulatory remarks to the PSL’s winning team. In his video message, he also said the US Consulate’s staff also conveyed their applause for Islamabad United.

Meanwhile, the celebrities continued to express their joy in their social media posts.

“Congrats to Islamabad United ‘the Champions’. Pakistan won today! Best of the day was excited yet very disciplined spectators of Karachi. Nothing can defeat our national passion”, COAS.

#PSLFinalinKarachi #PZvsIU What a matchhhhh…. Great fight back #PeshawarZalmi & Congrats Islamabad United. #PSL2018 has shown the world how PAKISTAN has fought back to re claim PEACE! My gratitude to all the international players who came to Pak… CONGRATULATIONS PAKISTAN!!! pic.twitter.com/hxQ220bgrs

Had Akmal taken the catch, the result might have been different .. Anyway it turned out to be a good game of cricket.. Mubarak to Islamabad United.. Thanks to all the players for making this PSL entertaining and so much fun. Good job done by PCB.. Pakistan Zindabad!

Chairman Pakistan Tehreek-e-Insaf extends his heartfelt greetings to Islamabad United and other teams for playing extraordinarily throughout the tournament. #PSLFinalinKarachi pic.twitter.com/6KLMcZtR98

#PSLFINALINKARACHI is a real dilemma for me who lived several years in Peshawar and now live in Islamabad. I cannot choose side. Peshawar Zalmi or Islamabad United? That is the question. @EUPakistan pic.twitter.com/dlp8jLBOkD

Here in the US, 5 of the top 8 trending issues on Twitter now relate to #PSLFinalinKarachi.
Many outside Pak are paying attention to PSL…

I felt blessed to see the love of the people , to see karachi coming back in action and to witness, at the national stadium, the undeniable reason to Believe in Pakistan. I love my people I love Pakistan #PSLFinalinKarachi pic.twitter.com/qKhXDxZz2w

Hints of Gulf rapprochement: Iranian tactics may be paying off

Military Courts in Pakistan: Why and Why not?