Russian model Viktoria Odintcova claims she once rebuffed Cristiano Ronaldo after the football megastar slid into her Instagram DMs, also saying she is currently in contact with Neymar.

Brunette stunner Odintcova – known as Viki – is famed for her incredible curves, which she regularly flaunts to her 5 million Instagram followers.

When asked on Russian YouTube show ‘Macarena’ whether anyone as famous as Ronaldo had ever ‘liked’ one of her posts, she replied:

That happened… He (Ronaldo) even wrote to me. It was a long time ago. He wrote, ‘Hi, how are you?

“I deleted the message and didn’t reply,” the Russian beauty said.

Odintcova added it was a common tactic for men to dangle her a line on Instagram in the hope of getting a bite.

“It seems to me they write everyone the same message, they send out a newsletter and then whoever replies, ‘OK, let’s do it.’ For me that’s not interesting,” she said.

Read more: Cristiano Ronaldo Finds Lady who Fed him Burgers when he Begged for Food

When asked to confirm that she had rejected the chance to get to know Ronaldo better, Odintcova was categorical.

“Of course I didn’t give him a chance, come on! I know some other girls he wrote to, so I understood straight away, ‘dude, goodbye, delete.’”

Odintcova reiterated that it had been “a long time ago.”

Ronaldo is now happily settled with partner Georgina Rodriguez as the couple raises four children, including daughter Alana Martina, whom Rodriguez gave birth to in November 2017.

But the Portugal ace previously showed a predilection for Russian supermodels, dating Irina Shayk for five years before their relationship ended in 2016.

While Odintcova says she gave Ronaldo the cold shoulder, she revealed she is currently in touch with some of the world’s biggest sporting names, including footballer Neymar and British F1 world champion Lewis Hamilton.

Read more: Messi has ‘made me a better player’, says Cristiano Ronaldo

“The most famous person in my phonebook is Lewis Hamilton. The last time he messaged me was November 15, to congratulate me on my birthday,” she said.

“We’re friends, we just write to each other and call sometimes. He’s in the friend zone…

“I go to his races occasionally, the last time was in Sochi (at the Russian Grand Prix). We’ve been friends for three years. When I met him, I could barely speak English, I could only understand it.”

She added: “I’m in touch with Neymar because he’s friends with Lewis, I know him through Lewis. I understand that he’s a normal guy, we message each other on Instagram.” 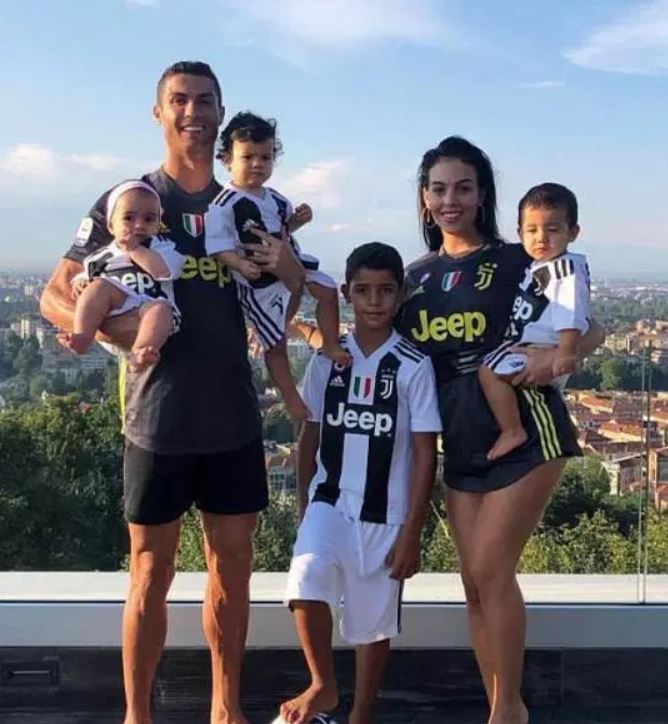 Odintcova is one of Russia’s biggest Instagram names, amassing an army of followers with her photos from glamorous locations around the globe.

Back in 2016 she was linked with F1 ace Fernando Alonso, and also made global headlines the next year for a photo shoot in which she appeared to risk her life by dangling from a Dubai skyscraper.

News Desk - April 2, 2020
U.S. President Trump is coming under increasing attack for the grumpy and boorish response to sharp criticism from American media over the sluggish and...

COVID-19: The most effective way to mitigate the crisis

Trump doubts Chinese coronavirus figures: Asks ‘How Do We Know They Are Accurate’

1 in 9 men develop prostate cancer: But if you know this tumor cell, you can save...