Cutting-down or a complete withdrawal: Limited US forces leave Iraq

Looks like the US is pondering over to initiate the withdrawal of troops from the middle east when a limited number of coalition forces and US soldiers vacated an Iraqi base and handed it over to local authorities. Donald Trump aims to curb the military adventurism of the US and therefore, is pursuing policies that will limit the US military circle of influence. 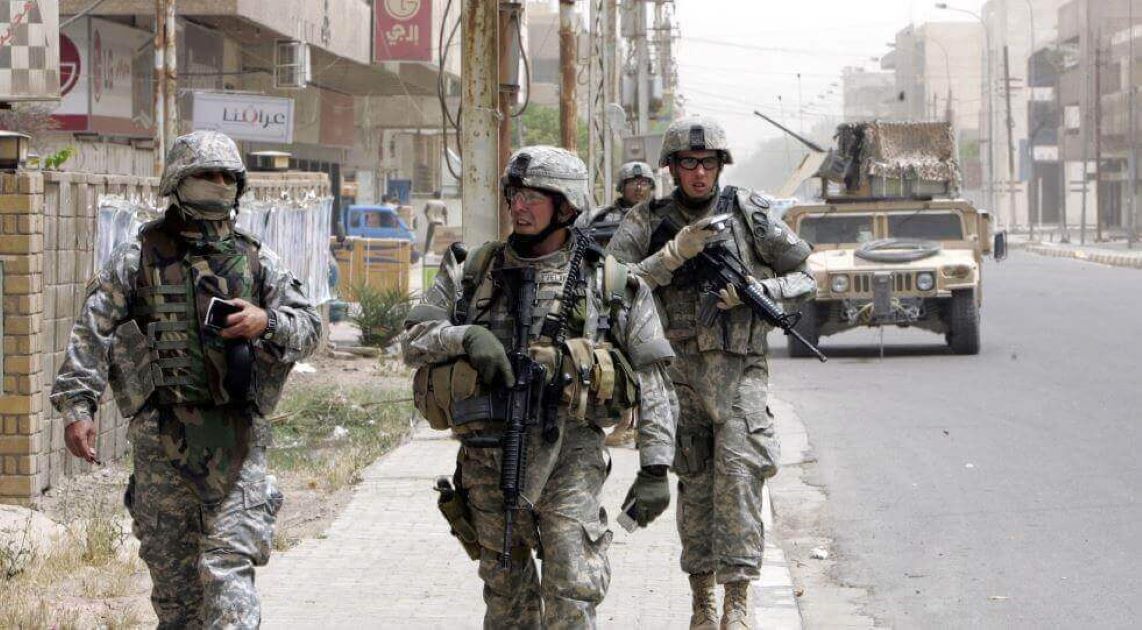 The US and coalition troops have left a military base near Baghdad in Iraq, handing control of the facility over to Iraqi forces. The withdrawal is not the first in recent weeks, yet the US presence in Iraq will continue.

Located 50 miles (80km) west of Baghdad, al-Taqaddum Air Base has hosted coalition troops since 2015. On Saturday, the 500 coalition troops there prepared to move out, handing the keys to the base, along with $3.5 million worth of equipment, over to the Iraqi government.

The US military said as many as four bases were transferred to Iraq during the last month. Coalition forces have already left bases near Kirkuk, Qaim, and Qayyarah, and more withdrawals are planned this year.

#US military leaves another base in #Iraq, yet the US presence in the country will continue https://t.co/IMAIU1YwbU

Troops from the abandoned locations will be repositioned in other bases – for example at Ain Al-Asad Airbase 100 miles (160km) west of the capital.

Coalition officials have painted the move as a strategic consolidation, following the military defeat of Islamic State (IS, formerly ISIS) in Iraq.

According to Operation Inherent Resolve spokesman Brig. Gen. Vincent Barker, the Iraqis have “proven capability to bring the fight to ISIS,” and no longer need American troops beside them.

However, the repositioning comes after a winter that saw coalition bases come under frequent attack from Iranian-backed militias. Clashes occurred at Qaim and Qayyarah, and a rocket attack on the Kirkuk base in December killed an American contractor.

This attack kickstarted a chain of escalation that culminated in the US assassination of Iranian Gen. Qassem Soleimani, which, coupled with a retaliatory missile barrage from Iran, almost brought Washington and Tehran to open war.

And the attacks have continued. Last month, two Americans and one British soldier died as a volley of rockets hit the Taji military base.

The US blamed the pro-Iranian Kataib Hezbollah group and launched retaliatory airstrikes. After that, Taji was hit again, and more coalition troops were injured there.

Following the skirmishes, the Iraqi military called on the US to leave Iraq entirely, as requested by the Iraqi Parliament in January.

However, while the US has pulled its forces from multiple bases in recent weeks, reports about regrouping activity suggest that a full pullout is still off the table.

For some members of the US-led coalition, the ongoing coronavirus pandemic has already forced a retreat. France withdrew its Iraq-based troops late last month “until further notice,” while the UK temporarily pulled out all but “key military personnel” a week earlier.

The Czech military too announced the withdrawal in March, bringing home around 30 soldiers who previously trained Iraqi troops.

Pakistan blasts US for its inclusion in ‘religious freedom’ blacklist

What did the US-led Coalition decide: Defeat Islamic State or Raqqa?