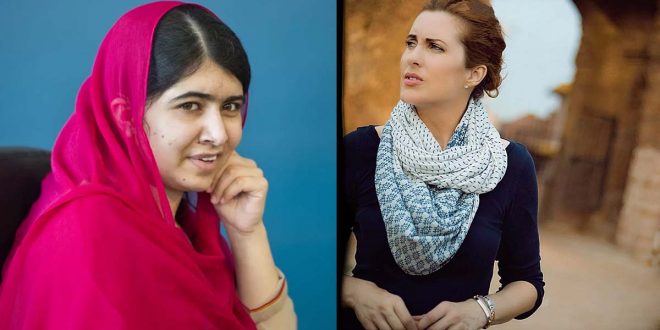 On Twitter, an American lady named Cynthia Ritchie has recently started arousing mixed emotions from people from various walks of people, mostly from Pakistan. Her work is primarily focused on portraying in the west a good image of Pakistan-a country she calls her second home. Cynthia, as we all like to call her, has single-handedly been fighting against the rats and the trash of Pakistani society most of which are now living in America. This Trash Brigade has members such as Husain Haqqani, Raza Rumi, and Yasser Latif Hamdani, whose Twitter handle is @theRealYLH as if he is some sort of a celebrity whose fake accounts exist.

Reminiscent of how the United States SEAL Team Six had 6 in its name in order to fool the Soviets that there were more of such highly trained elite forces. At the outset, I must wipe the mist off of the projected image of these self-righteous, self-proclaimed pseudo liberals. For starters, be warned that if you disagree with them you would be thrown into the dungeon for people who are wrong. Their mindset is basically that the two sides to every argument are; their side and the wrong side.

Someone wisely said that patriotism is the last refuge of a scoundrel. Spoiler Alert: All members of Trash Brigade call themselves patriots.

I was personally flabbergasted at my first experience with them on Twitter when I criticised the western hypocrisy regarding Malala Yousafzai. I was and would always be critical of the western tendencies to claim to be the saviour of humanity by promoting and projecting people like Malala and converting them into a brand of western righteousness against the barbaric tendencies of whoever happens to be the hated entity of the west at a given time. Malala is not the first and surely wouldn’t be the last. There were many before her like Vaclav Havel, Yuri Orlov, and so forth.

Anyway, every time there is critique over Malala, the Trash Brigade unleashes its dirty storm and even questions your mental stability. They wonder how you cannot love Malala? The poor girl who survived the brutal attack and most importantly the young girl who is creating a good image of Pakistan. That people see her around the world and say this is Pakistan. No one can disagree with that. However, the interesting part is that when Cynthia Ritchie does the same for Pakistan, she is made a target of a vicious attack.

Gul Bukhari, an active member of the Trash Brigade and a well known Lifafa journalist, unleashed what could rightly be called the Mother of All Bombs in the arsenal of the Trash Brigade. She called Cynthia Ritchie gori dalli, meaning white female pimp. So much for constructive criticism, decency, and freedom of journalism. But I guess that is what happens when people selectively and without an adapter, if you will, adopt western culture. No wonder people like to have shopping malls, credit cards, and well, free expression like they are in America but nobody wants to stand in line or observe the basic traffic rules.

The Trash Brigade is hinting at the existence of some sort of ISI support for Cynthia Ritchie in the form of fake accounts that support her online. When the conspiracy theory loving crowd in Pakistan talked about Malala to be in cahoots with the United States government or its spy agency, they were made fun of by this very trash of the society. Are they now adding the love for conspiracy to their resume by hinting that Cynthia has the support of the Pakistan Army and the ISI? That would be one hell of a combination; to be trashy and a conspiracy lover. That would be a first, I must give them that.

Cynthia, as we all like to call her, has single handedly been fighting against the rats and the trash of Pakistani society most of which are now living in America.

Their love for Malala and hatred for Cynthia proves only one thing: that they do not care about freedom of education, free journalism, or a positive image of Pakistan. The conflicting feelings toward Malala and Cynthia have to do with whom they see as the sponsors behind. If tomorrow Malala became a puppet prime minister of Pakistan doing the Army’s bidding, this very Trash Brigade will hate her. Hating the Pakistani Establishment sells in America and these people would even sell their own mothers to say the least.

Raza Rumi, the editor of Daily Times, is a known anti-Pakistan establishment pseudo patriot. I used to contribute my opinion pieces for the Daily Times. Rumi was supportive until my writings became more and more away from his narrative. One day I sent in an article criticizing another opinion article written by Mehreen Zahra-Malik titled, “Who’s afraid of Imran Khan’s Pakistan? Almost everyone” that had appeared in Washington Post. My article was published by Daily Times but it was taken off that very day from the website.

When I asked about it, one of the editors informed me that it was taken off because it was against the editorial policy of the newspaper. I didn’t buy it so I called up Rumi on his cellphone. He told me that actually it wasn’t edited properly and that it would go online again shortly. Long story short, they sat on the article. It was never published again. After that my articles started getting ignored by the editorial team. They just stopped publishing me. So much for free press, journalistic freedom, “curbs on media”, assault on media, self-censorship, and so forth.

The Trash Brigade is hinting at the existence of some sort of ISI support for Cynthia Ritchie in the form of fake accounts that support her online.

Rumi’s guy Yasser Latif Hamdani (remember the real slim shady), wrote an article for the Daily Times Op-Ed section. It was titled “Jewish supporters of Nazism” where he gave an example of a Jewish man named Max Naumann who was against the Nazis but still had the decency to accept the election victory of Adolf Hitler in 1933. Later, that man was thrown in a dungeon. The real slim shady goes on to say that true patriotism is to stand up to power.

Read more: School in Texas to be named after Malala Yousafzai

Up until there, it is all fine but once you realize that Hamdani (the real) lives in America and issues such brave statements against the army instead of facing the fire like Naumann did, then all his argument shatters just like the fake smile on his face. Through the entire piece, he keeps referring to himself as a true patriot. Someone wisely said that patriotism is the last refuge of a scoundrel. Spoiler Alert: All members of Trash Brigade call themselves patriots.

In his piece, Hamdani (the real) has used extreme words that sell like hotcakes in America. I should know, I lived there for about a decade. Hamdani (the real) uses titles such as “Fuhrer” for Imran Khan. He says Pakistan is on the brink of a “holocaust of Ahmadis”. That word “holocaust” pushes the right buttons in American society. Real life villains such as Adolf Hitler are thrown in there to make his writing perfectly acceptable to his paymasters.

Imran Jan is a political analyst, he can be reached at imran.jan@gmail.com. The Views expressed in this article are author’s own and do not necessarily reflect the editorial policy of Global Village Space.

Previous articleHussain Haqqani to be brought back through US State Dept
Next articleChina “Blast of fresh air” while US ties have “a heavy price”: PM Khan

18 June 2021
Previous articleHussain Haqqani to be brought back through US State Dept
Next articleChina “Blast of fresh air” while US ties have “a heavy price”: PM Khan